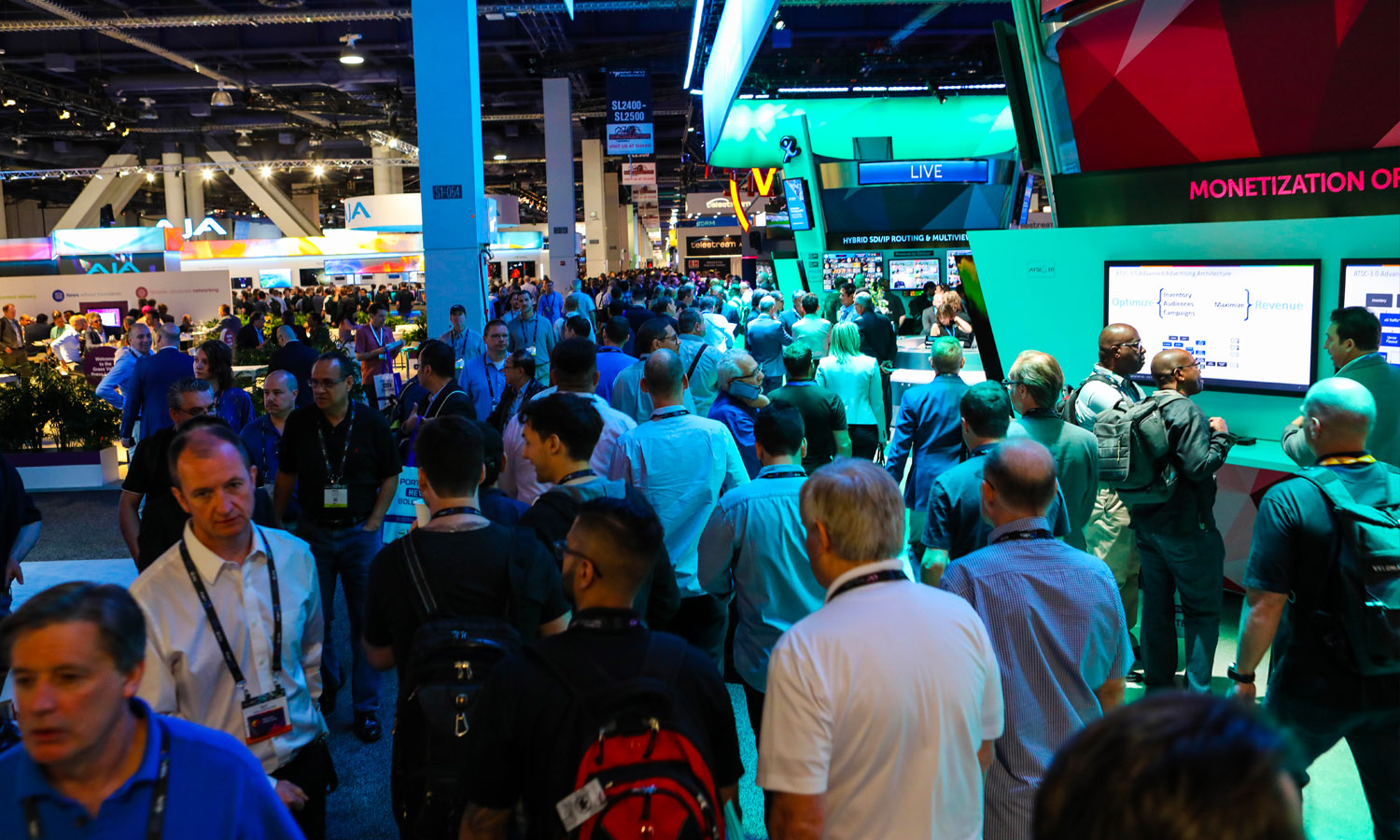 The NAB Show has always been evolving and changing with the media industry, but has it evolved past the audience that needs the trade show floor?

The NAB Show has been the world’s largest and most important trade show for the media industry since 1971, gathering engineers, creatives, producers and vendors from around the globe.

But under the surface, attendance for this show has been declining steadily even prior to the COVID-19 pandemic, with approximately 91,000 registrants attending the April 2019 gathering. This decline, from over 100,000 in 2017, comes as the broadcast industry also continues to see a shift in economic models and consolidation of local television stations.

This may be a make-or-break year for NAB Show, with an inescapable mix of problems merging into the perfect storm.

The NAB Show has been splintering, trying to figure out how to adapt and stay relevant in a rapidly changing industry. Only a few years back the show tried to rechristen itself as the media, entertainment and technology show, branding the conference as The MET Effect.

This move towards entertainment and technology has led to the addition of many sessions that relate more to the motion picture industry, such as two of the headline sessions in 2019: behind-the-scenes of “Spider-Man: Into the Spider-Verse” and “Captain Marvel.”

This rethinking of the audience is no surprise with upwards of $60 million in revenue for the National Association of Broadcasters generated from the trade show and other events throughout the year according to financial documents reviewed by No Film School.

Meanwhile, longstanding show floor vendors have carried on, improving their year-round marketing and outreach, learning how to use state-of-the-art sales tools and funnels, relying less on trade show lead generation – and saving the expense of a multi-thousand dollar barista on the show floor.

So, is the NAB Show still relevant for broadcasters?

So far, about 600 exhibitors have signed on to attend the 2021 NAB Show in Las Vegas, down from over 1,600 in 2019. Meanwhile, multiple halls at the Las Vegas Convention Center, including the brand new West Hall, will remain shuttered.

Rachel Wimberly of the Trade Show News Network notes in a recent think piece that measuring the success of a trade show by the attendance or show floor is not the right metric. Instead, Wimberly suggests focusing on the energy and business getting done.

While there might be energy and buzz around the return to in-person events, the show is already exploring a change to a hybrid format.

Ultimately, this may be a make-or-break year for NAB Show, with an inescapable mix of problems merging into the perfect storm.

From organizations currently facing staffing issues, resulting in less time to travel, to scheduling issues with the move to the fall, broadcasters are likely debating if the show is necessary or if they can wait till spring. As well, the vendors who used to rely on the show floor haven’t been sitting idly by; they have also programmed the past year with virtual events and demo days.

Consider the networking angle which NAB Show heralded in their “why attend” language at past events, noting that prospective attendees could make “game-changing connections.”

With the current issues surrounding the pandemic and dangerous variants, the normal events that occur during the week of NAB Show, including parties, private suites and informal gatherings for a drink will also likely be curtailed.

International vendors and attendees will also face obstacles to even enter the United States, not to mention quarantine protocols and NAB Show–specific restrictions, making it fairly impractical to attend.

As someone who has attended the show since 2007, I hope they figure it all out, but unfortunately, it feels like the odds may not be in their favor—at least not in the favor of broadcasters who want an industry-focused, professional event. The future of the NAB Show, from the National Association of Broadcasters, could turn out to be more like a mini CES.

If you’re going for face-to-face networking purposes this year, then prepare to make special arrangements. Reach out to people you already know and trust—and whom you know are vaccinated and at a low risk for contracting a serious case of coronavirus. Make sure you know federal and state emergency restrictions on travel.

What about experiencing novel broadcast technology on the trade show floor? I think we all have to wait and see. Or maybe, even next year, we’ll all just tune in.