Scripps‘ Newsy is rebranding with a new logo and look as it moves into the realm of over-the-air broadcasting.

Starting Oct. 1, 2021, the streaming and OTT network is adding an over-the-air component and shifting its schedule towards a 24 hour a day model.

Ahead of this, Newsy has already lined up two former CNN anchors along with a former ABC News and NewsNation anchor to host blocks of new live programming, which will originate from Atlanta where Scripps has located other digital networks including Court TV.

The network currently has major operations in Chicago, with three studios and a large newsrooms and Washington, D.C., where Newsy shares space with Scripps’ Washington bureau. The network also draws on Scripps’ local stations across the country. 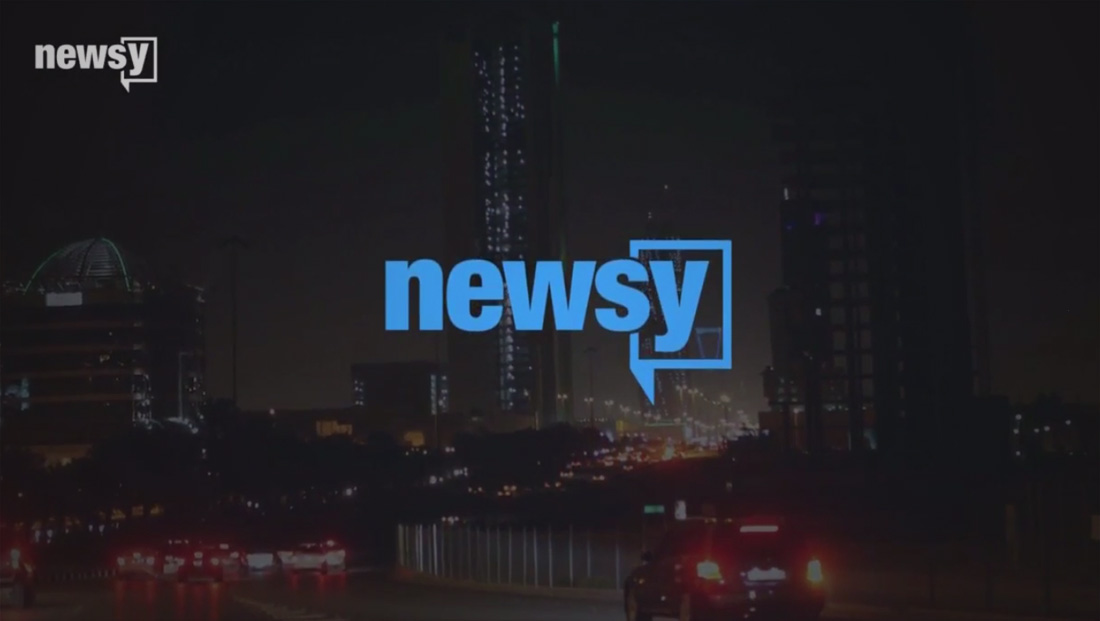 The new logo drops the “boxed in” “y” that goes back to the network’s “News with the why” tagline.

It also switches from blue to violet, also getting a sharp, angular geometric logotype that “clips” the points of several glyphs, while also incorporating a custom angle on the top right stroke of the “E” as it intersects the neighboring “W.”

An accompanying icon design uses a group of triangles arranged to form the outline of an “N.”

The arrows also could be interpreted as the supposed origins of the word “news” standing for “north, east, west and south” as well as “play” and “back” buttons or the “left” and “right” of the political spectrum, including the notion that it is neither side, a nod to how it’s marketed as a bias-free news service.