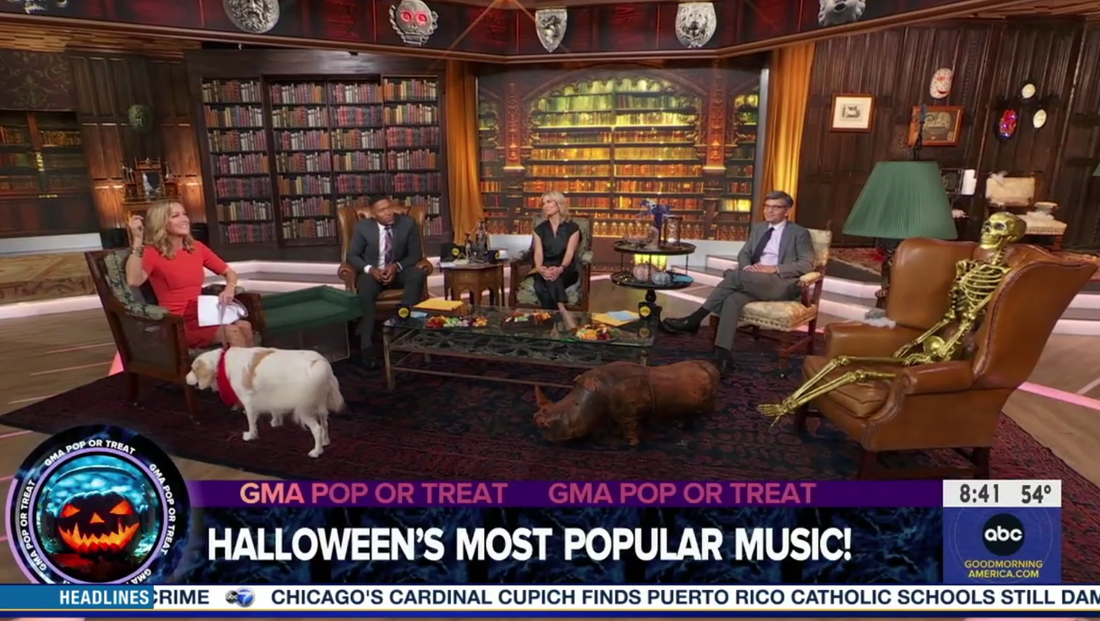 Much to George Stephanopoulos‘ relief (we’re guessing), “Good Morning America” opted out of having the anchors fully dress up in costume Oct. 29, 2021.

Instead, the team moved upstairs into its second floor studio that had been extensively redressed as an elegant, if slightly spooky, library.

The look was achieved through a combination of real scenery and video wall graphics along with a collection of elegant furnishings and set dressing brought in for the occasion. 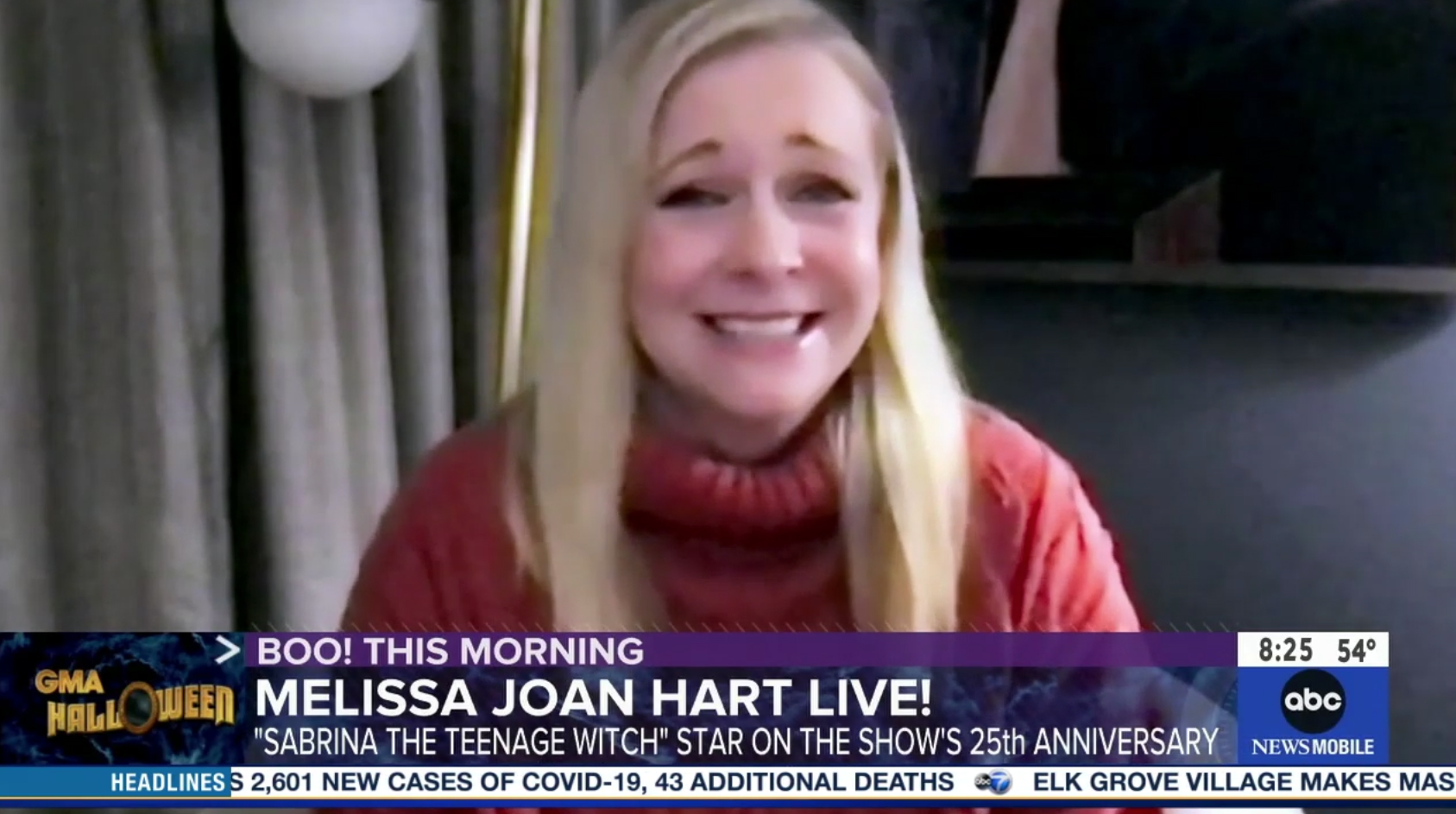 The segments produced in the space included topics such as visits to spooky spits in. the country, costume ideas (including ones for the pets), spooky food recipes and a celebration of the 25th anniversary of “Sabrina the Teenage Witch.”

These segmented featured purple banners with a gold “GMA Halloween” logo on the far left with an oval mirror showing an eerie reflection standing in for the “O.” 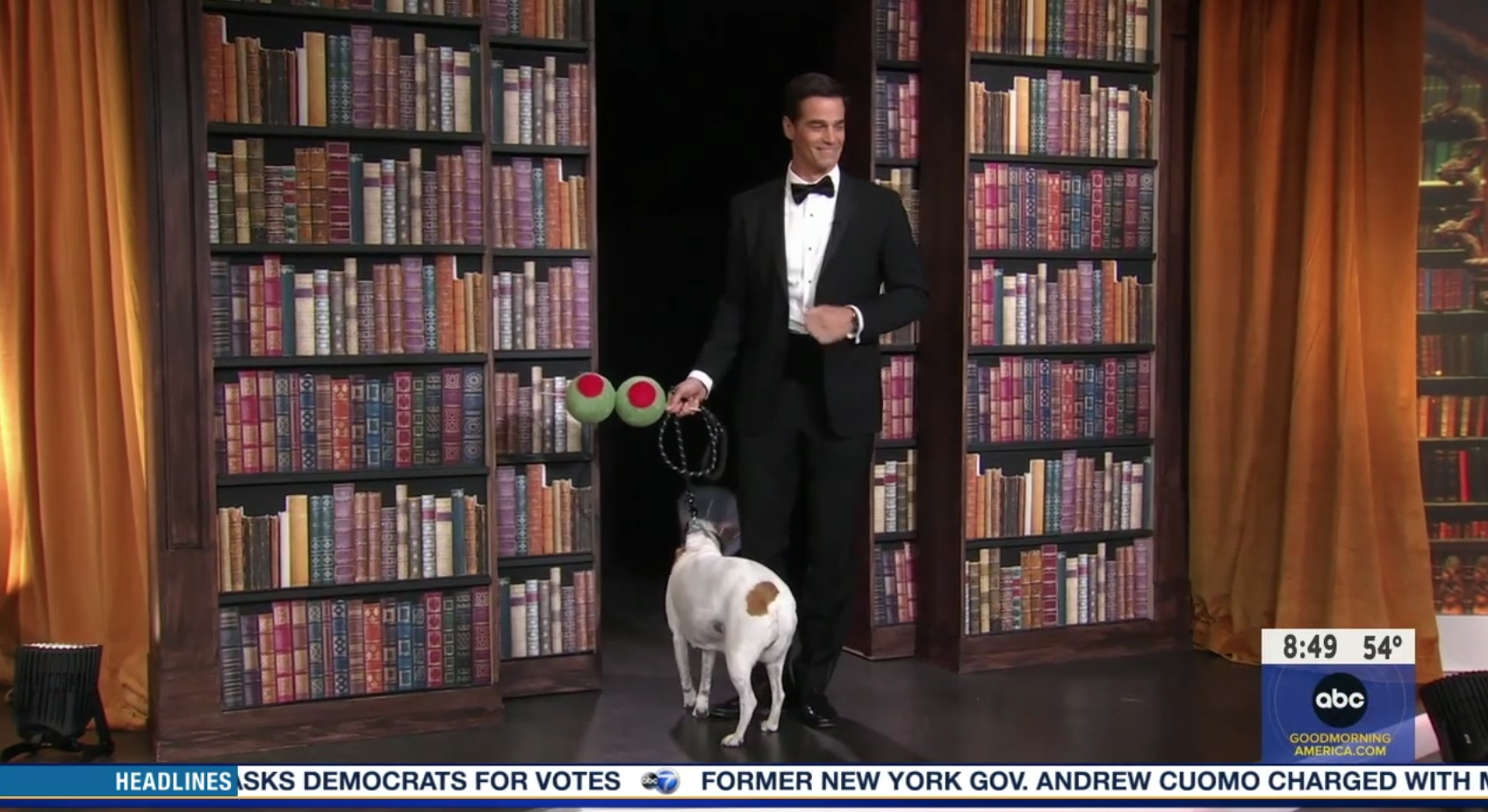 The studio’s main video wall was filled with a computer generated wall of books that complemented the real bookshelves to the left. Perhaps not surprisingly, this bookshelf functioned as a “secret door” style opening.

Rob Marciano was on hand to play various “roles” using costumes, including last minute ways to throw together a look. 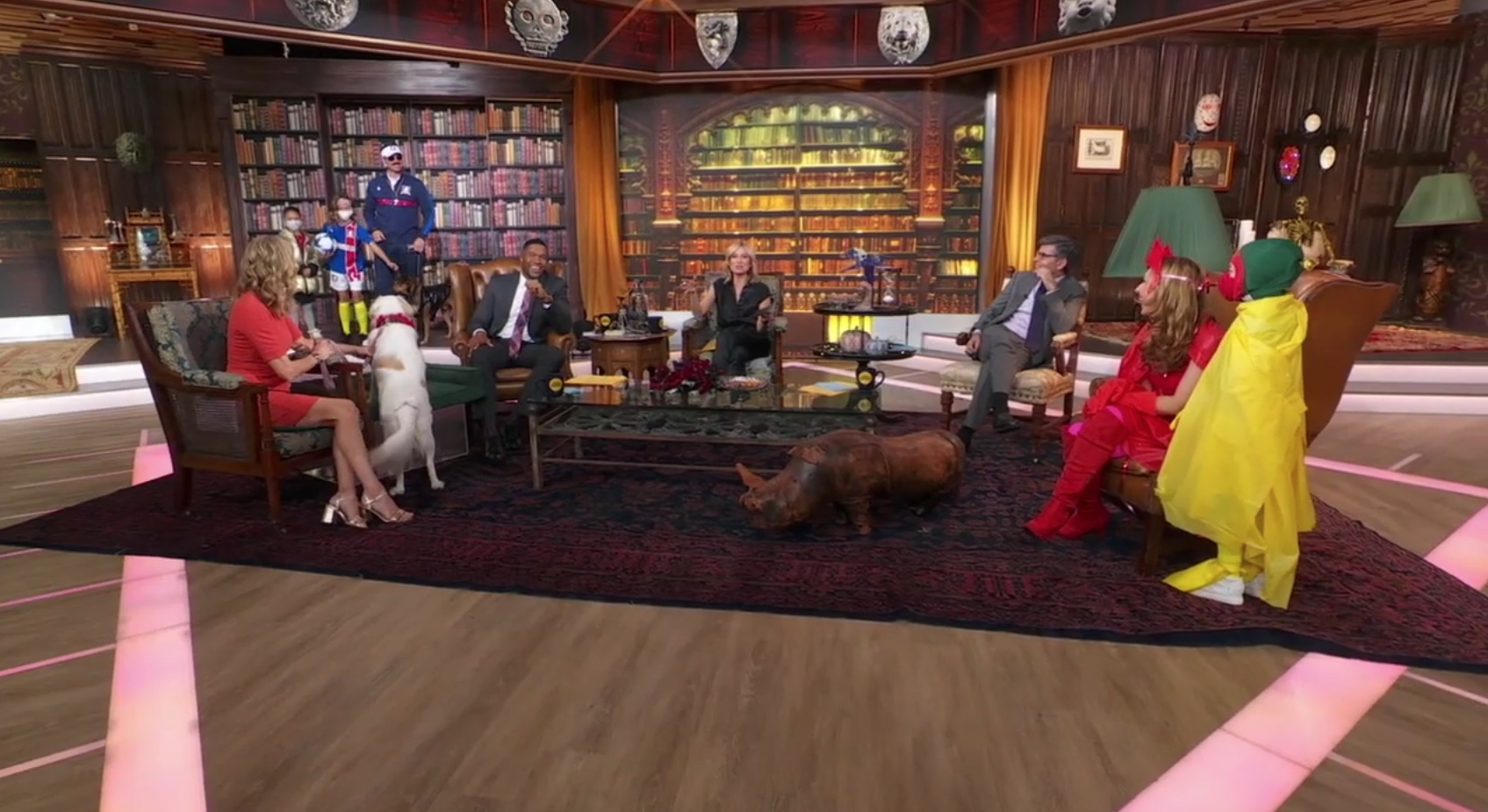 The LED video ribbons were used to showcase decorative shields while rich wood toned walls were brought in to fill out the space. 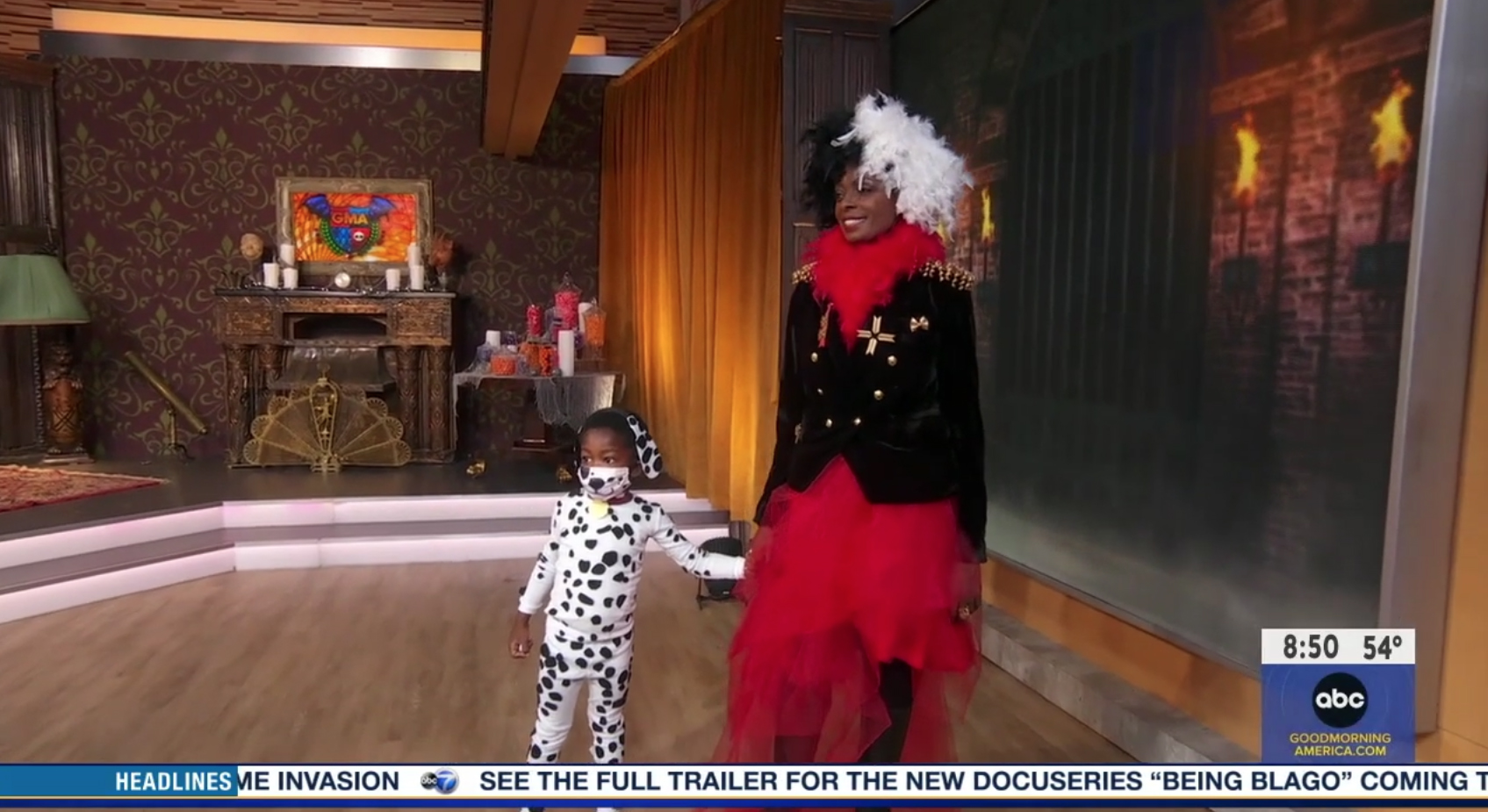 Another area of the studio featured a gold drape with an LED array showcasing a spooky castle entrance as well as a faux fireplace that featured a screen that inadvertently gave a subtle nod to another network.

Though the anchors themselves didn’t fully dress up, the show did air a taped parody of the “Scream” franchise featuring Michael Strahan and Lara Spencer.

The latest film comes out in 2022 from Paramount Pictures, which is a division of CBS parent ViacomCBS, but ABC parent Disney does have some connections to the franchise thanks to its purchase of Bob and Harvey Weinstein’s Dimension Films label within Miramax.