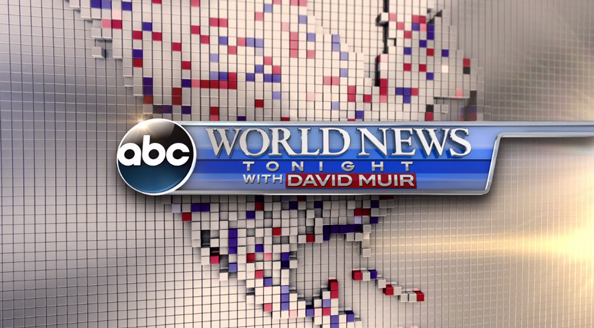 “ABC World News” is adding the word “Tonight” back into its title when David Muir takes over after the Labor Day holiday.

The network has updated the graphics on its website to include Muir’s name as well as the word “Tonight” in the logo, as shown here: In addition, NewscastStudio has obtained an image of what appears to be the show’s reworked title card that also reflects the change.

ABC dropped the word “Tonight” from its evening newscast’s title in 2006. At the time, the network said it felt the word “tonight” didn’t do a good job of emphasizing the 24 hour news cycle.