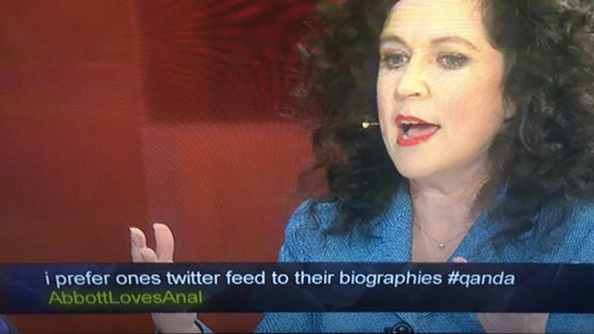 “Q&A” airs on Australian network ABC and, as its name implies, encourages users to interact with the content of the program.

One seemingly innocent tweet reading “i prefer ones twitter feed to their biographies #qanda” (sic) was selected for air — but apparently no one noticed the user sending the tweet used the handle “AbbottLovesAnal.”

The tweet and handle name showed up across the bottom of the screen — something that several viewers took note of. Screenshots of the text later went viral under the “#AbbottLovesAnal” hashtag.

The lesson here? Double check everything, including usernames, handles and any avatars, that might make it on the air. It looks like someone may have cleverly figured out that he or she would have a better chance of having the prank show up on air if the joke was part of the handle, not the actual tweet.