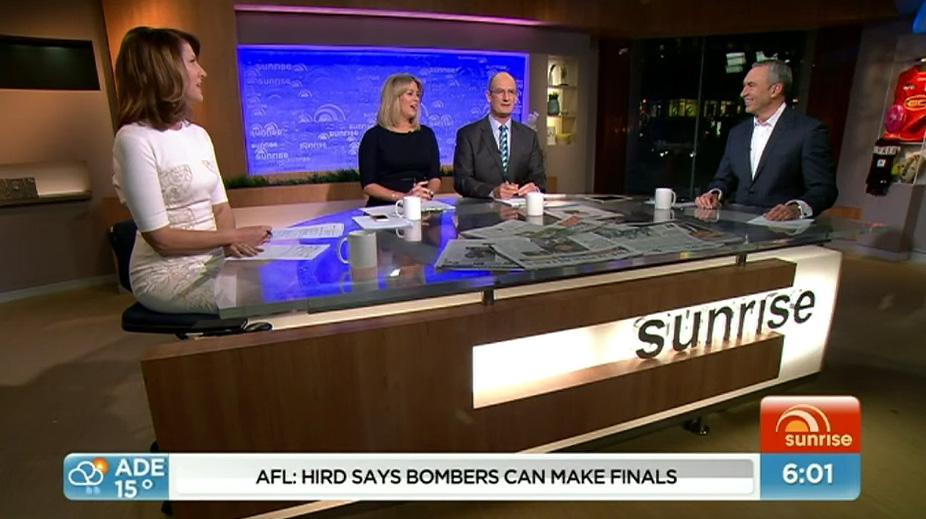 During Thursday’s broadcast, Australian morning show “Sunrise” announced it will debut a new set on February 1.

Airing on Seven Network, the morning show last updated its streetside studio at Martin Place in 2010 with the help of Jack Morton PDG, who will again be providing the design for the show.

The previous set for “Sunrise” featured a unique look for Australian TV and went on to win the NewscastStudio Set of the Year award in 2010.

We’ll have more information about the project after it debuts.