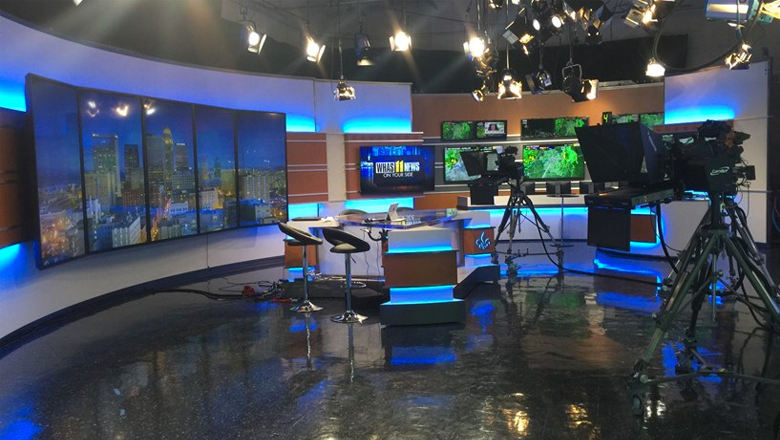 WHAS, Tegna’s ABC affiliate in Louisville, Kentucky, has debuted a new set sporting the station group’s standard design with a local touch incorporated into the “in the round” style anchor desk. The design brings in a bit of local flair with the addition of two dimensional, backlit fleur-de-lis symbols on the outer sides of the desk.

The fleur-de-lis is featured prominently in Louisville, including on the city’s seal, as it was the symbol of King Louis XVI of France, for whom the city is named. The large video panels on the set also give the station the flexibility to add Louisville skylines and topical graphics. The set’s weather center include workstations and a presentation area and is warmed up the by the use of wood and gray toned panels fronted by flat screens in two sizes.