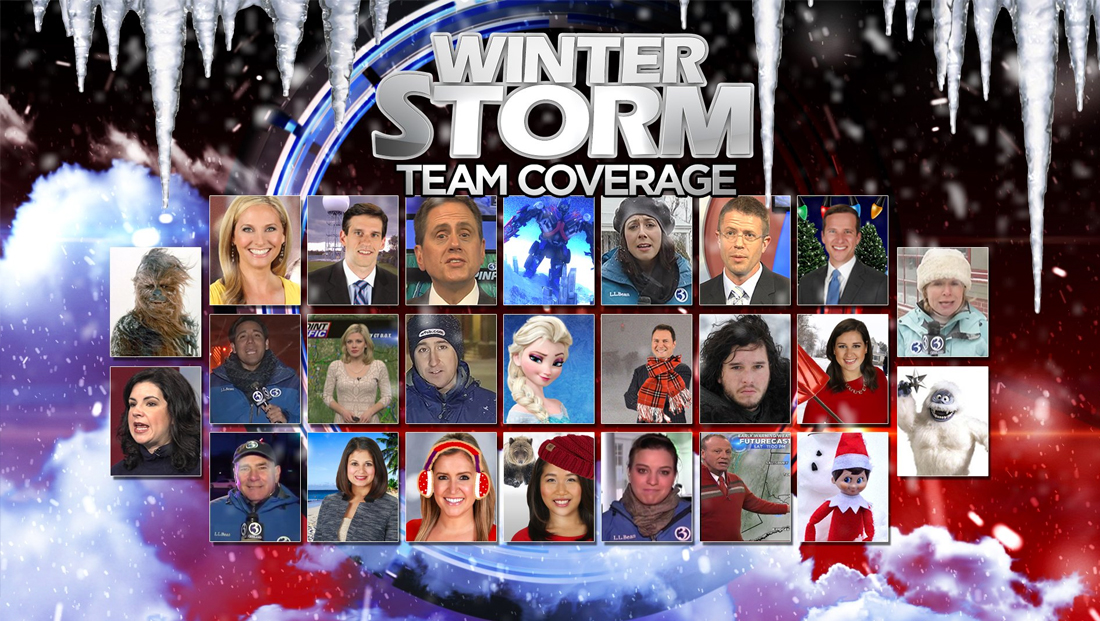 WFSB, the CBS affiliate in Hartford, Connecticut posted a tongue-in-cheek “25 box” to its social media with an interesting take on “team coverage” of Winter Storm Elsa, a name the station made up itself.

The graphic included the expected images of the station’s talent, including some with winter gear Photoshopped on top of them, along with fictional characters ranging from Elf on the Shelf, Chewbacca and, of course, Elsa from “Frozen.”

Here we go! The whole team is here (including Elsa!) to bring you the best coverage in CT as #WinterStormElsa moves in. Stick with @WFSBnews all day on air, online and on the app! pic.twitter.com/RvPoyByG4W