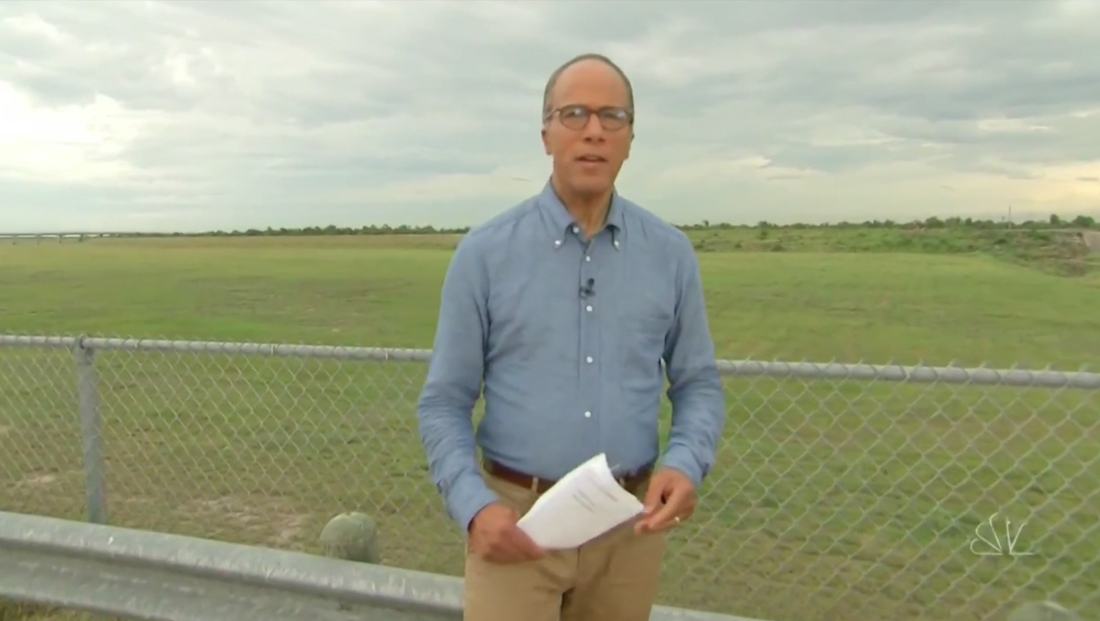 “NBC Nightly News” originated from McAllen, Texas, along the U.S.-Mexican border, offering special coverage of the growing controversy around immigration.

“Nightly” anchor Lester Holt, opened the newscast with a “walk and talk” strolling along a guardrail and chain link fence with the border in the background — before switching to a fixed camera position for the reminder of the broadcast. NBC use the banners “Boiling Point at the Border” for its coverage, along with border wall and fence fullscreen graphics.