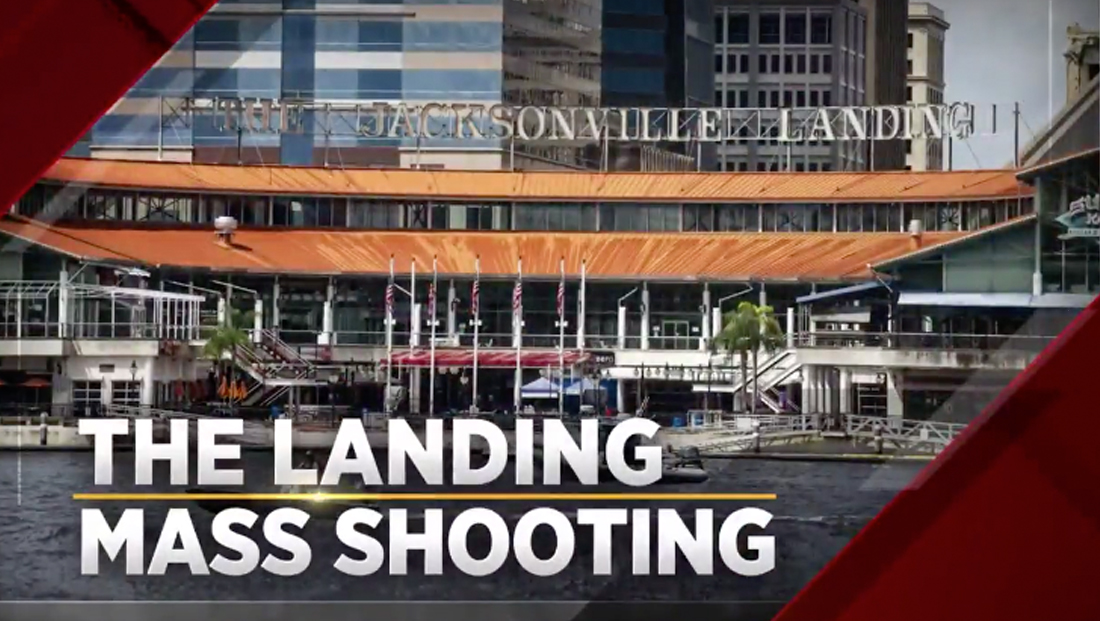 Jacksonville’s WJXT, an independent station with a news-heavy schedule, had to put its new home to heavy use covering breaking news after a mass shooting hit the city.

The station branded its coverage of the shooting during a video game tournament as “The Landing Mass Shooting,” using the local shortened name for the Jacksonville Landing complex. 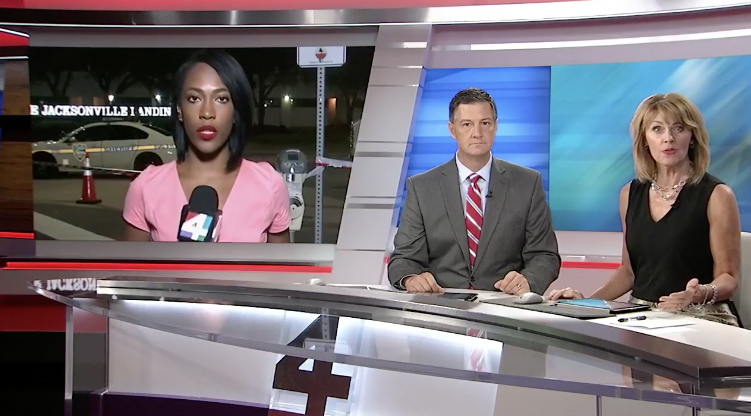 The set’s headers and select accent lighting were changed to red, the station’s standard for “Breaking News Alerts,” while the curved video wall behind the anchor desk displayed a variety of branding graphics using the station’s iconic “4” logo as both a focal point and background element.

The “news cube” element on the far left of the anchor area was used prominently as a live shot toss, allowing both the anchors and a large image of the field reporter to appear on air. 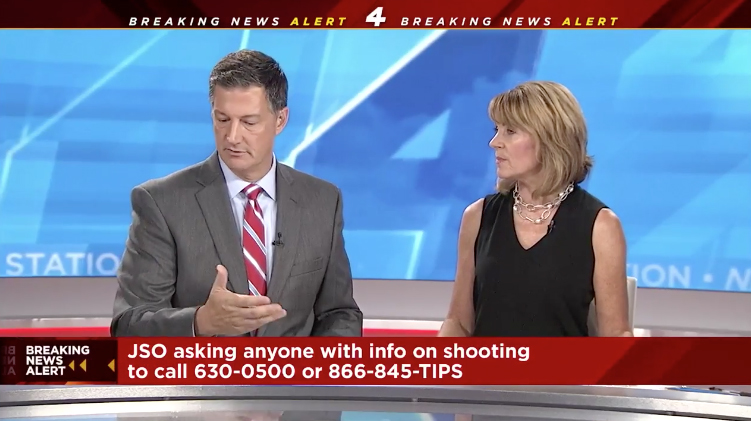 Some iterations featured a cleaner look with cloud texture, while at other times a more angular, blurred look with the city skyline was used. 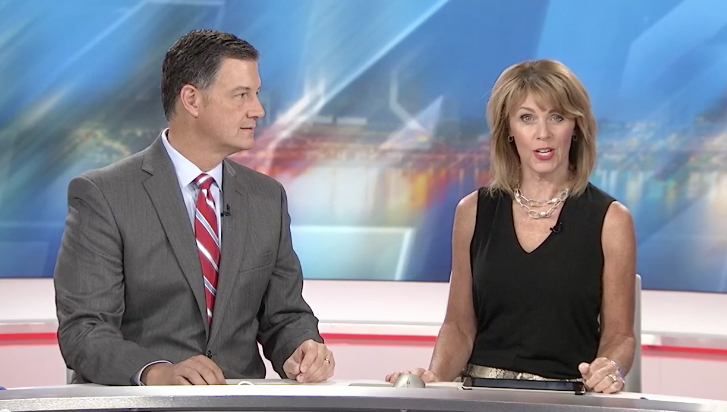 In addition, the station used the far right position at the anchor desk for a “debrief” area, including for a report from the station’s investigative team surrounding the identity of the shooter — with the “I-Team” logo shown on the vertical video panel. 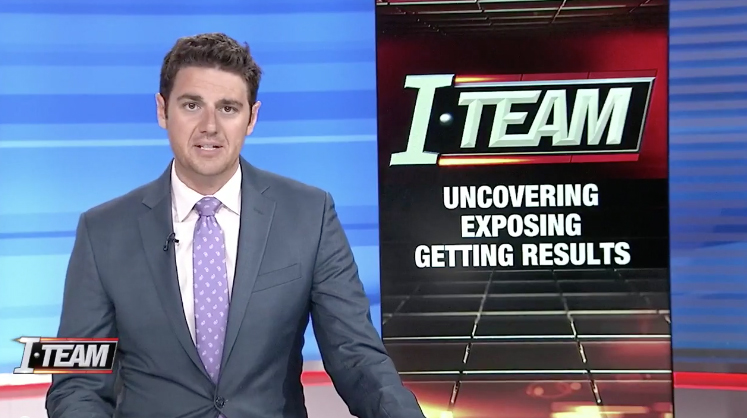 The station also used its “River City Live” lifestyle show’s set for interviews about the shooting — with a small circular table and two stools in a corner with a large photo of the Jacksonville Landing property on the video wall array next to it. The set’s backlit elements were also changed to red for these segments, instead of their normal light teal. 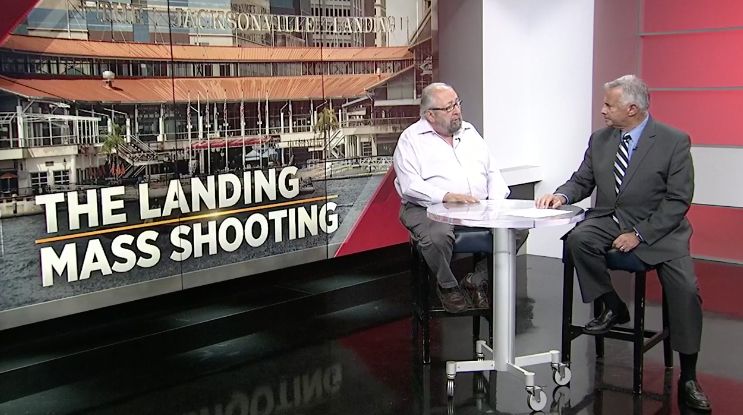