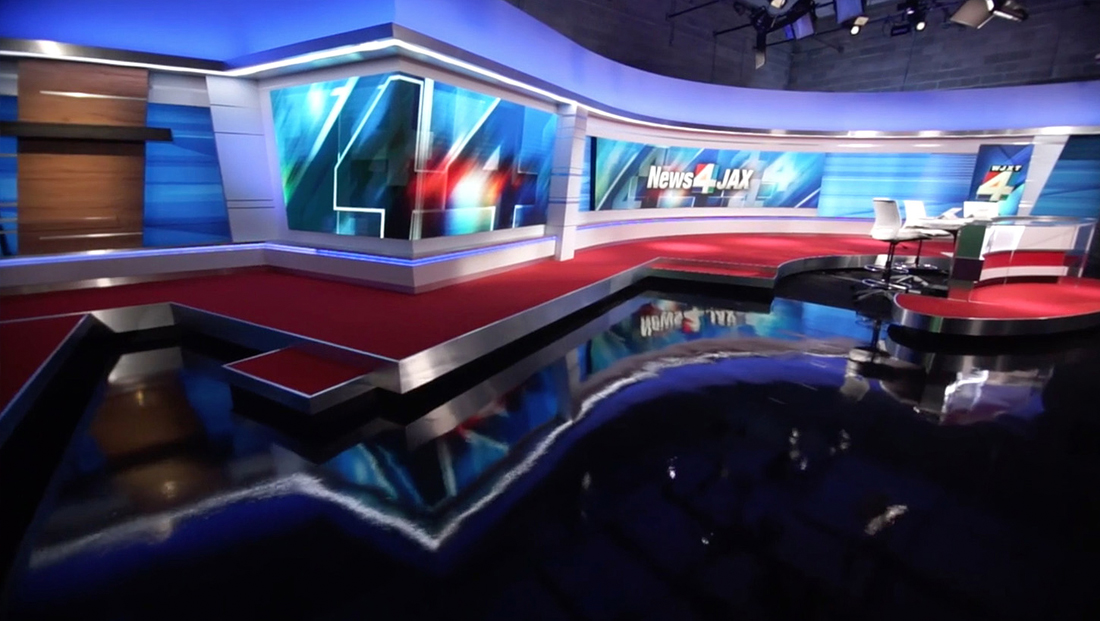 The new look for “News 4 Jax,” as it is known, draws on many elements from KPRC’s design, but also puts a new spin on the look.

Behind the main anchor desk is a curved seamless LED video wall from AV Design Services — an upgrade from KPRC’s segmented model.

The set design is from WrightSet, and also includes a riser between the wall and anchor desk, giving the station the option to leverage the video wall as a standup area backdrop. 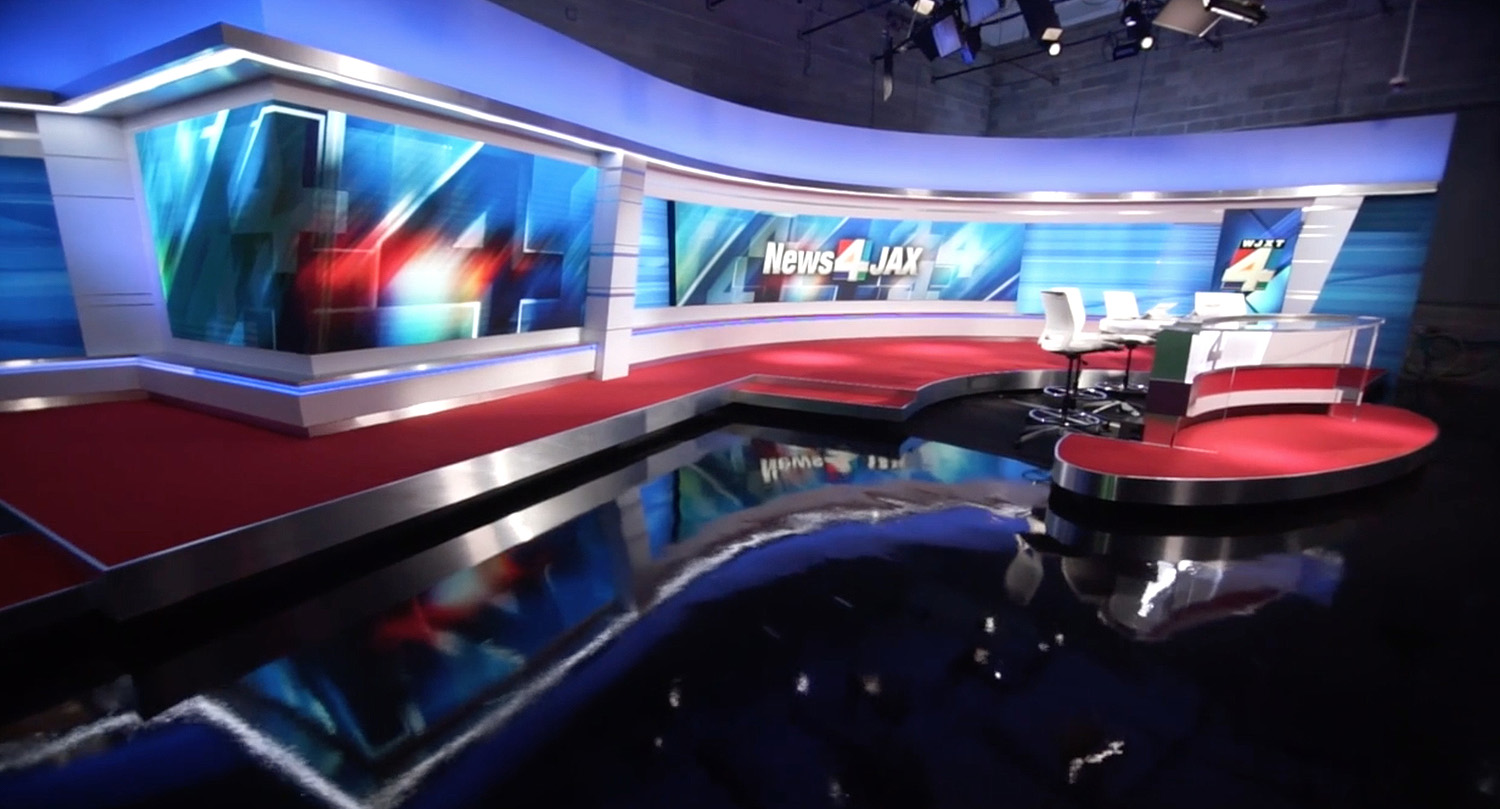 One element that didn’t change, however, is the “news cube” — a unique and artfully engineered part of the set where two seamless LED walls join at a 90-degree angle.

Normally, if two video walls would meet in this way, a gap would be visible, but, like in Houston, AV Design Services worked closely with WrightSet to build a custom solution that all but eliminated the seam where the two walls meet.

As at the sister station, the placement of the wall was carefully considered to allow it to appear in a variety of shots — and for a myriad of purposes. 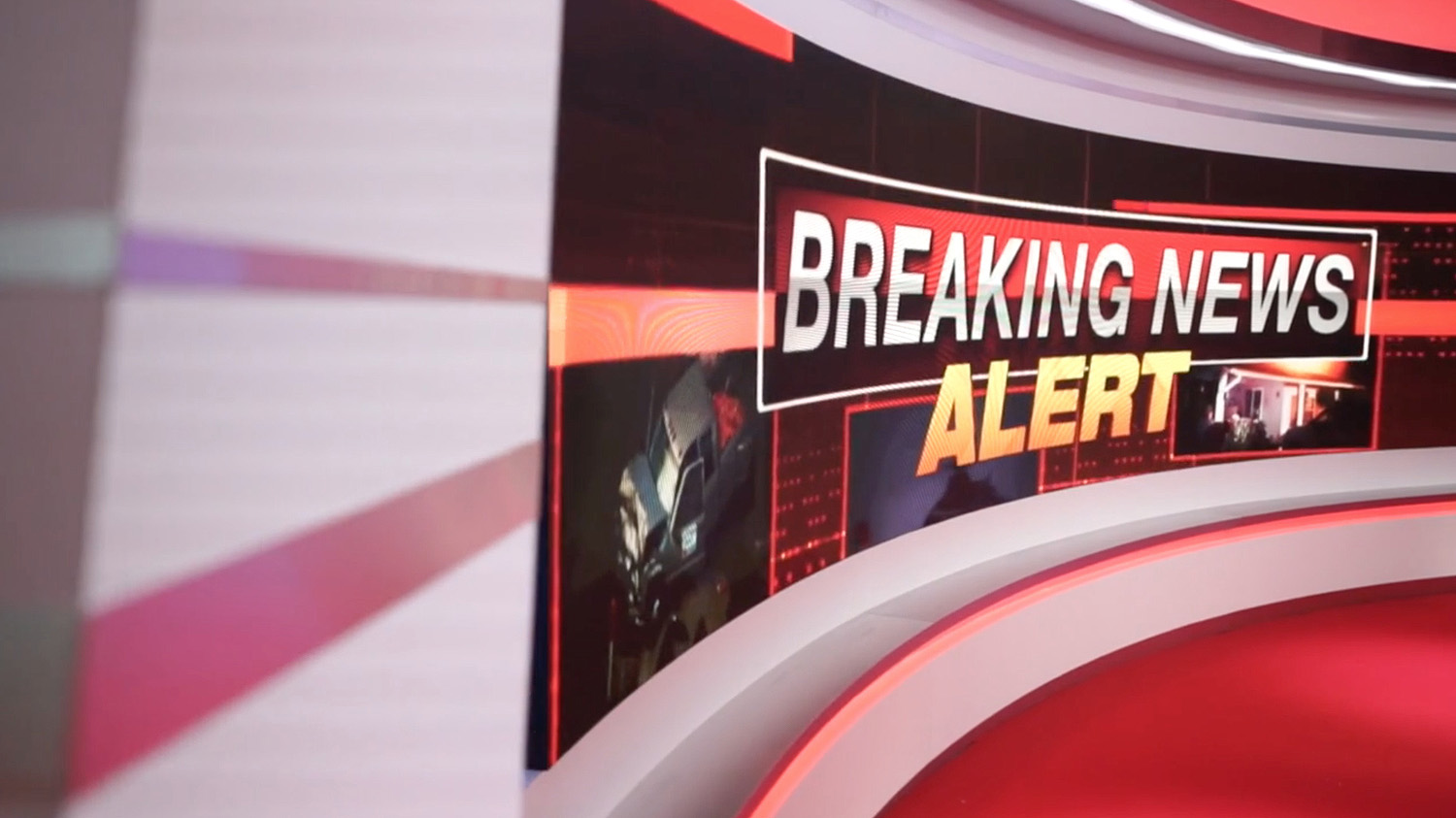 WJXT’s new home also includes color-changing technology that allows the station, for example, to use red for breaking news.

The strong horizontal textures used on both the structural and backlit walls are a fresh interpretation of the motif — with a cleaner, simplified look that is a nod to the beachfront city’s sunny and bright vibe.

The anchor desk also carries forth this clean look with an elegantly simple white panel, “4” icon and bold red stripe creating a solid foundation for the glass top and curved metal accent. 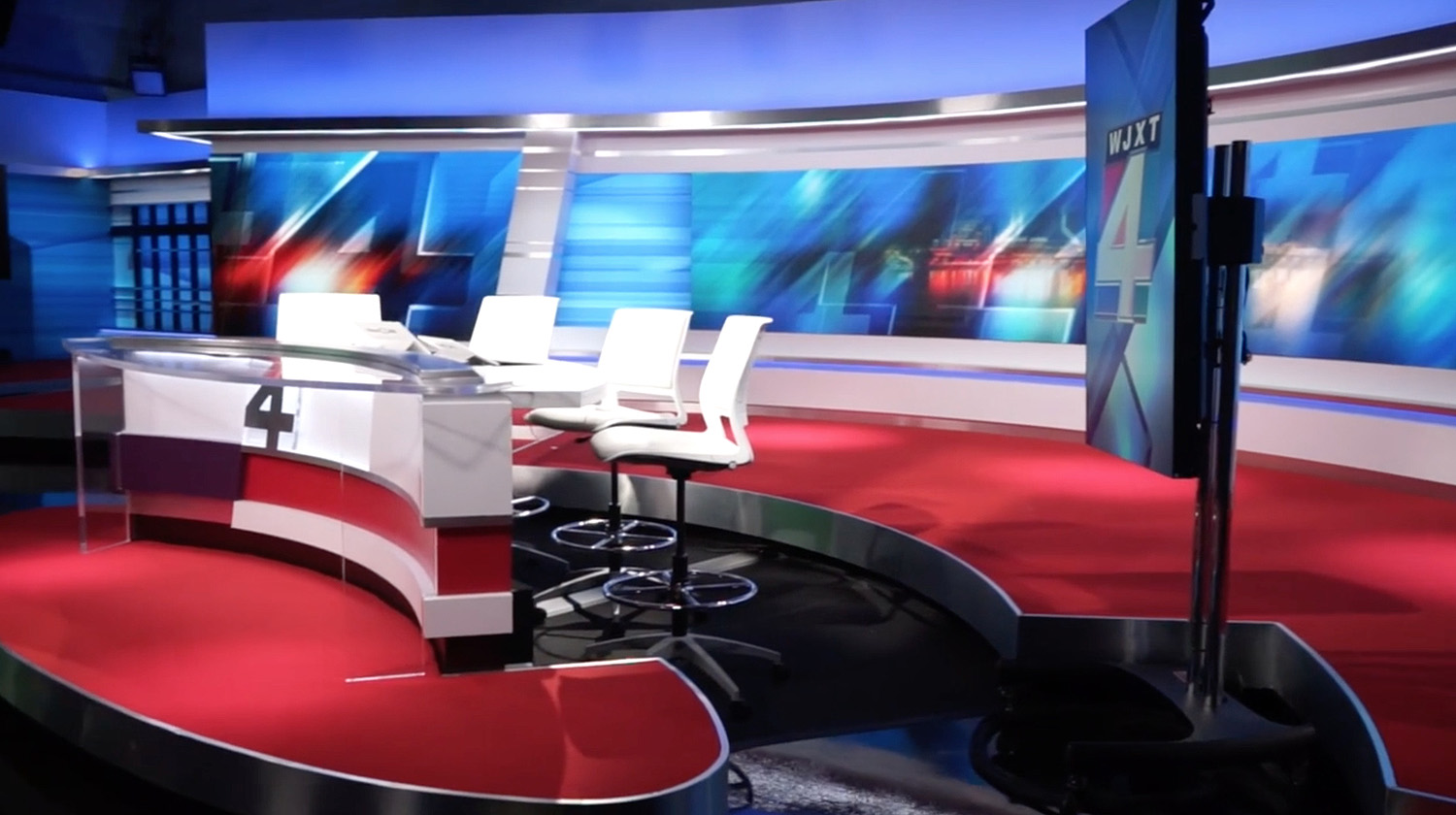 In addition, to the left of the “news cube” is a flexible alcove boasting strong vertical lines with a panel of light-toned wood adding warmth.