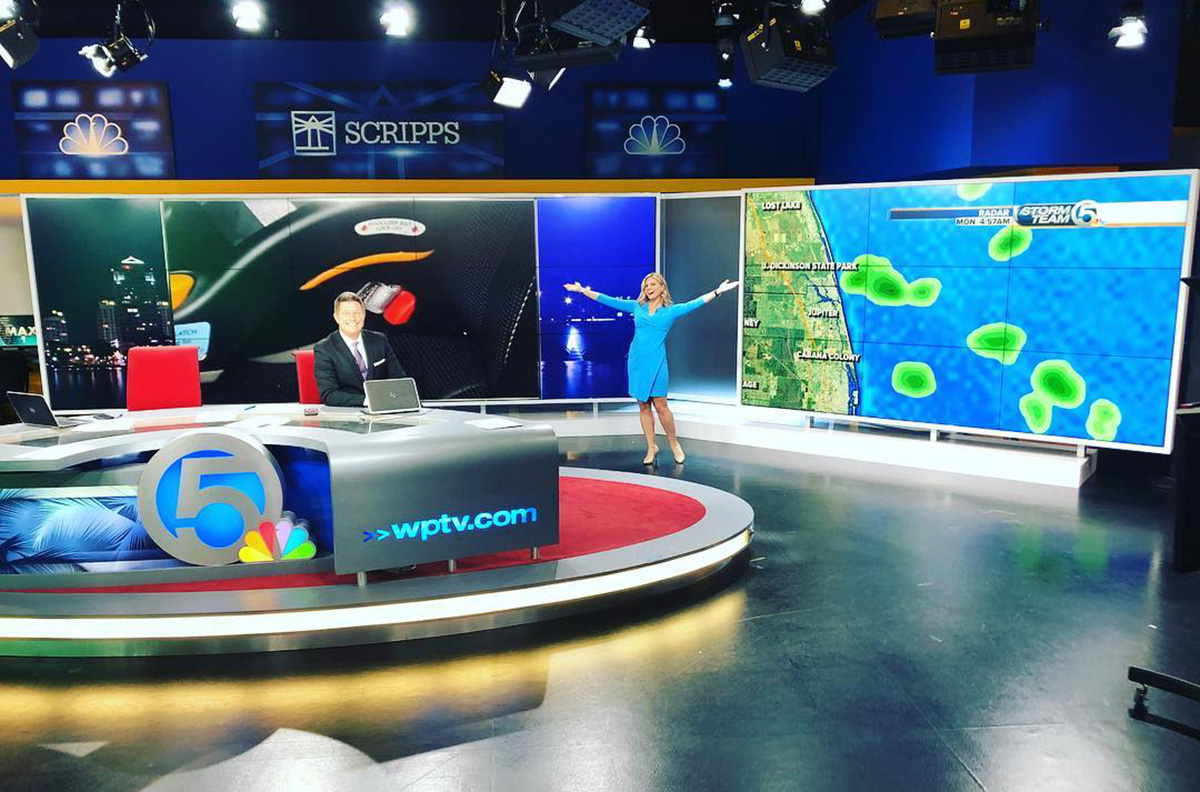 WPTV in West Palm Beach, Florida, has upgraded its studio with the addition of two large video walls.

Directly behind the anchor desk, a 5×3 array allows for a skyline view while a 3×3 wall to the right is positioned for stand-ups, such as for weather.

With the set change, the view on camera into the station’s newsroom is now gone.

Newsroom views in television studios, an old standard, have continued to dimish in the local affiliate market. This is due often due to the poor lighting of the newsroom and because they typically appear empty on-air, as reporters are often in the field during broadcasts.

WPTV, which is part of E.W. Scripps Co., debuted its current anchor and weather area in 2012 after a set refresh that kept the overall layout and bones largely intact.