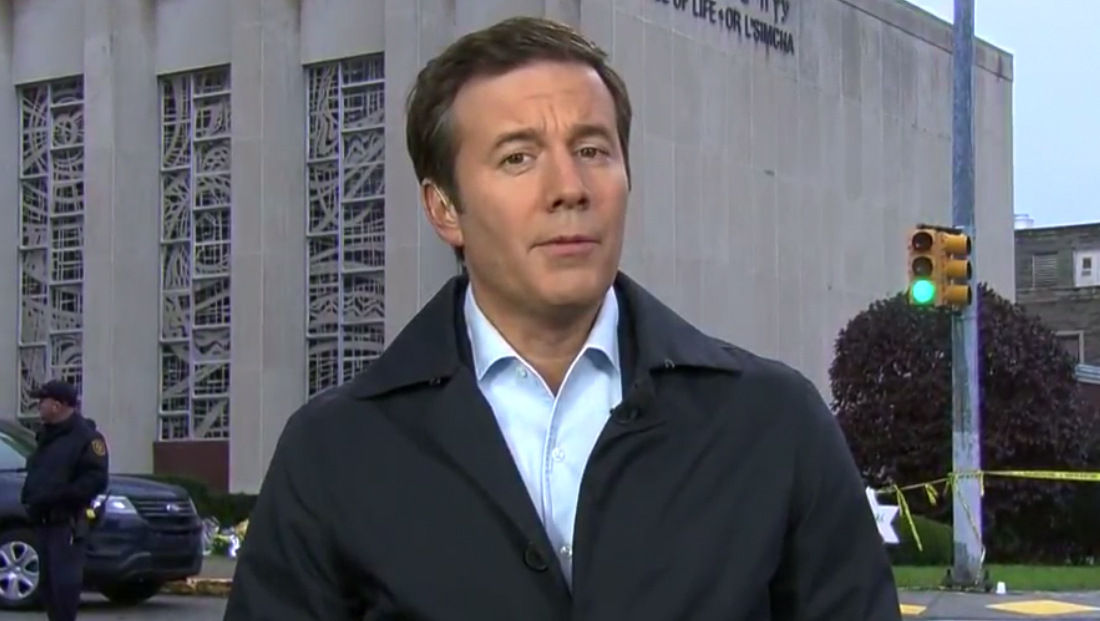 For Sunday’s editions of their evening newscasts, all three networks had their weekday anchors on the ground in Pittsburgh to cover the shooting at The Tree of Life Synagogue the day before. 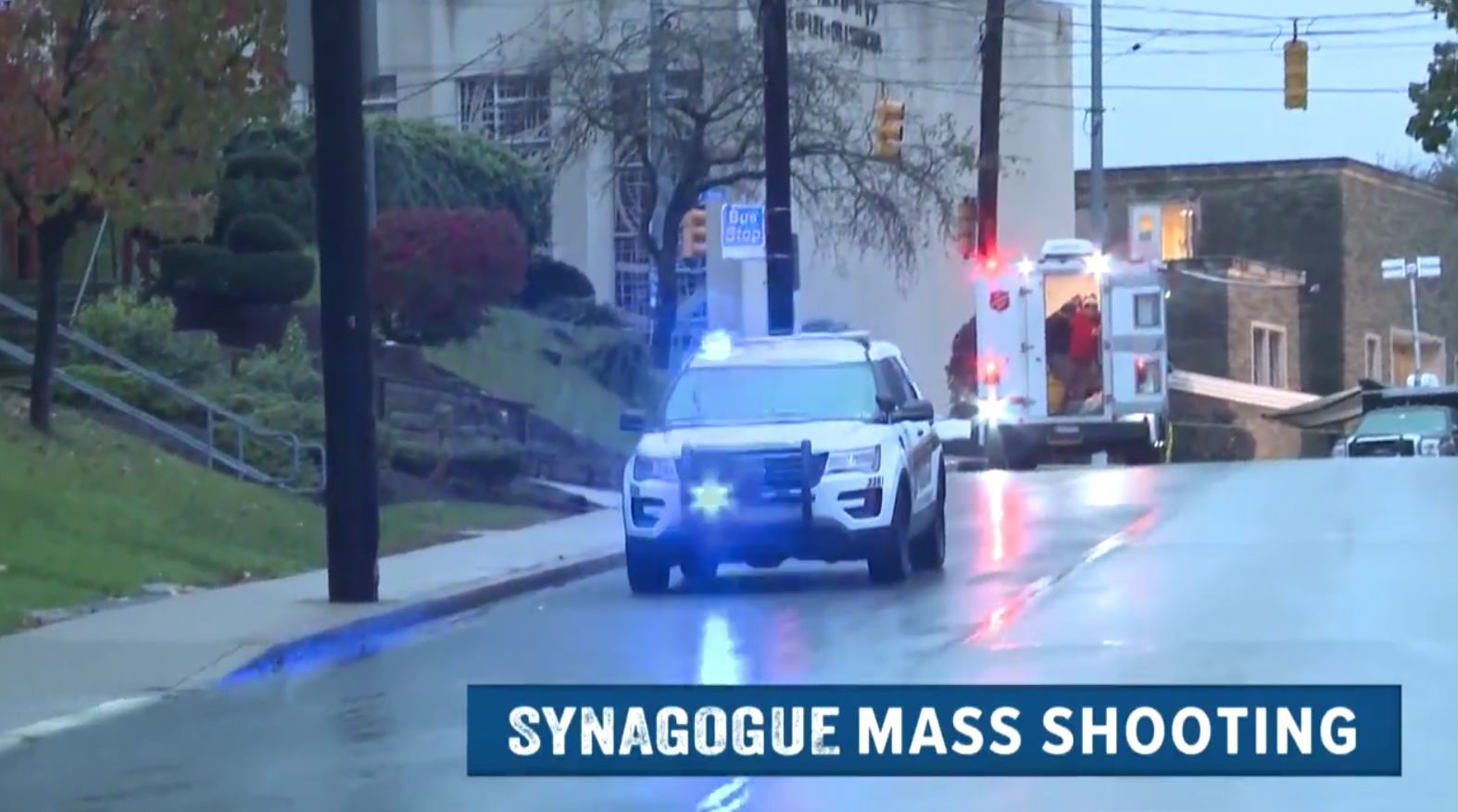 The ‘CBS Evening News’ used a special blue banner with partially textured typography in its teases. Anchor Jeff Glor originated the show from in front of the synagogue. CBS opted for ‘Synagogue Mass Shooting’ as its branding. 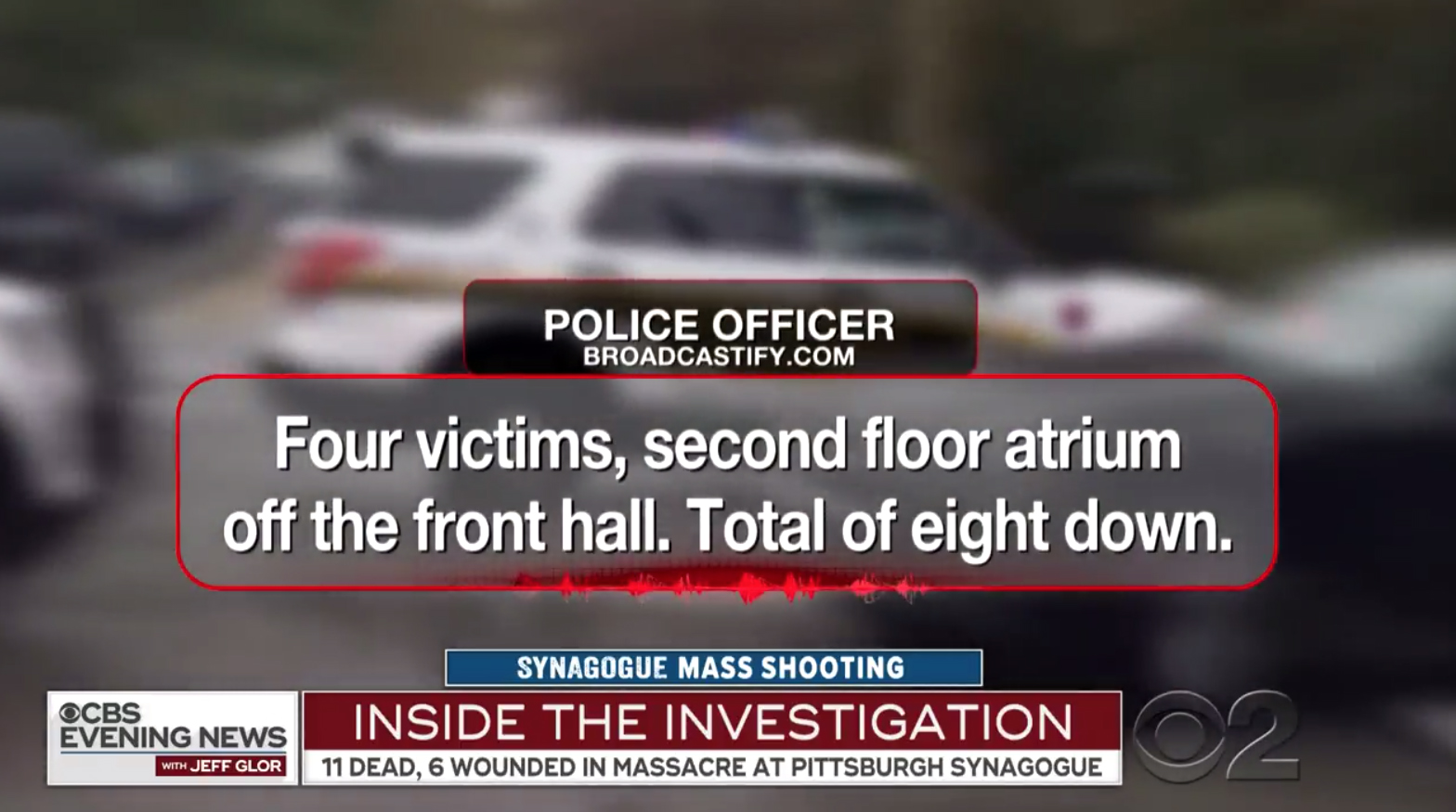 The show kept the same blue shade as an addition tier on its insert graphics during shooting coverage, including fullscreen police scanner audio transcripts.

It’s also worth noting that weekend editions of the newscast that airs in the same timeslot of “CBS Evening News” is technically known as “CBS Weekend News,” though for this edition, the full name was used.