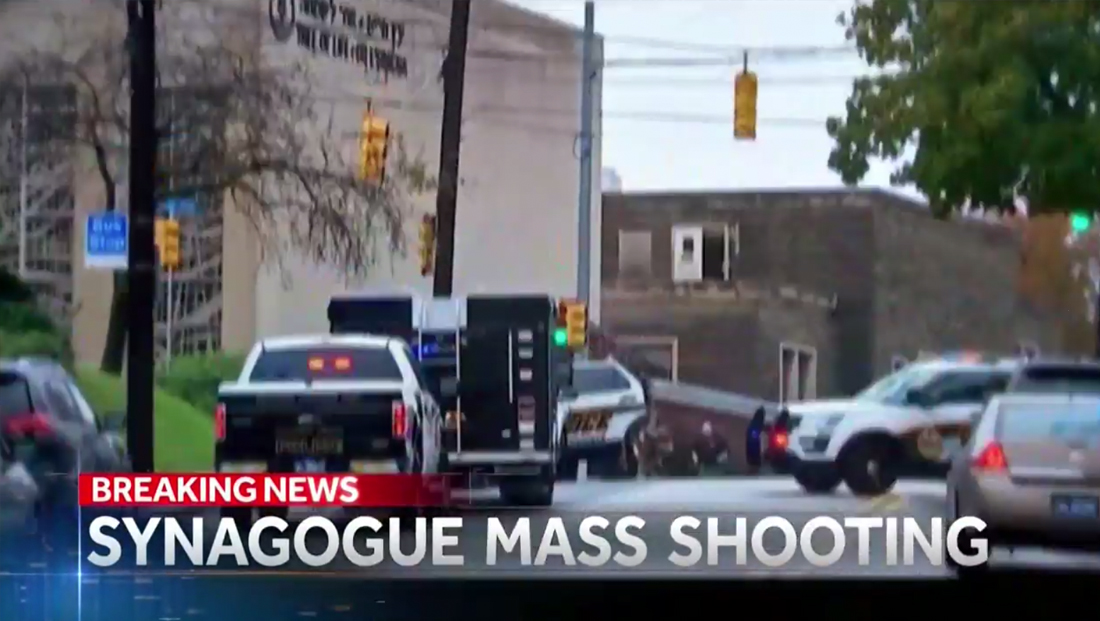 After news broke of a horrific shooting at synagogue in Pittsburgh, all major networks offered special coverage as events unfolded.

However, at least in the eastern and central time zones, only “NBC Nightly News” was slated to air a full weekend edition — with sports coverage pre-empting the event newscasts on CBS and ABC. 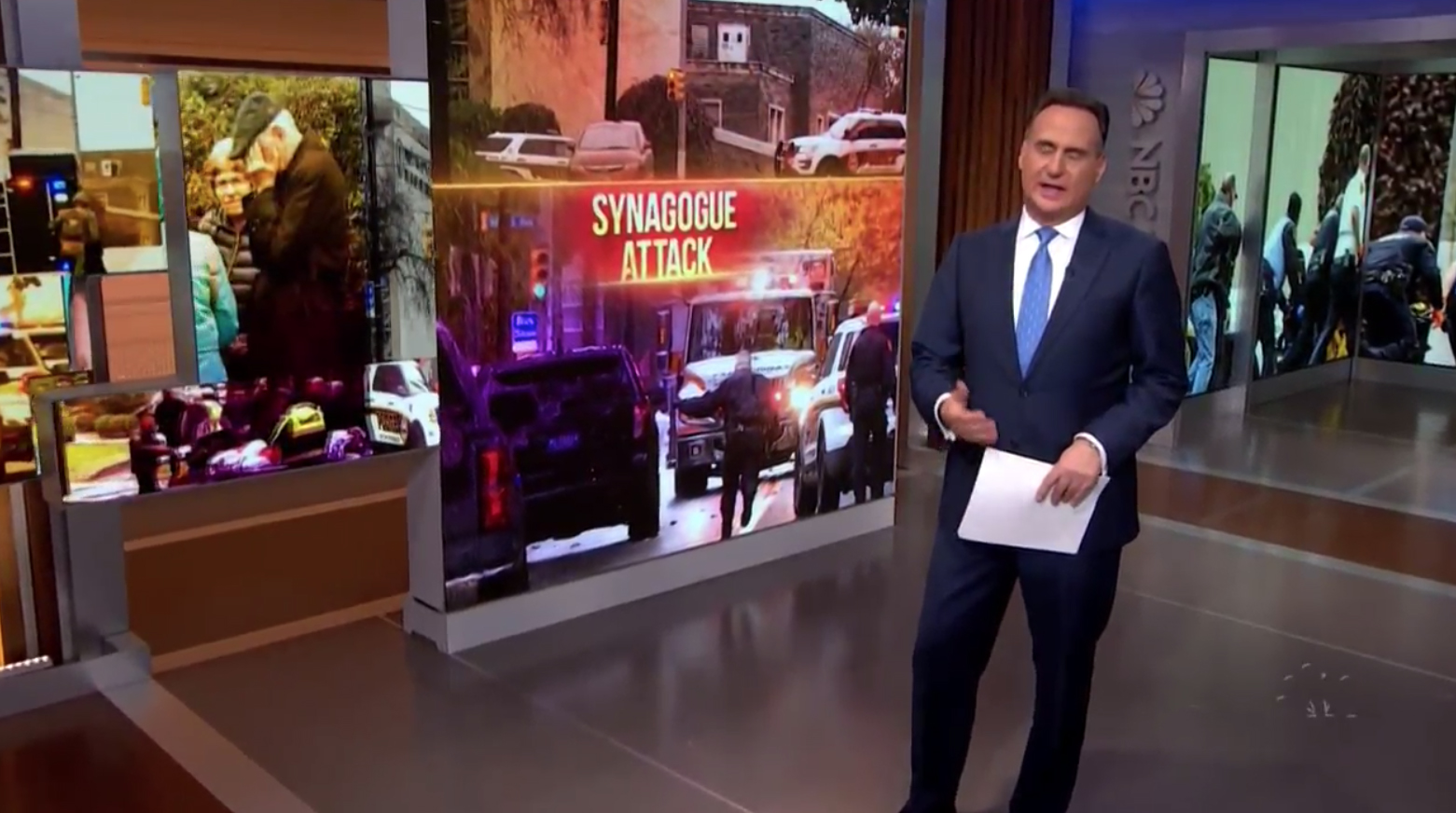 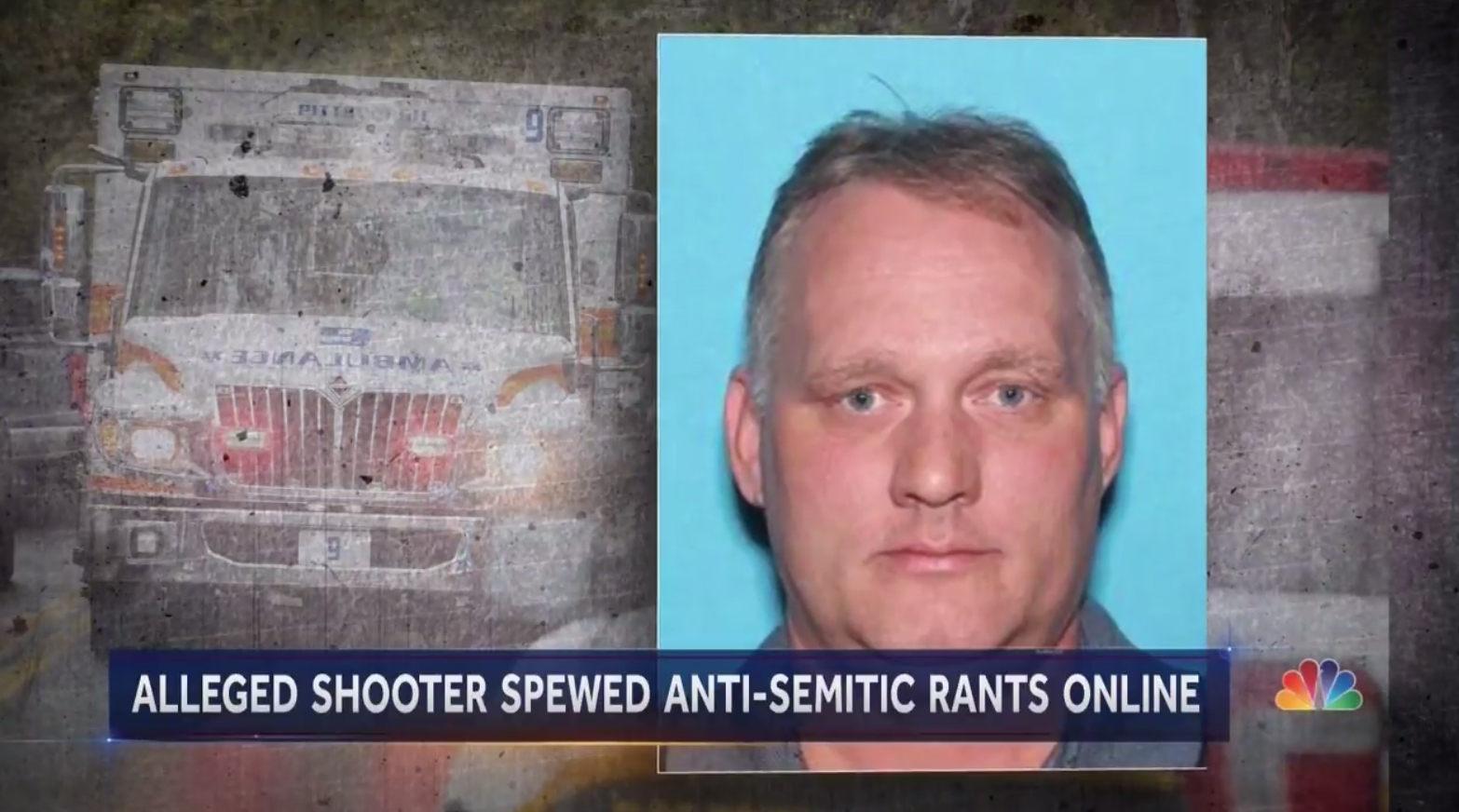 A gritty background with emergency vehicles and other imagery was used in fullscreen graphics. 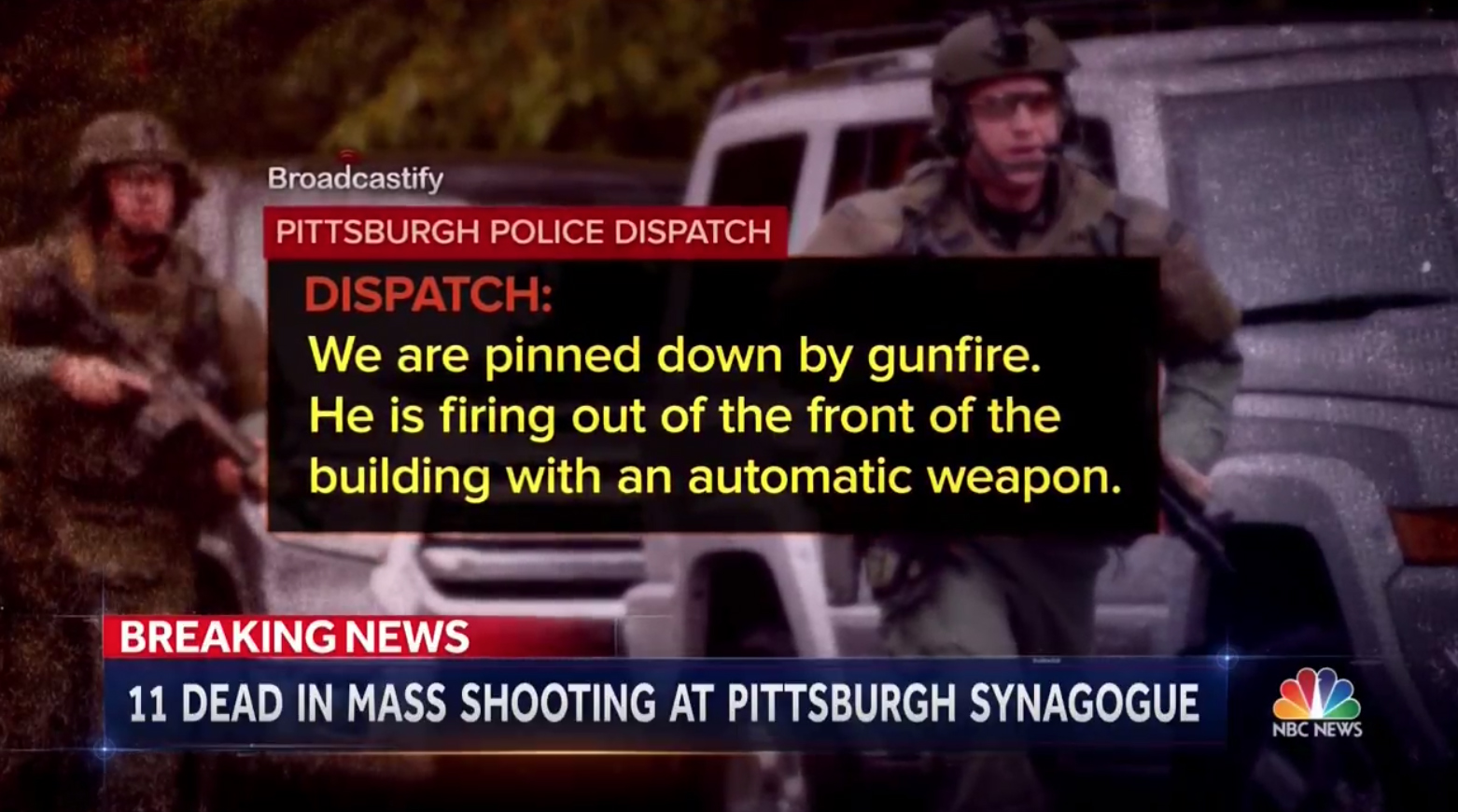 Audio from emergency radio transmissions were transcribed on screen with bright yellow text with red accents — as well as textural backgrounds.