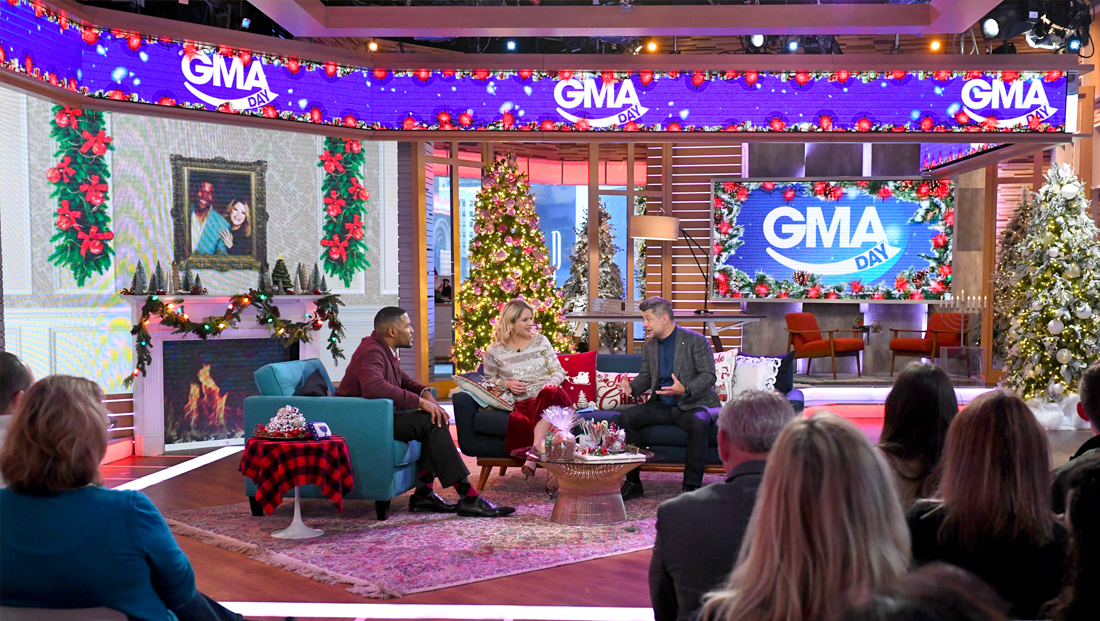 The show, which uses the “Good Morning America” branding but runs as a separate block, mostly uses the second floor of the network’s studios in Times Square. The space is also used on the first two main hours of “GMA.” 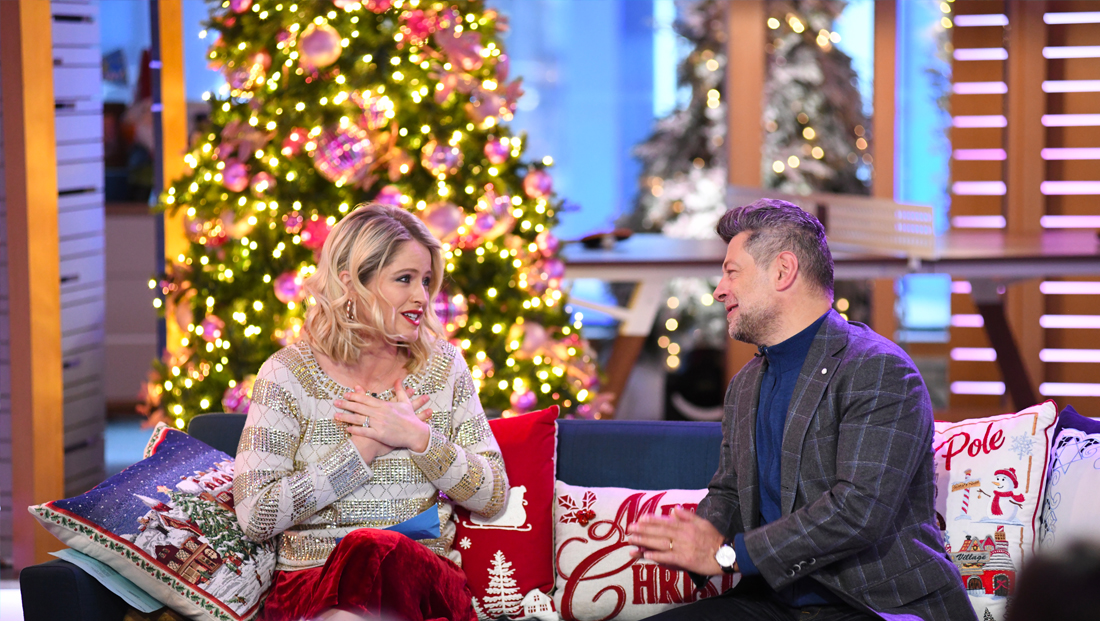 In addition to adding numerous elaborately decorated Christmas trees scattered around the studio, the network is also using the studio’s video walls and ribbons to add holiday cheer.

The background behind co-hosts Sara Haines and Michael Strahan, for example, which is normally heavily stylized image of Times Square, has been edited to include oversized holly borders around many of the digital billboards and buildings depicted in the illustration. 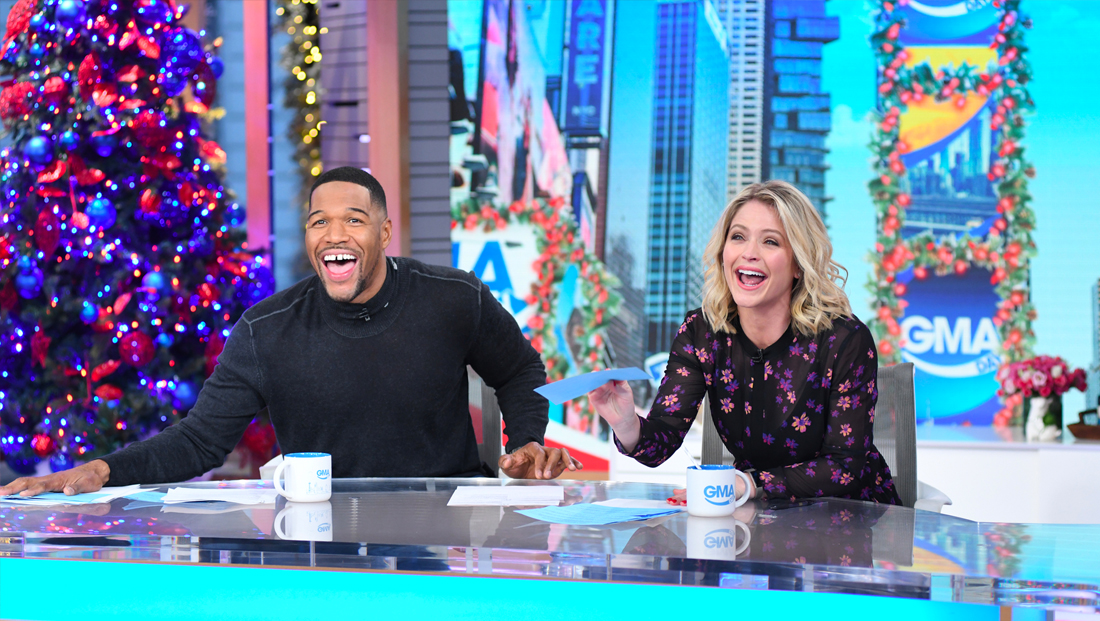 In addition, the show’s sofa setup now included holiday themed throw pillows and knickknacks. The video wall is also used to create a faux living room wall, complete with a virtual portrait of Haines and Strahan hanging above the prop fireplace that can be wheeled out. 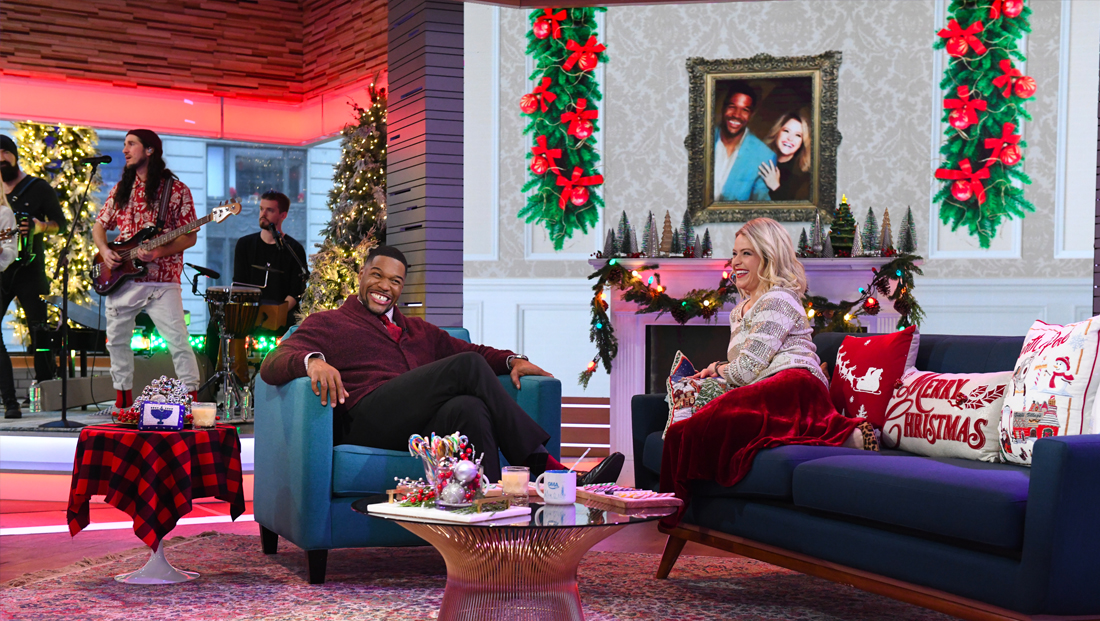