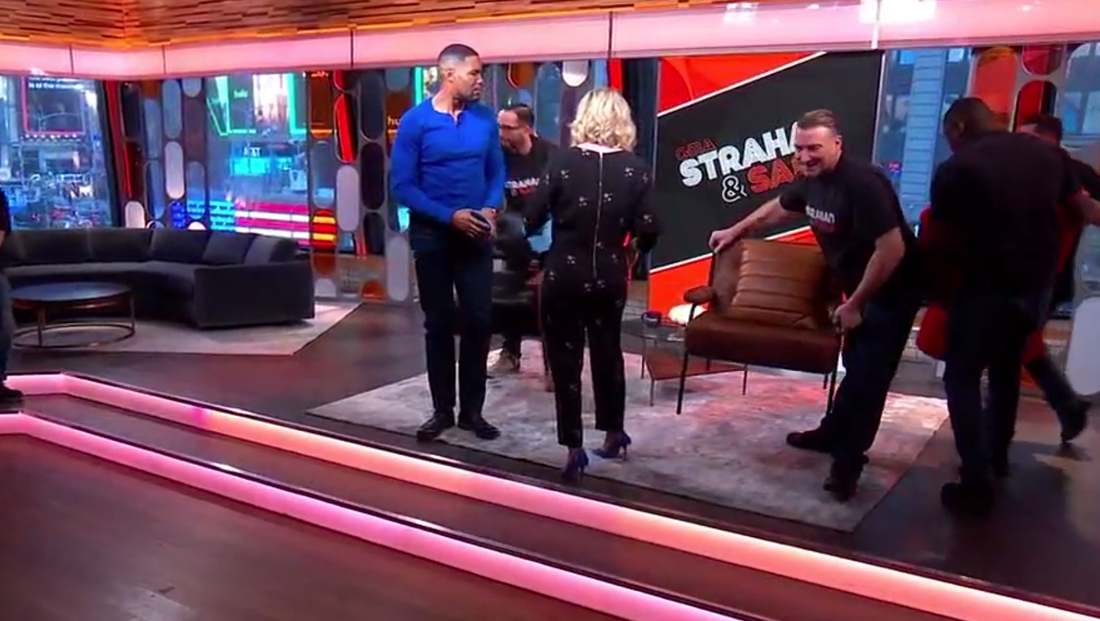 In a divided country wrestling with important issues such as immigration, government shutdowns and racism, apparently the one thing that (almost) everyone can agree on is that they hate Michael Strahan and Sara Haines‘ new chairs.

“It seems the one thing that has united America is everybody hates our new chairs,” noted Strahan on Thursday, Jan. 31, 2019’s edition of “Strahan & Sara” (formerly known as “GMA Day“).

The show, meanwhile, is taking full advantage of the controversy, promoting it with the hashtag “#Dare2Chair” asking viewers to post photos of themselves in their own chairs.

Haines then joked that “if we can scrape together enough money from the cushions of these chairs” the show might fly someone to New York to watch the show live — in their own chair.

Or, let's get some of the 'corporate synergy' going #Dare2Chair pic.twitter.com/igOkW8Zr0Y

The show debuted its new name and new look Monday. 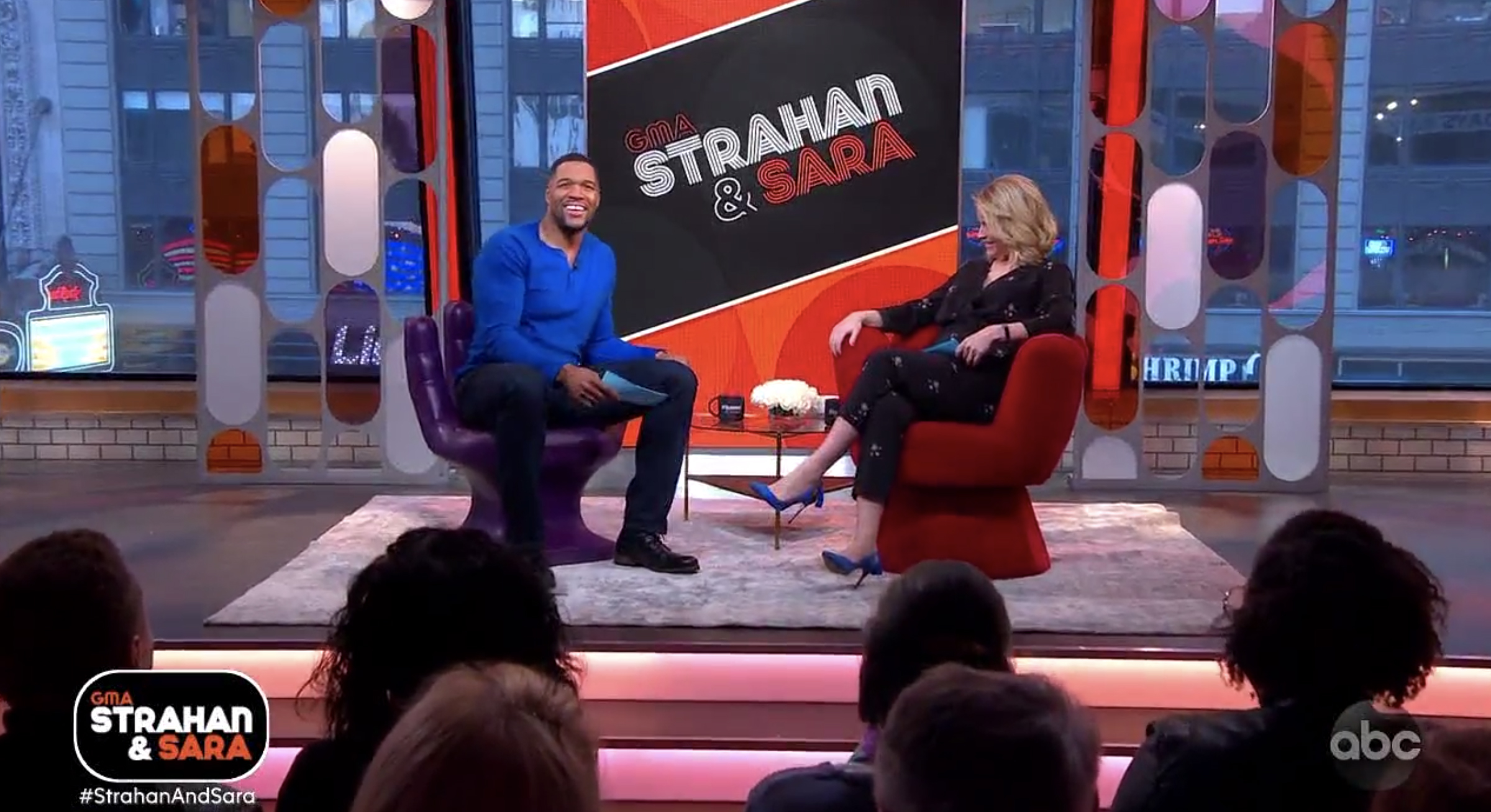 On Thursday, Jan. 31, 2019’s ‘Strahan & Sara,’ the show’s crew swapped out the hosts’ mid-century modern chairs with a purple and red ‘hand chairs.’

Author’s note: For what it’s worth, I happen to love the new chairs — especially when you consider the overall mid-century modern and retro inspired design the show introduced.