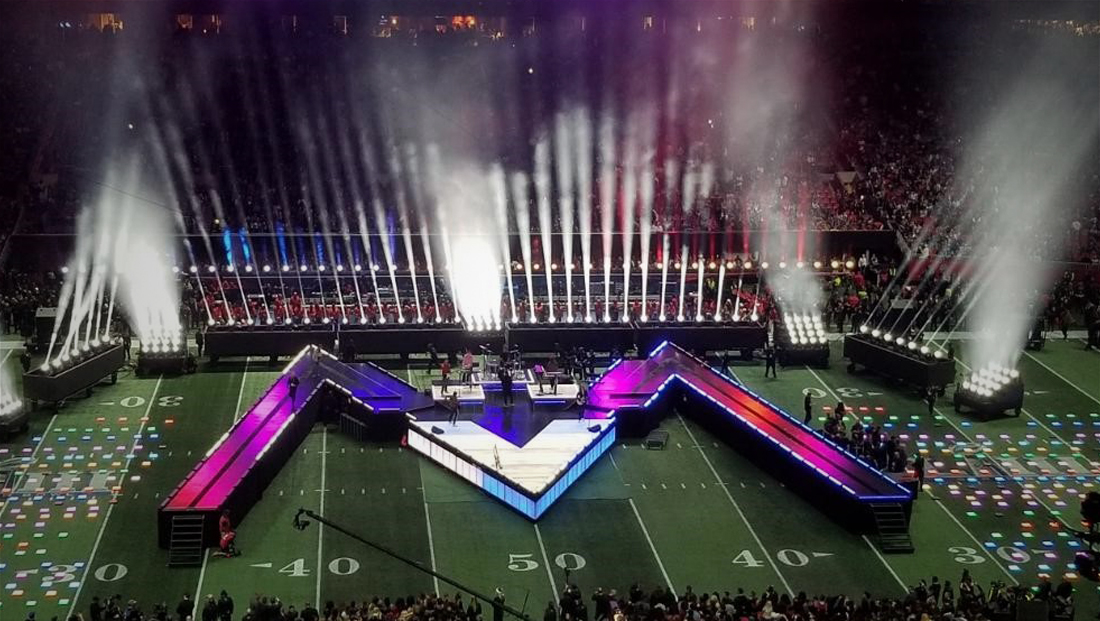 Held Feb. 3 at Mercedes-Benz Stadium in Atlanta and broadcast live on CBS, the Pepsi Super Bowl Halftime Show featured a headline performance by Maroon 5, along with rappers Travis Scott and Big Boi.

Production design was by Bruce Rodgers of Tribe Inc. with lighting design by Bob Barnhart of 22 Degrees. 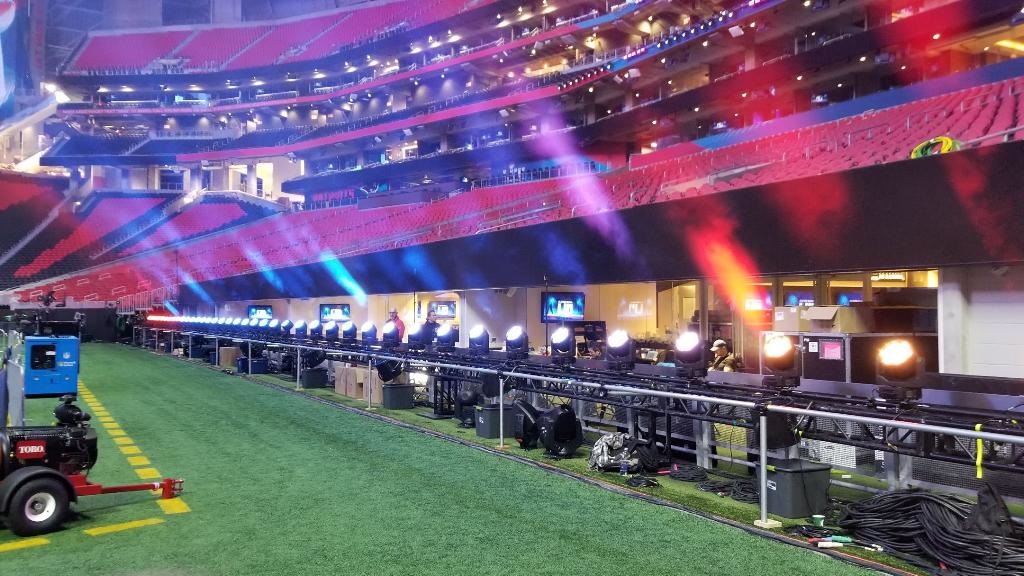 Barnhart, who has lit over 20 Super Bowl Halftime Shows and says he was happy to audition the fixture, positioned 45 Rayzor 760s in an impressive 60-yard row behind the large M stage at field level. “When we layout a Super Bowl Halftime light plot we look for different layers that give us effect, scale and diversity,” he stated. “When Eric Loader showed me the new Rayzor 760, I immediately told him I had a place for them on the Super Bowl,” he said in a statement. 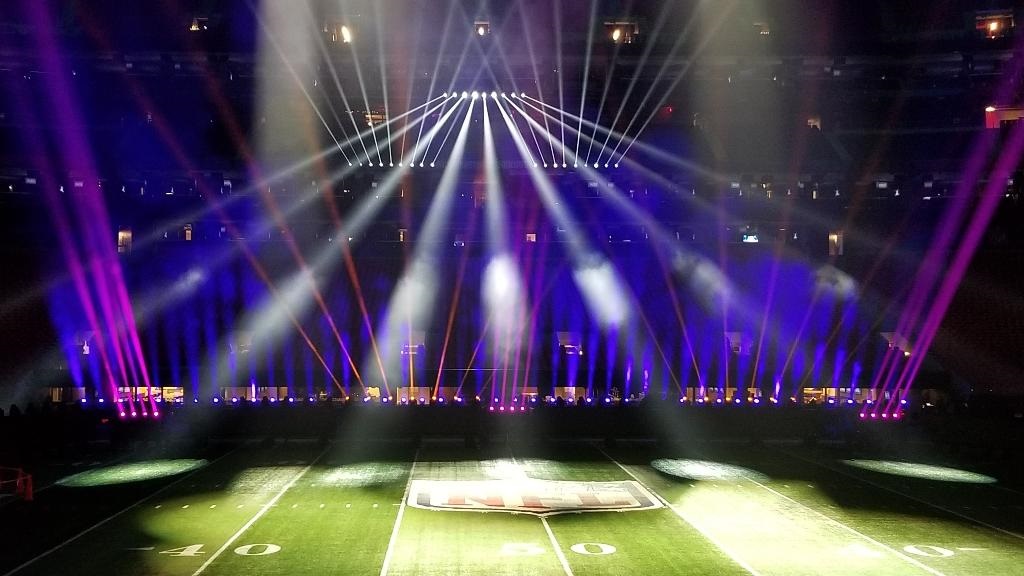 Barnhart placed the Rayzor 760s on a field truss all the way upstage, close to the first row of seats.

“I wanted to use the 760 to color the air in the background, which becomes a nice layer to offset the beams in the foreground,” the designer explained. “We also used the continuous pan and tilt togive a different tool for tempo and scale. The quickness of the LED engine also allowed us to dual
purpose the fixture as a strobe.”

Although the designer did not get the chance to feature the fixture’s patent-pending SparkLED effect — white LEDs placed inside the fixture’s seven oversized lenses that create a unique sparkle effect – he anticipates employing it in the future. “I think the venue was too large to properly show off the SparkLED,” he says, “but we did play with it and I look forward to having that option on other shows where it can really shine.”

The Rayzor 760s produce a well-defined mid-air beam or can spread exceptionally wide for an even wash coverage and performed well during the 12-minute musical halftime performance, holding their own against the 100s of other higher power lights around them.

“The fixtures performed really well and not one needed attention from the crew,” Barnhart says. The Rayzor fixtures were supplied for the Super Bowl Halftime Show by PRG. 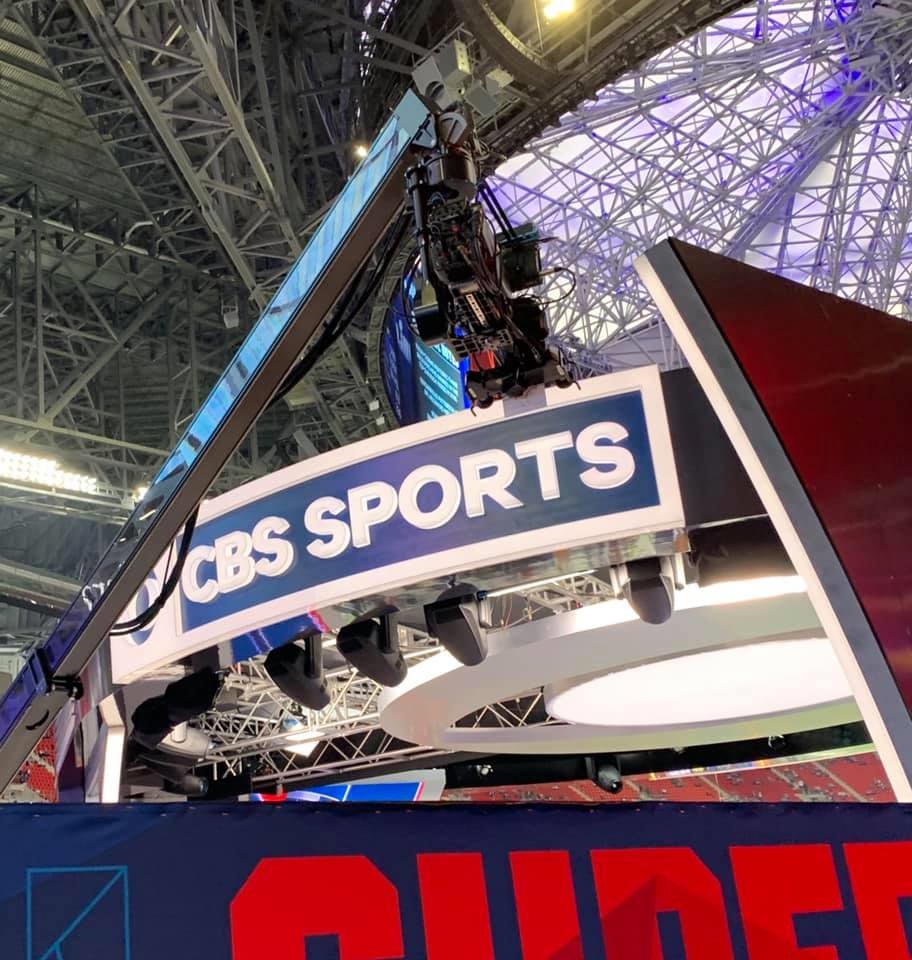 Leading up to the Super Bowl, Elation products were spotted all around Atlanta, supporting the numerous events surrounding the game.