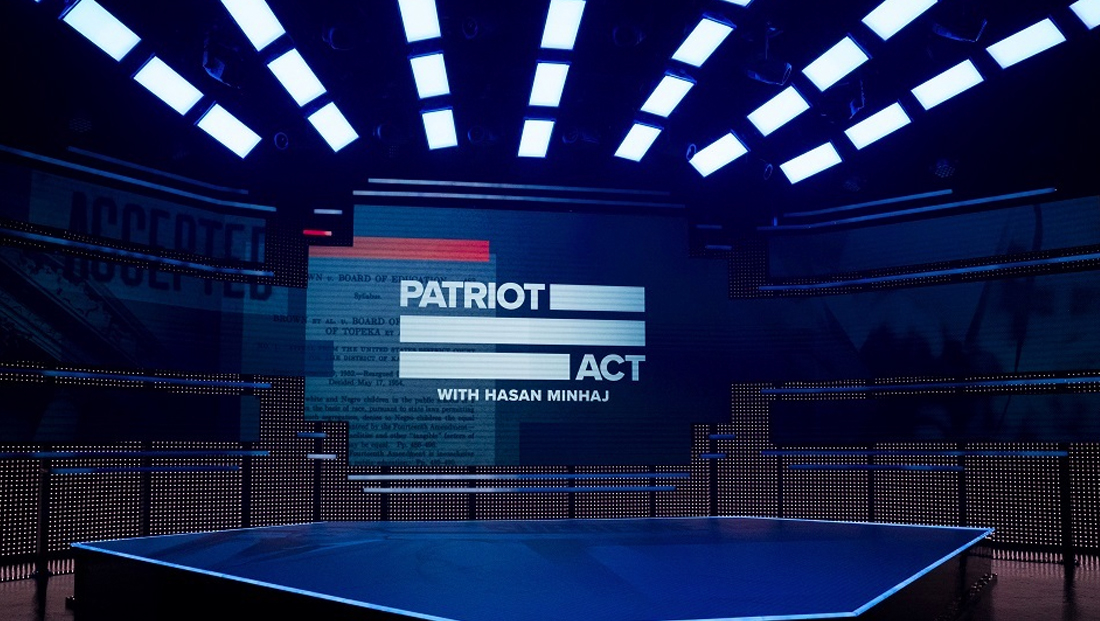 The Netflix original series “Patriot Act with Hasan Minhaj” is a media rich, fast changing production that relies on dynamic content to support the theme for each episode — which is displayed using a series of LED video walls, strips and other elements. 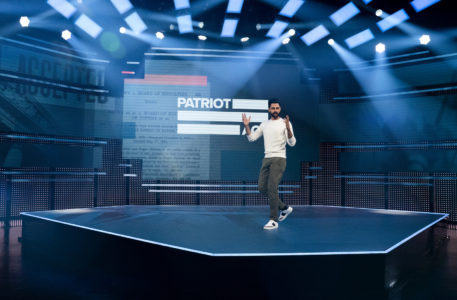 Each weekly episode uses infographics, data and video content to enhance the topics he covers, meaning that the video walls play a key role in each episode.

Janowitz, who is known for his concert production designs, also designed Minhaj’s “Homecoming King” special and brought back to be the production and lighting designer for the weekly Patriot Act series.

His design utilizes unique shapes and configurations of LED displays to surround Minhaj in an immersive environment, so careful consideration of display products was key to 5TEN’s level of involvement. 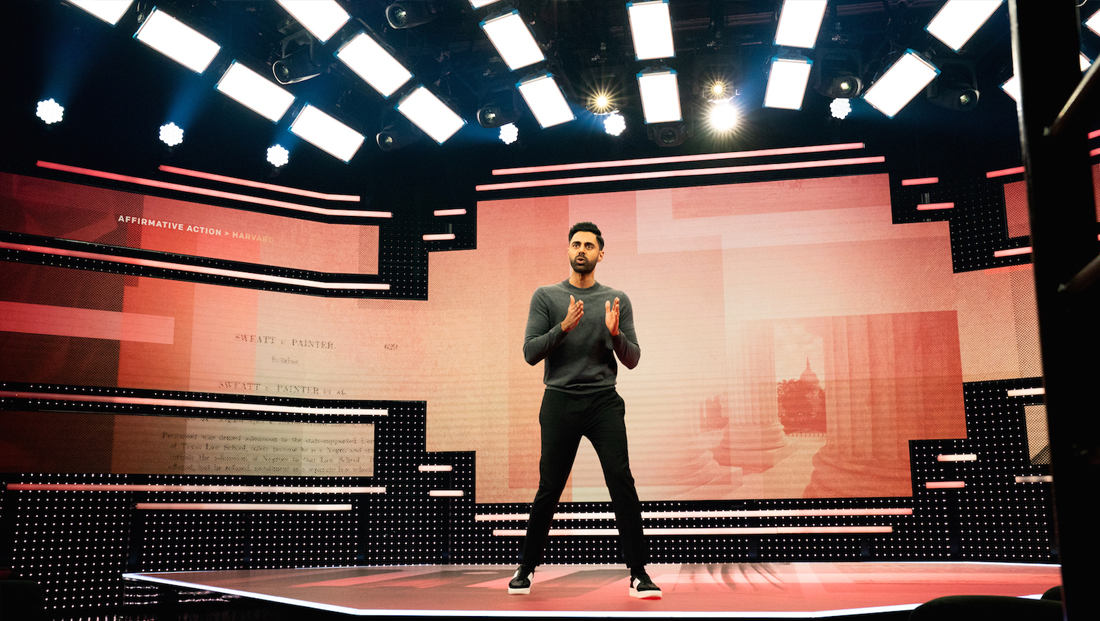 “At 5TEN our approach is to work with the designer and client to understand the overall design intent and provide the strongest possible product solution to meet their needs,” comments Ben Price, design and engineering director at 5TEN in a statement. “We advised on a range of LED video display products that would be most suited to each component of the design. The way Hasan interacts with the screens and the cameras in a rather close proximity gave us some key challenges to focus in on.”

Moiré is always an issue to mitigate with LED screens on broadcast projects and 5TEN provided extensive testing to find the best product for each part of the set design.

5TEN was originally brought in to help with the creation of a specification for the video display system.

Over time, the scope of work expanded, launching them into a much different role.

During the design and development process, it became clear that 5TEN was well-suited to help navigate product selection — especially with the custom displays needed.

The aesthetic of the video walls in Janowitz’s design was a visual departure from the traditional, over-the-shoulder rectangle of video.

“We quickly dispelled with that approach,” explains Janowitz. “There was a need to have some more recognizable kind of continuous video playing, in order to tell certain stories. But there was also a desire to have it be much more environmental; much more immersive in a way.” 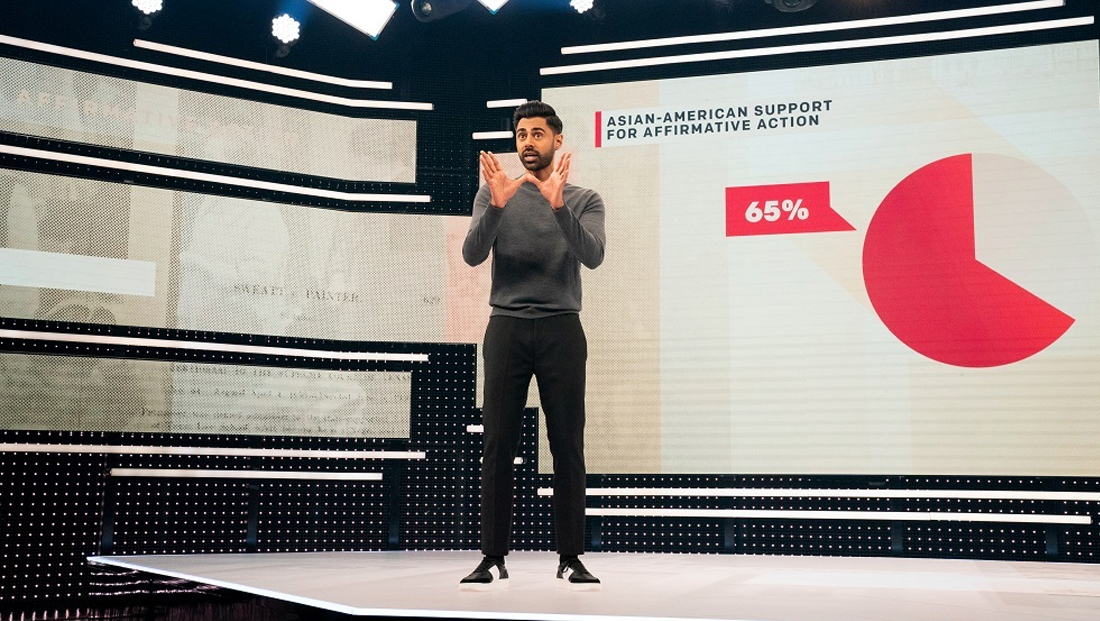 In the design process, Janowitz knew that they wanted to avoid being placed in a specific geographical location.

The main display is a configuration of an ultra-high-resolution 1.9mm LED video product that also consists of 22-degree concave angled banner displays — with the same 1.9mm product — connected to the main display and extending out and wrapping the set.

To keep pace with the heavy demands of the graphics, the setup was powered by a Disguise 4×4 media server along with Barco S3 image processor.

All control and data transfer infrastructure — switchers and routers, LED control processors, monitors and programming computers—for the video elements were also provided and installed by 5TEN.y issues, they’re always here for us. David and Ben were here pretty much every day of our load-in, and they were just fantastic to work with.”

The installation at AMV’s sound stages in NYC was completed in two weeks, plus a week of programming, tweaking and fine tuning.