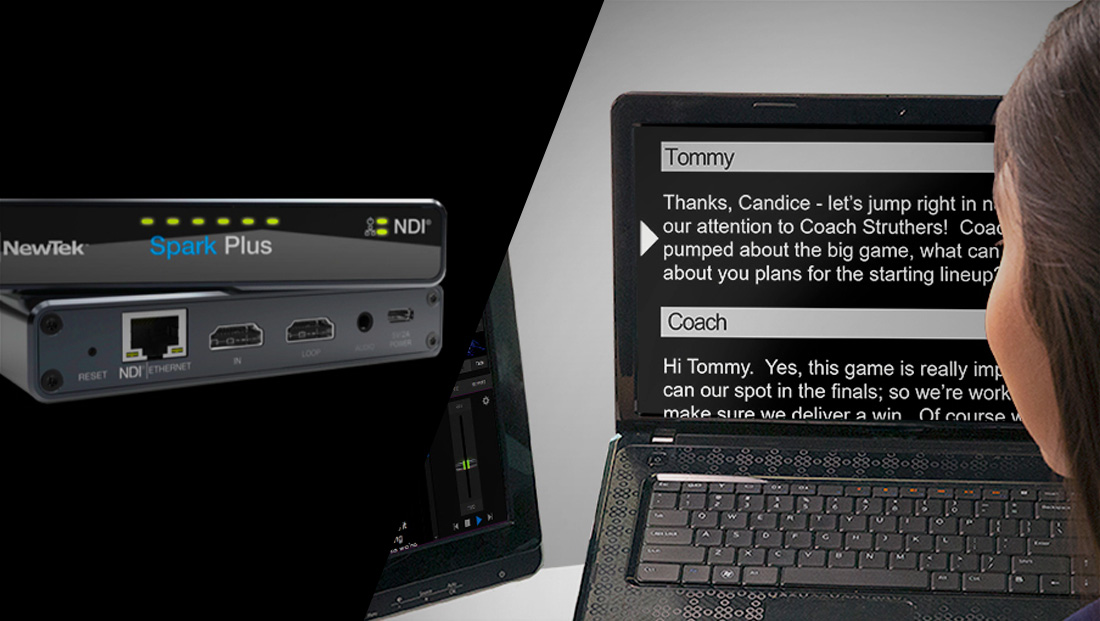 “I think it’s clear that IP is the last standard for video production, and the future of video is one based on software and computers” said Andrew Cross, president and CTO of NewTek in a statement. “Our mission is to empower video storytellers and expand their reach, making it fun to create a show and get your message out. If you are a novice or a very seasoned video producer, these new products – Live Story Creator, VMC software, and Spark Plus 4K – offer something extraordinarily powerful.”

Premium Access is now available to every TriCaster owner delivering new tools for TriCaster TC1, the new TriCaster 410 Plus and VMC, as well as older models in the TriCaster line.

Live Story Creator, uses a script in Microsoft Word format with triggers for actions that, once loaded into TriCaster or VMC, are easily executed.

The latest version of Premium Access also includes unlimited recording and replay with full synchronization for easy multi-cam editing, digital media aspect ratios and frame rates for delivery to digital screens and more. The upgrade is free to current subscribers of Premium Access.

The full power of NewTek’s VMC1 integrated production system will soon be available as a software-only subscription.

As with turnkey VMC systems, the software-only version includes integrated graphics, automation, media playback, recording, streaming, transcoding and virtual sets, along with all of the benefits of Premium Access.

These versatile 4K production software options run on standard workstations, and provide the flexibility for system upgrades of CPUs and GPUs as they become available, without the need to repurchase cost-prohibitive proprietary new systems.

VMC software will be offered in configurations up to 44-input, 8 M/E, allowing users to build an all IP UHD production system.

Adding to the popular line of portable and affordable NewTek Spark converter products are two new Spark Plus models including 4K UHD and 1080p HDMI-to-NDI versions.

Spark Plus captures video directly from connected cameras or devices and allows it to be transported over the network as visually lossless, full bandwidth NDI with virtually no latency.

Spark Plus devices are the smallest, fastest and easiest way to acquire a 4K UHD or 1080p video source from anywhere on the network and integrate it into your IP-based video production.

By combining these products with the announced new NDI recording capabilities, these become the worlds easiest multi-cam capture devices.

Live Story Creator, along with many other new capabilities will be included in the NewTek Premium Access software subscription at a suggested U.S. price of $99 per month, available later in the quarter. The upgrade is is free to current subscribers.

VMC Software will be available as a software service starting at $795 per month.