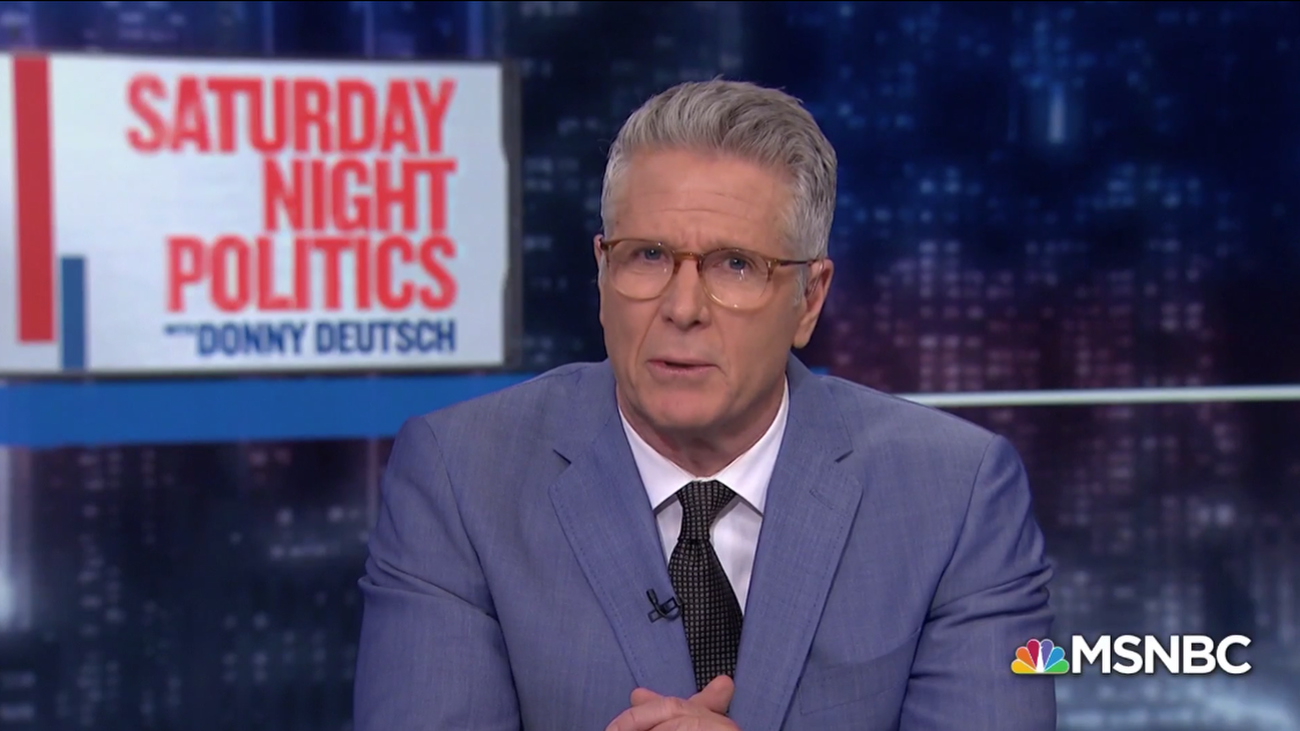 MSNBC quietly updated its schedule this past weekend, rolling out a new Saturday night show with regular contributor Donny Deutsch.

“Saturday Night Politics” is billed as an interview program with Deutsch interviewing politicians and newsmakers in a one-on-one format, a break from cable news normal fare of punditry panels, however, the initial broadcast on May 4, 2019, did feature a panel.

MSNBC has tried a similar format before with Alec Baldwin’s short-lived “Up Late with Alec Baldwin,” which capped off Friday nights in October and November 2013. Of course, 2013 was a different era for MSNBC, with “Lockup” airing on the weekends. 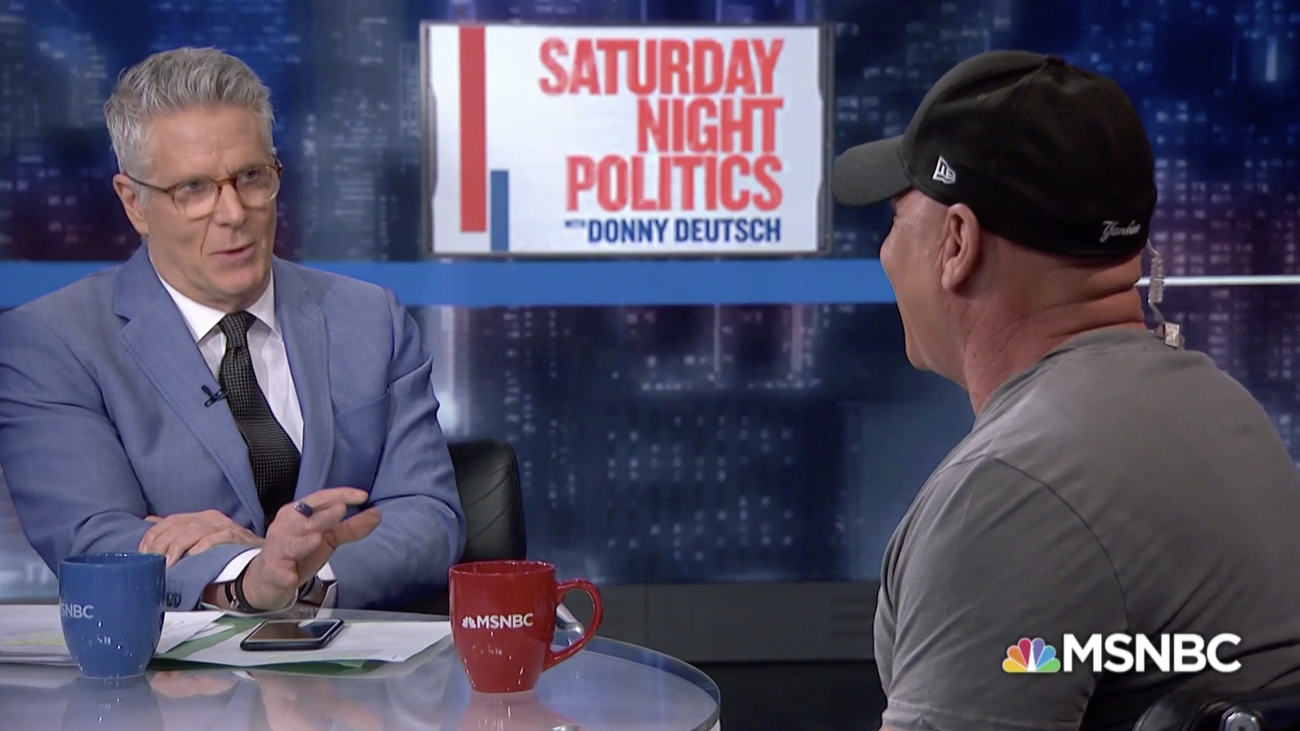 Graphically, the show open features a series of floating screens with an industrial metal mesh overlay, with a stylized New York City background. These float screens preview topics trending currently along with what Deutsch will discuss on the show. 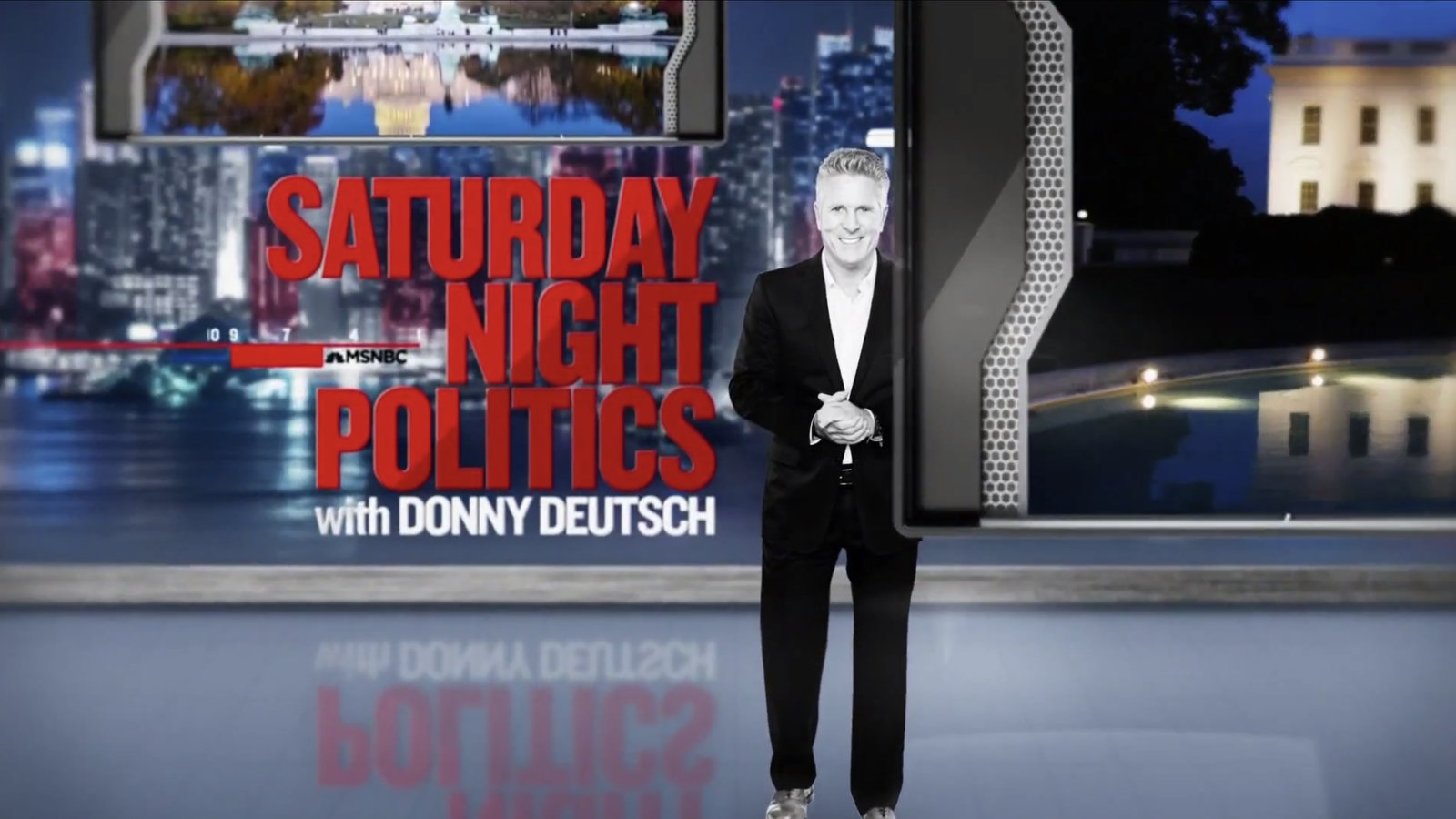 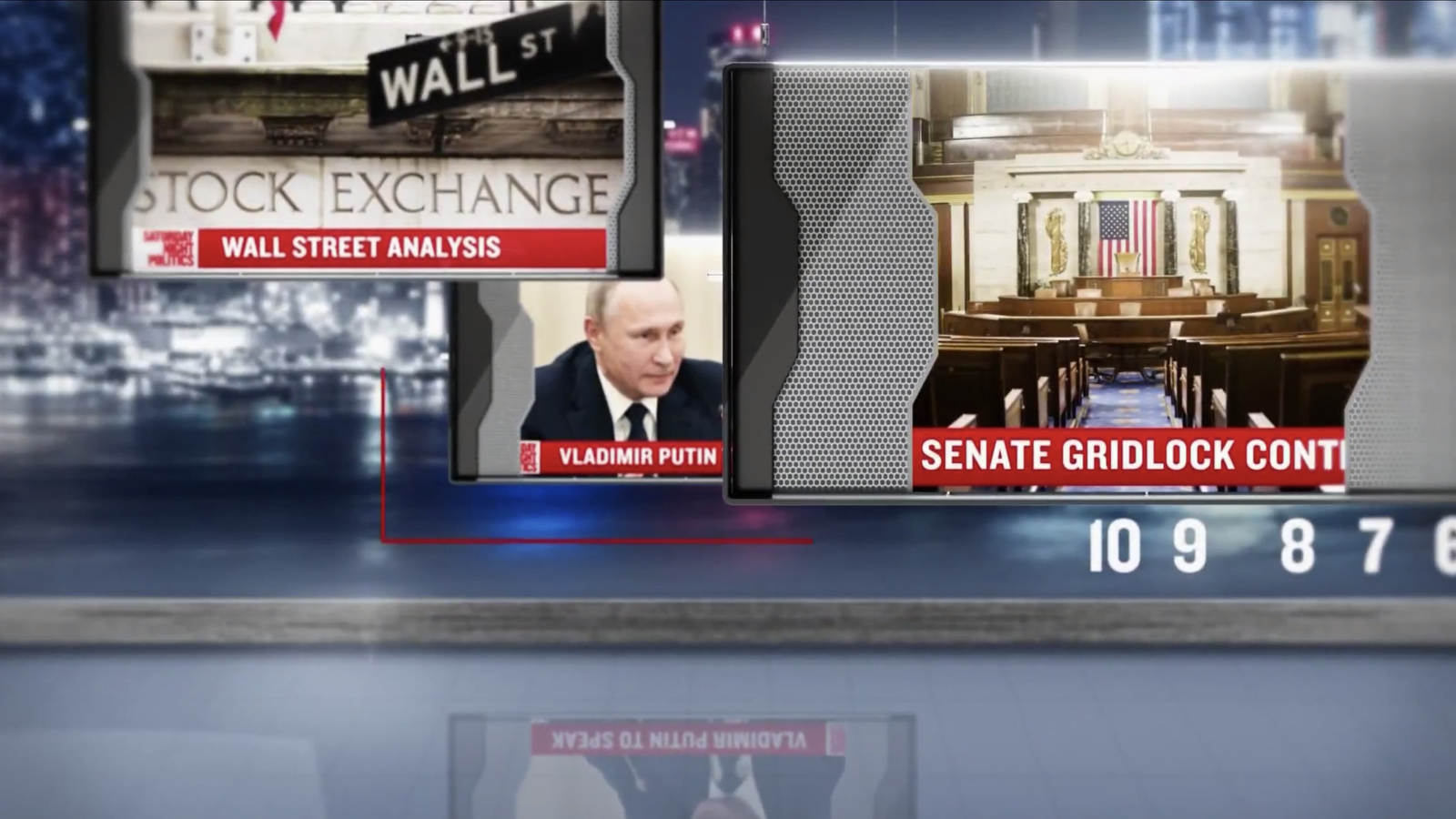 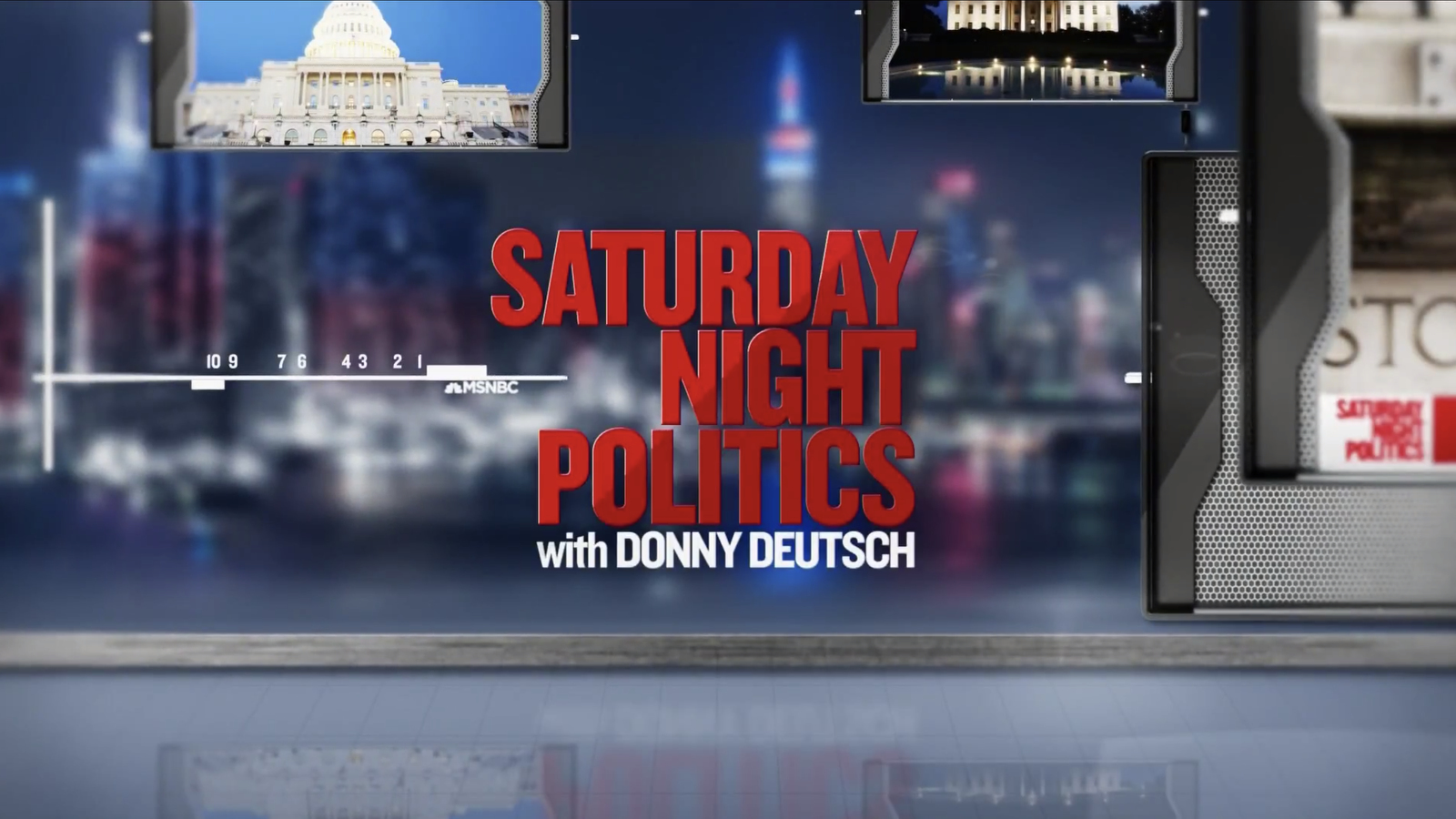 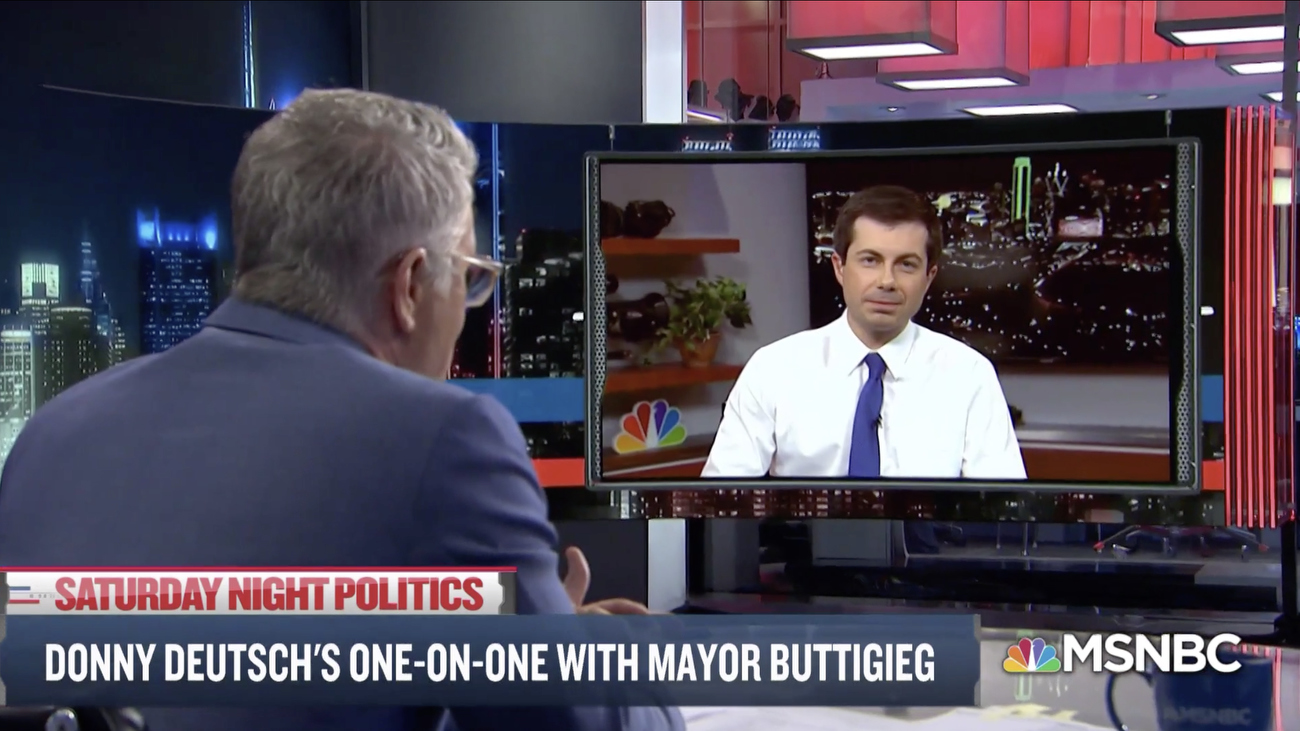 The studio’s curved LED wall is also used for interviews to allow Deutsch to speak “directly” with guests while facilitating a dynamic camera angle.