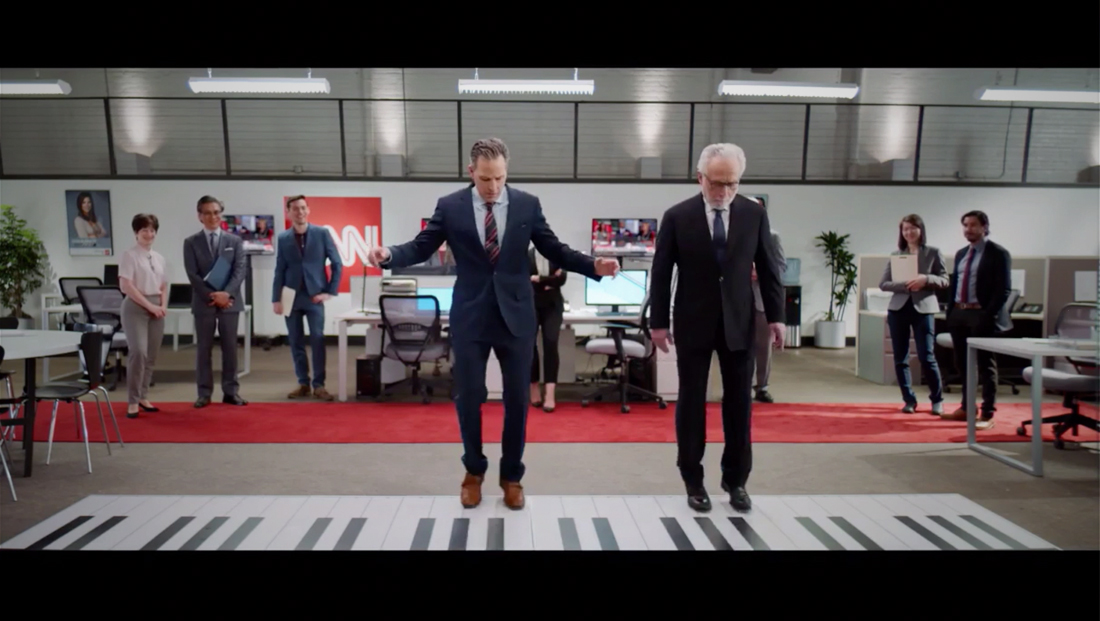 CNN anchors Wolf Blitzer and Jake Tapper are teamed up in a promo for the network’s “The Movies” docuseries to recreate the famous giant piano scene from “Big.”

Instead of the now shuttered F.A.O. Schwartz Fifth Avenue store, however, the “Walking Piano,” as its known, is “situated” inside a news”room” of sorts while Blitzer and Tapper tap out the notes to “Heart and Seoul” and “Chopsticks” on the giant keys.

The entire sequence is based on the scene from “Big” that featured Tom Hanks and Robert Loggia.

Meanwhile, Don Lemon steps into John Travolta’s shoes to recreate a scene from “Saturday Night Fever” — complete with the red paint can (no word if it’s CNN’s trademark red shade).

The Bee Gees song “Stayin’ Alive” plays over the spot.

CNN has been heavily promoting “The Movies,” including using a promo that uses real clips from iconic films.