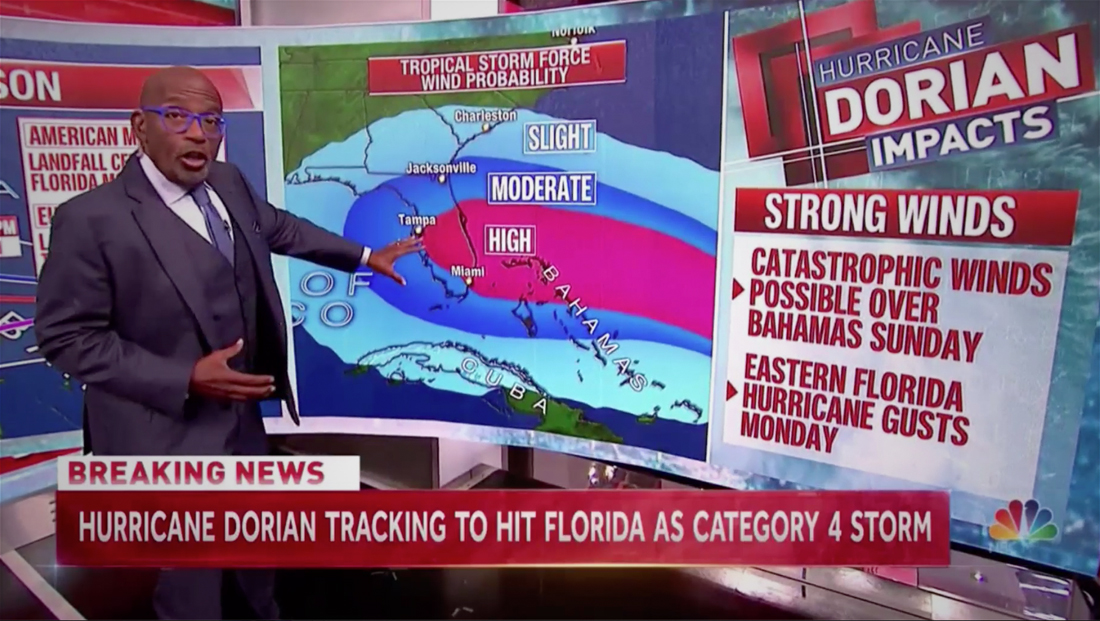 All of the “big three” network newscasts lead with coverage of Hurricane Dorian Thursday, Aug. 29, 2019 — with all three primary anchors out.

“NBC Nightly News” used the MSNBC side of Studio 3A for a weather center for Al Roker to present multiple maps from. It has done this for multiple major weather stories in the past few months.

“CBS Evening News” had a brief technical glitch on the video wall behind substitute anchor John Dickerson when the cityscape background briefly flashed a photo of the storm.

CBS also used a “Hurricane Dorian” logo with a stylized hurricane icon in a red box that showed up multiple times on the on-set video walls.

“ABC World News Tonight” also lead with the story using its video wall to showcase imagery of the storm before going to a live report.