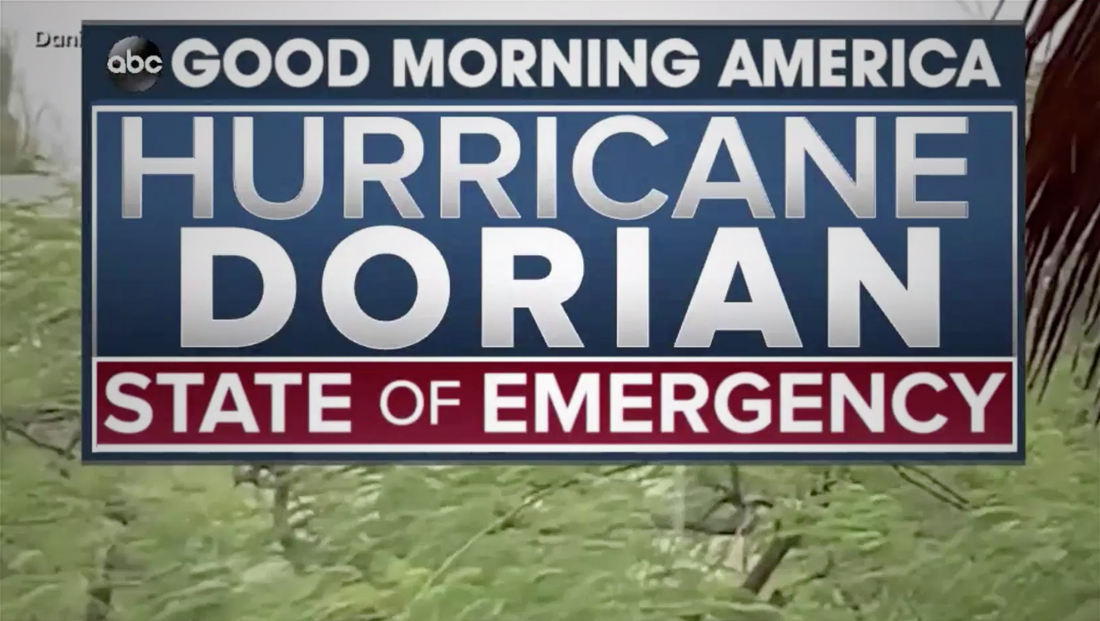 After all three major networks lead with Hurricane Dorian coverage Aug. 29, 2019, the morning shows picked up coverage the next morning.

“Good Morning America,” with all three normal anchors out, lead with coverage Friday morning that included a “What we know” graphic presented under the network’s “State of Emergency” branding it often uses for major weather events.

“Today” also lead with the story, using the sliding “production area” video panels to showcase key facts about the storm while its hurricane branding was displayed on one of the multiple portrait wild video panels that can be placed throughout the studio.

After that, the “walk and wander” style shot adjusted to showcase team coverage before winding up with Al Roker, who used the studio’s larger 40-foot video wall to showcase maps and data.

“CBS This Morning” used is large seamless video wall installation for a weather update from WCBS forecaster Lonnie Quinn before the handheld camera moved over to the small alcove next to the video wall for an anchor toss to a live report.