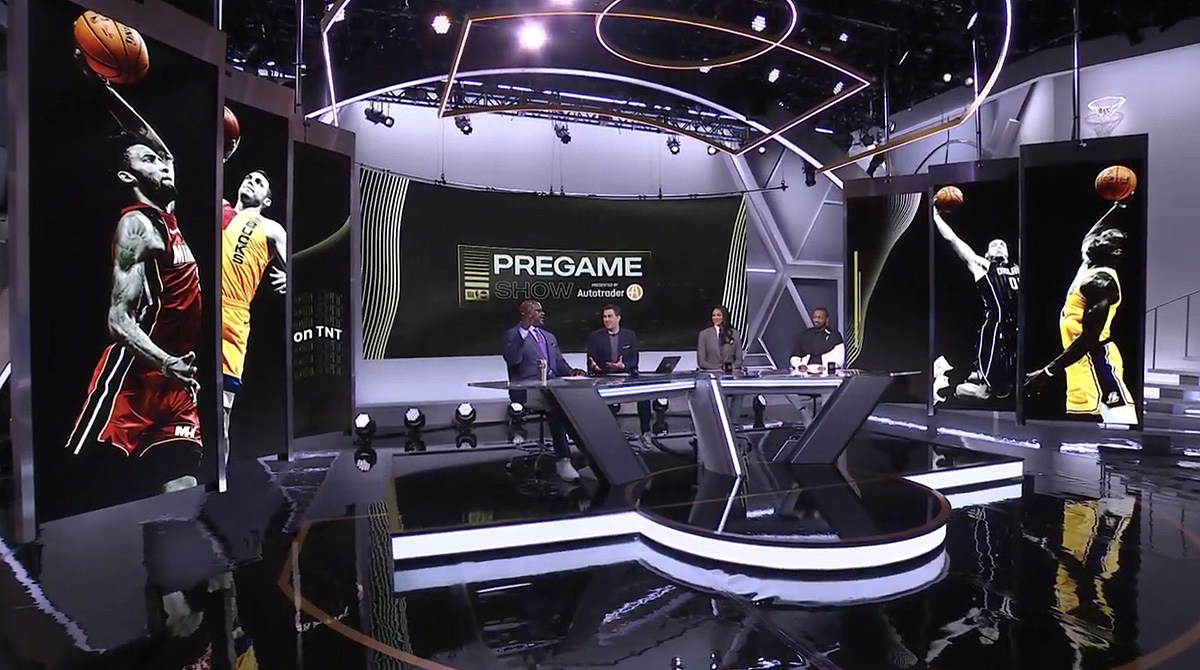 Hosted by Adam Lefkoe with Dwyane Wade, Candace Parker and Shaquille O’Neal, the broadcast features a heavy integration of Twitter and Instagram posts along with a new look for the home of “NBA on TNT,” Studio J.

Using the half of the studio that normally houses a faux basketball court, the redressed studio brings a new color palette of cool greys accented by up- and downlights. Exposed light bars add pops of white.

The skyline view that wrapped the studio is completely obscured by the new design, as is the studio’s hardwood flooring. 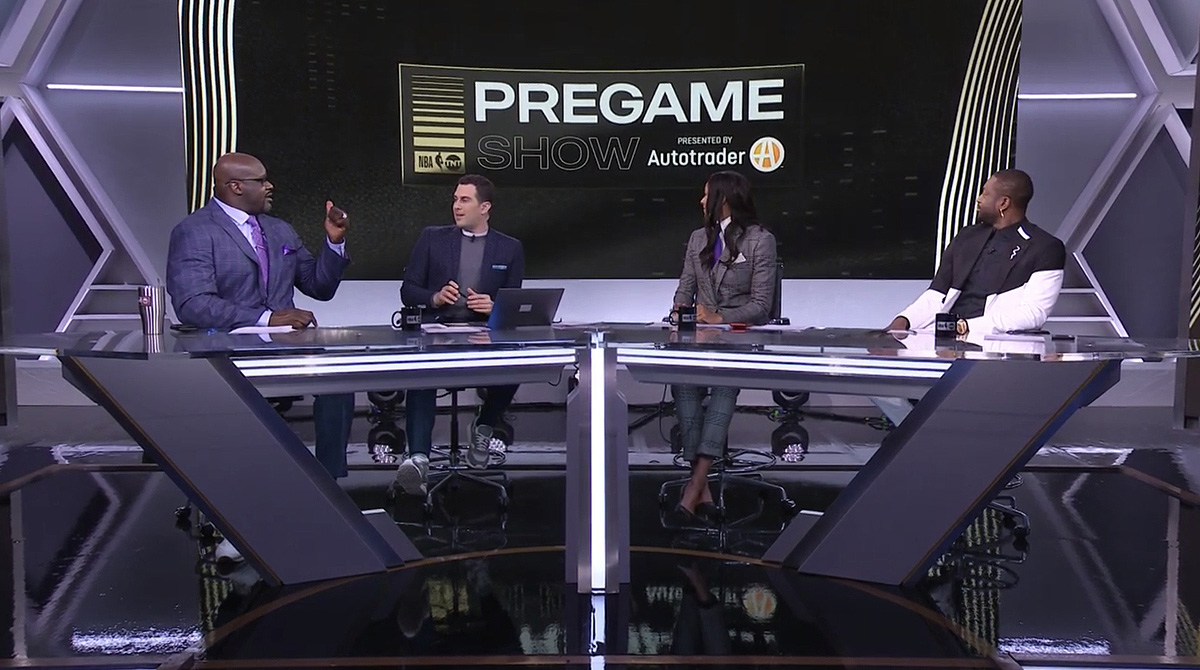 The desk itself is enough to draw a contrast with the earlier look of Studio J. Its open front and metallic finishes could hardly be more different than the hulking desk used on Thursday night’s “Inside the NBA.”

Turner Sports notes the new desk is designed this way to allow viewers to see the talent’s shoes and outfits, a key part of their personality. 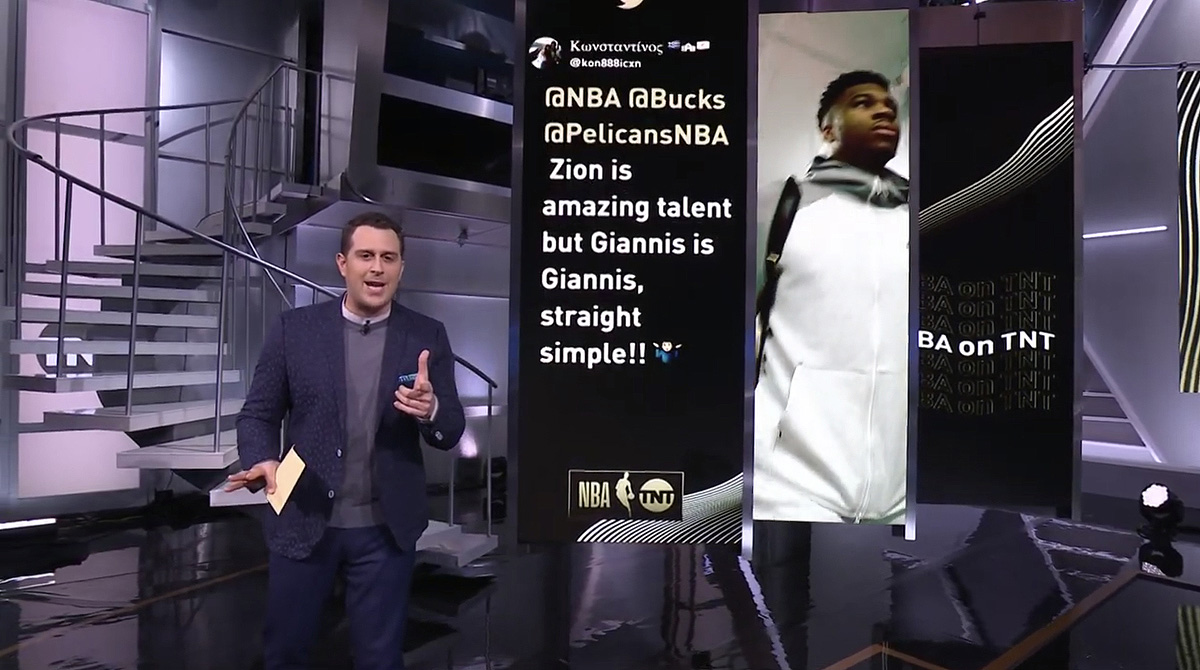 Lefkoe, who joined the broadcast from Turner’s Bleacher Report, teased segments from these monitors during the first broadcast, which also served as bump monitors leading in and out of breaks. 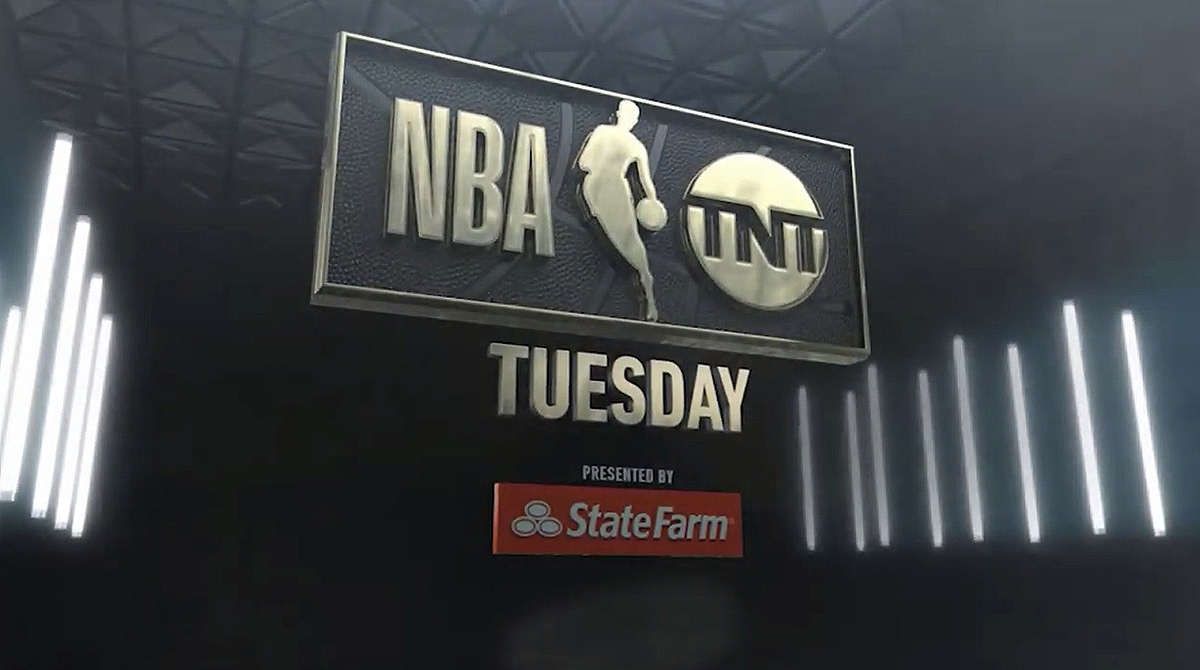 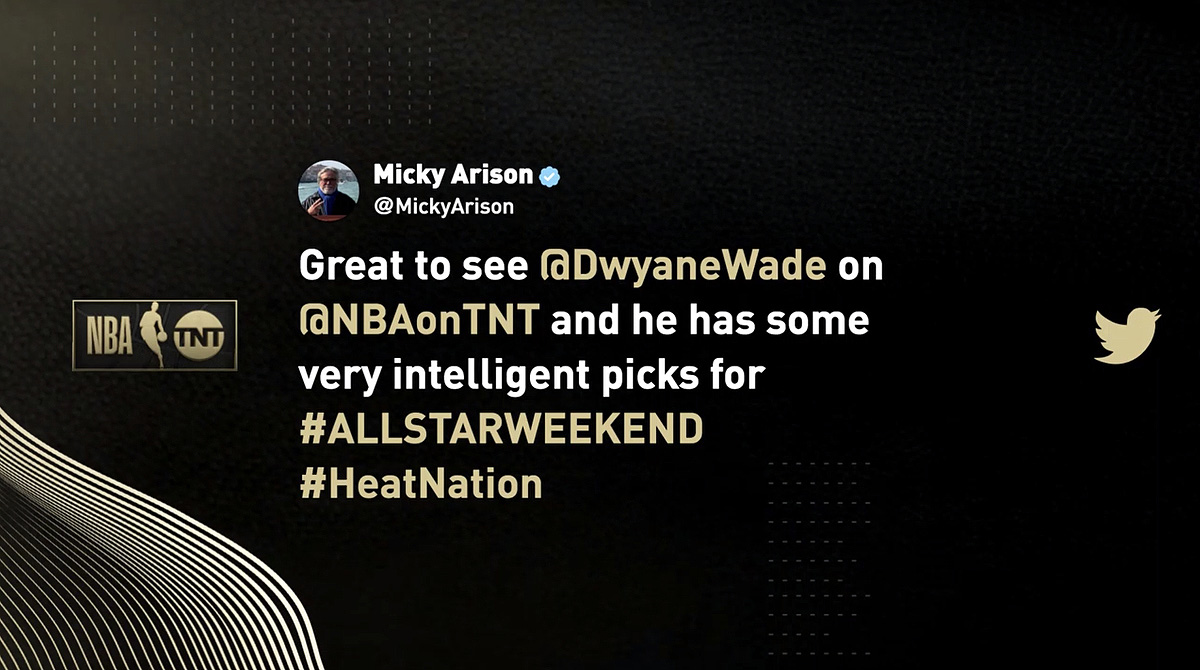 While largely using the normal graphics package for TNT’s basketball coverage, the show also brings new elements, with wavy lines that together create a 3D effect and dynamic LED animations across the seven-monitor array.

The debut of “NBA on TNT Tuesday” was delayed a week following the death of Kobe Bryant and eight others in a helicopter crash outside of Los Angeles, with TNT turning last week’s Tuesday night slot into a courtside tribute at the Staples Center, where Bryant played with the Lakers.

Studio J, part of Turner’s Atlanta campus, went on air in November 2015. The updates were completed by Turner Sports and led by Jordan Shorthouse.