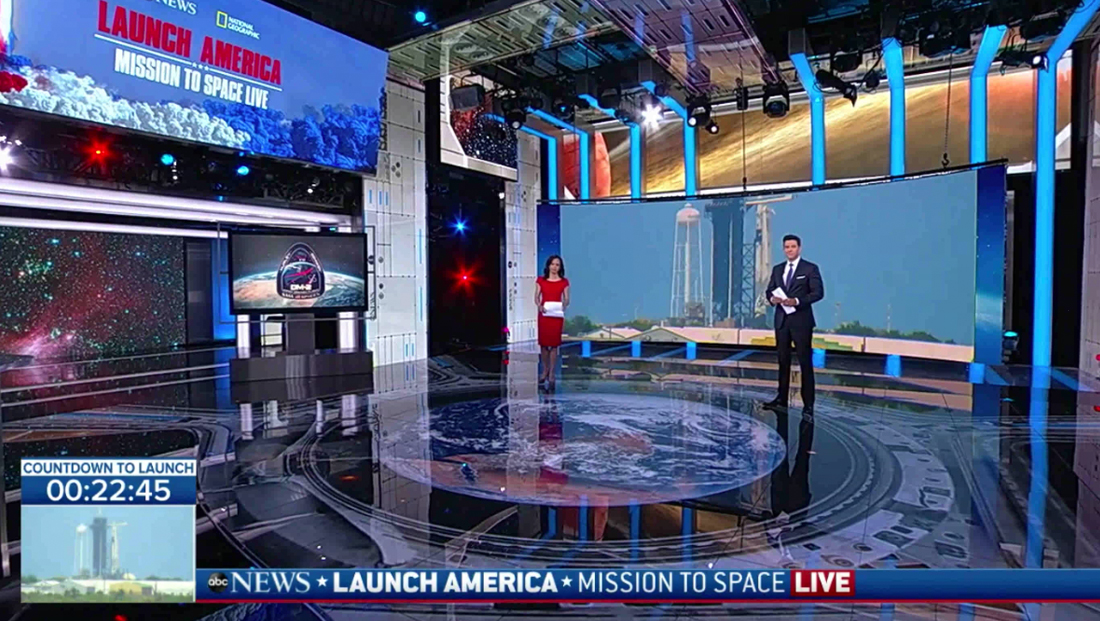 All of the “big three” U.S. networks offered special reports of the Crew Dragon SpaceX NASA launch May 30, 2020 — with ABC going all out turning its sprawling news studio that launched on Super Tuesday into “launch headquarters.”

ABC and the other networks had originally planned on airing coverage Wednesday, May 27, 2020, but weather forced the launch to be scrubbed, pushing it to Saturday.

For its coverage, ABC worked with National Geographic, which became part of the Disney family when the ABC parent bought most of 21st Century Fox’s assets in 2019.

All three networks used the “Launch America” branding, which was also prominently featured on shared pool feeds provided by NASA TV and SpaceX. 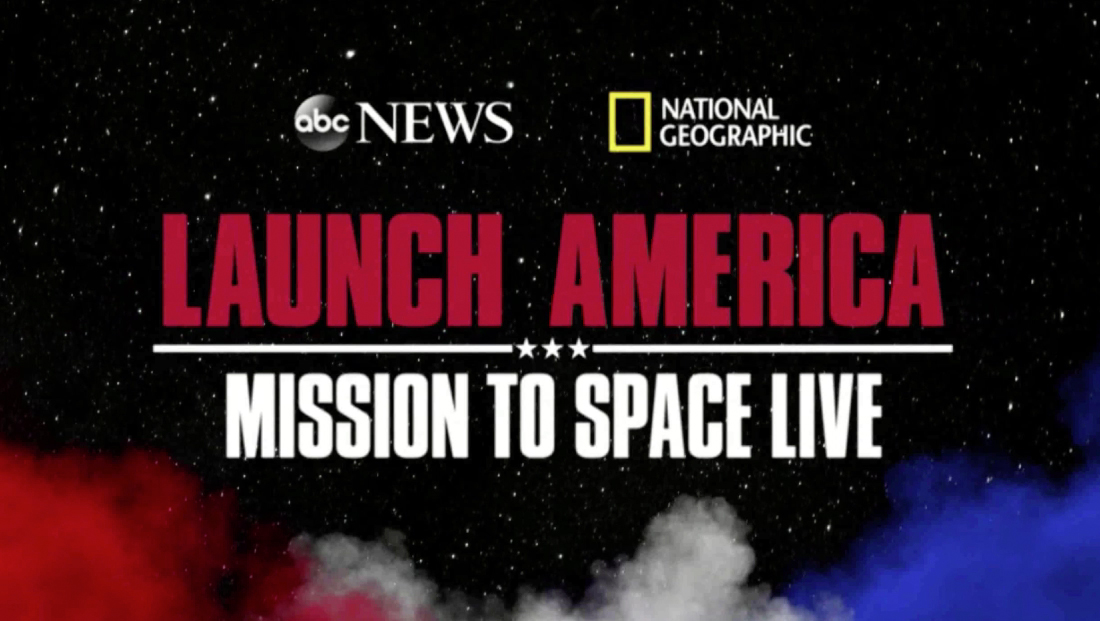 Like with its coverage of the 2017 solar eclipse, ABC used the song “Glowing in the Dark” by The Girl and the Dreamcatcher, throughout the open as well as at the end of its special coverage.

The circular LED floor panel included a large rendition of the Earth along with spaceship inspired accents.

The vertical and horizontal LED ribbons, meanwhile, where outfitted with graphics inspired by the panels on the side of a spacecraft.

ABC started its special with Llamas and Davis standing — socially distanced, of course — in front of the movable curved video wall that showed a live feed of the launch pad in Florida.

This area was also used for standups captured using a handheld camera that moved from one side of the space to the other.

For the remainder of the special, Llamas and Davis moved to a boomerang shaped anchor desk situated on the opposite side of the studio, allowing for toss shots back to the curved video wall.

Behind the anchor desk a large spacescape designed to resemble the view from a spacecraft was shown behind the anchors and in-studio panelists (again seated far apart from each other). 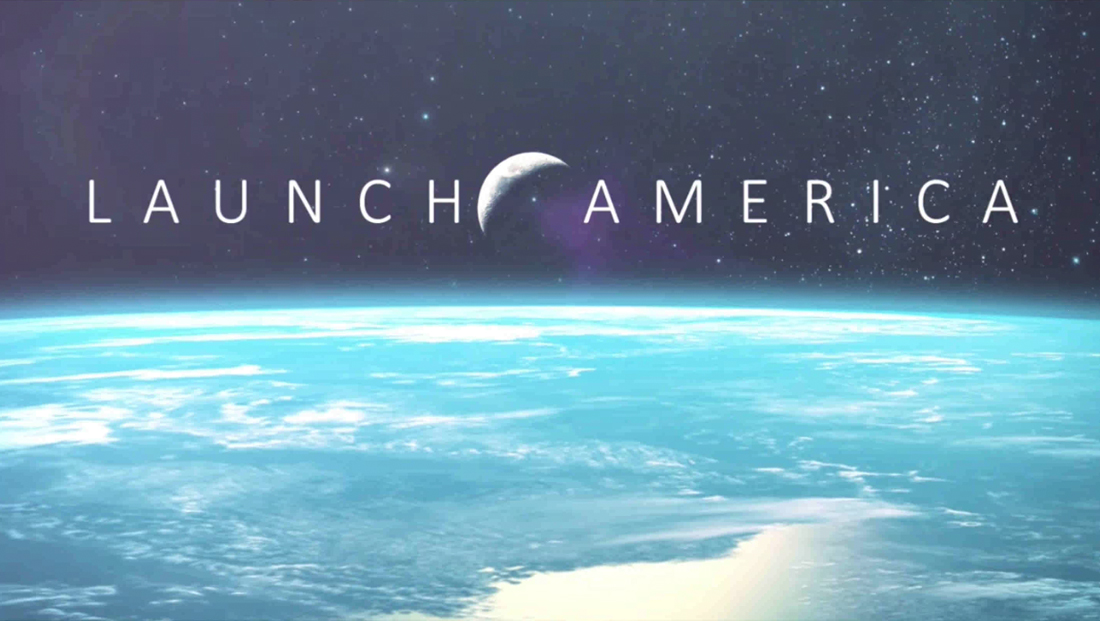 On NBC, the network started with its normal special report slate and open before transitioning to a squared off collection of space themed imagery and a sweeping view of the Earth’s horizon as a title card.

Jose Diaz-Balart anchored coverage from Miami with a video loop of the network’s New York newsroom behind him.

Balart normally anchors “NBC Nightly News” on Saturdays and, since the coronavirus pandemic, has been originating from Miami’s Telemundo studios. 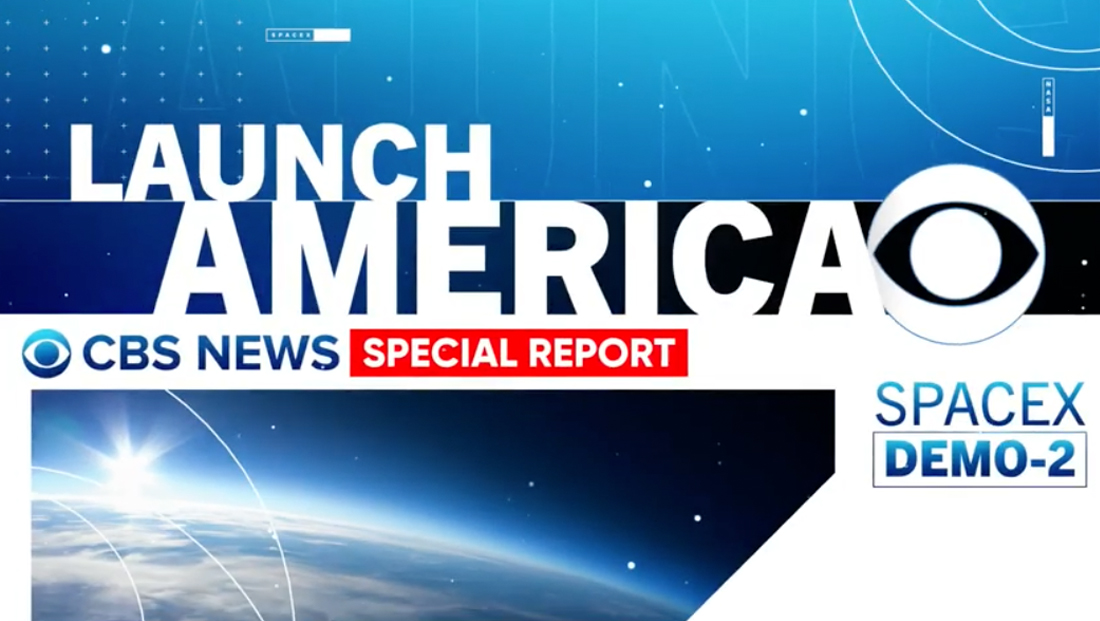 CBS News, meanwhile, had Mark Strassmann anchoring from Kennedy Space Center and also used a special open that included a red, white and blue color scheme and view of the horizon along with typographic and microtext accents and “glitch” style animations.