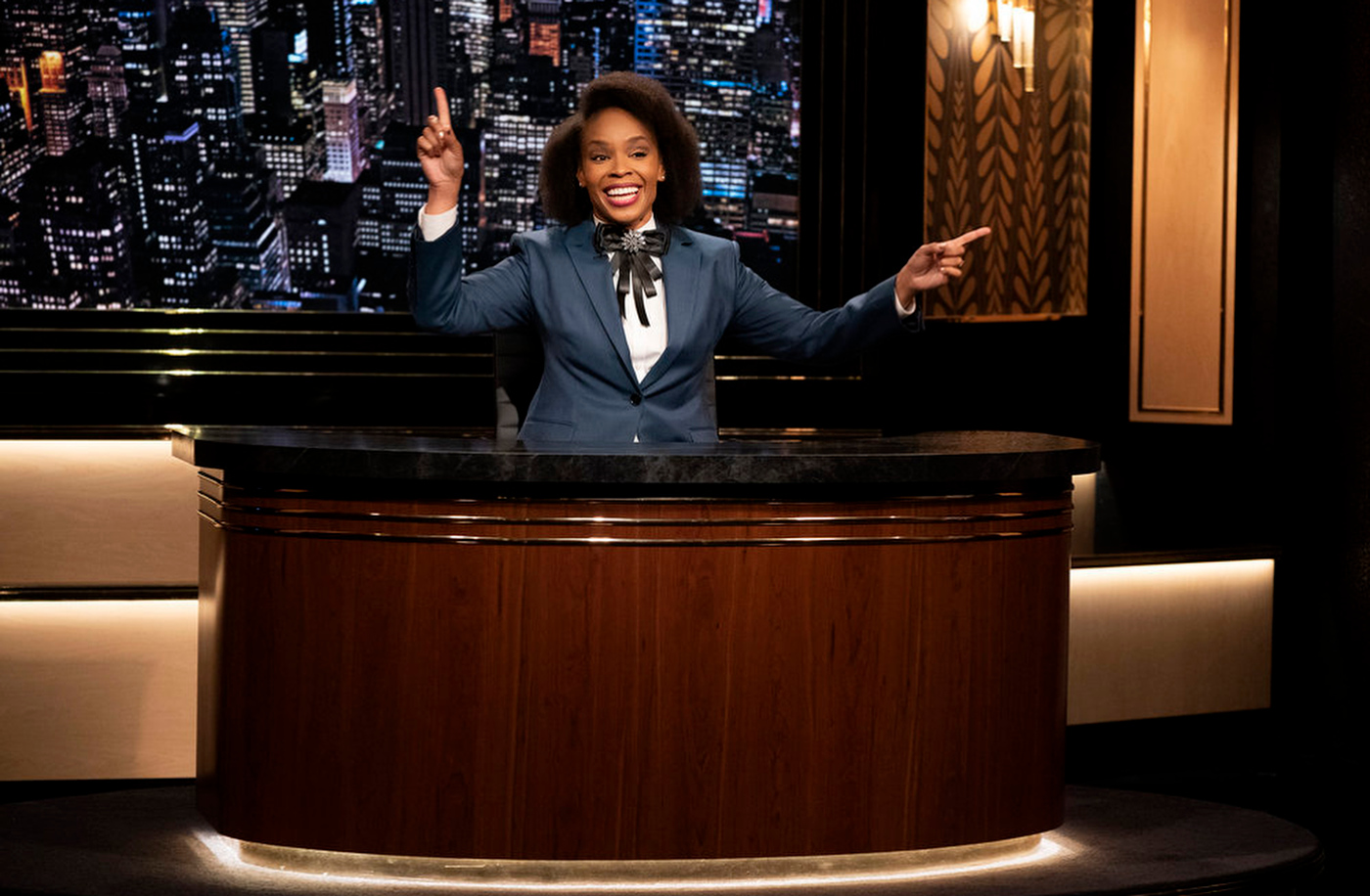 Since Meyers tapes new programs only Monday through Thursday, Studio 8G was available for Ruffin’s Friday night program without tieing up another studio in the building. Ruffin also works as a writer on “Late Night” with Meyers serving as a producer on the new program through his Sethmaker Shoemeyers Productions company. 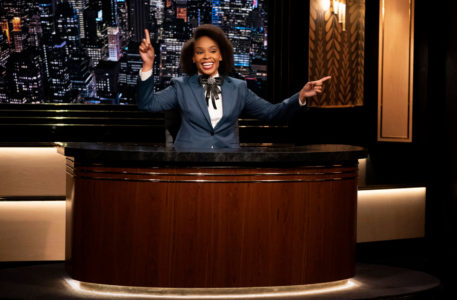 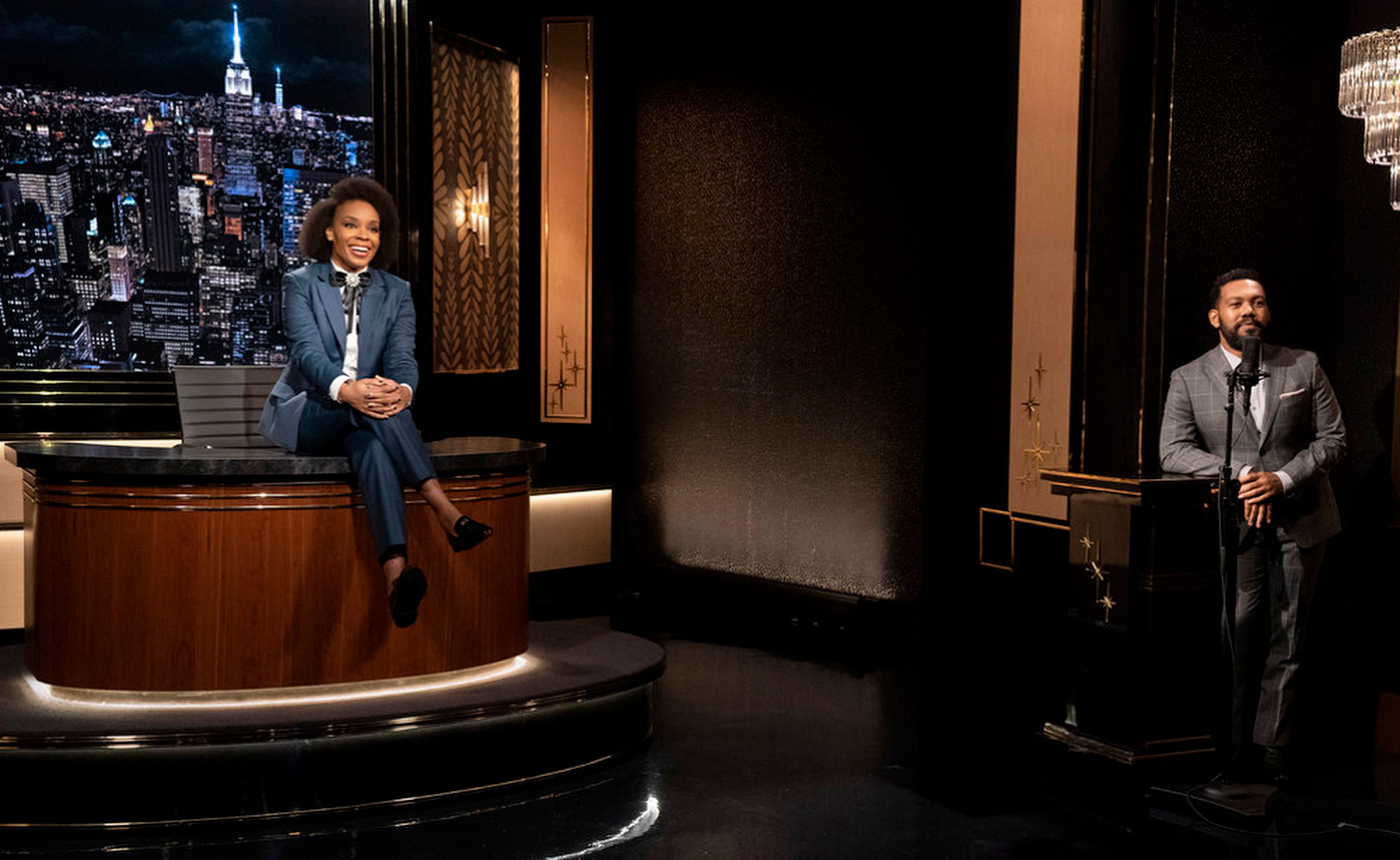 Using a small portion of Studio 8G, Ruffin’s set is an intimate space focused around a wooden anchor desk with marble accents where monologues and jokes can be lobbed. Lighting accents add layers to the riser and back wall which includes a skyline view of New York surrounded by repeating thin gold frames.

The same team behind Meyer’s set created the look with Ellen Waggett of Vibrant Designs handling the production design and lighting by Kathleen Dobbins-Underwood.

Wilmore’s new self-titled program, meanwhile, focuses on interviews and “important conversations of the week” utilizing large-scale LED screens to facilitate face to face conversations with guests in a coronavirus world. 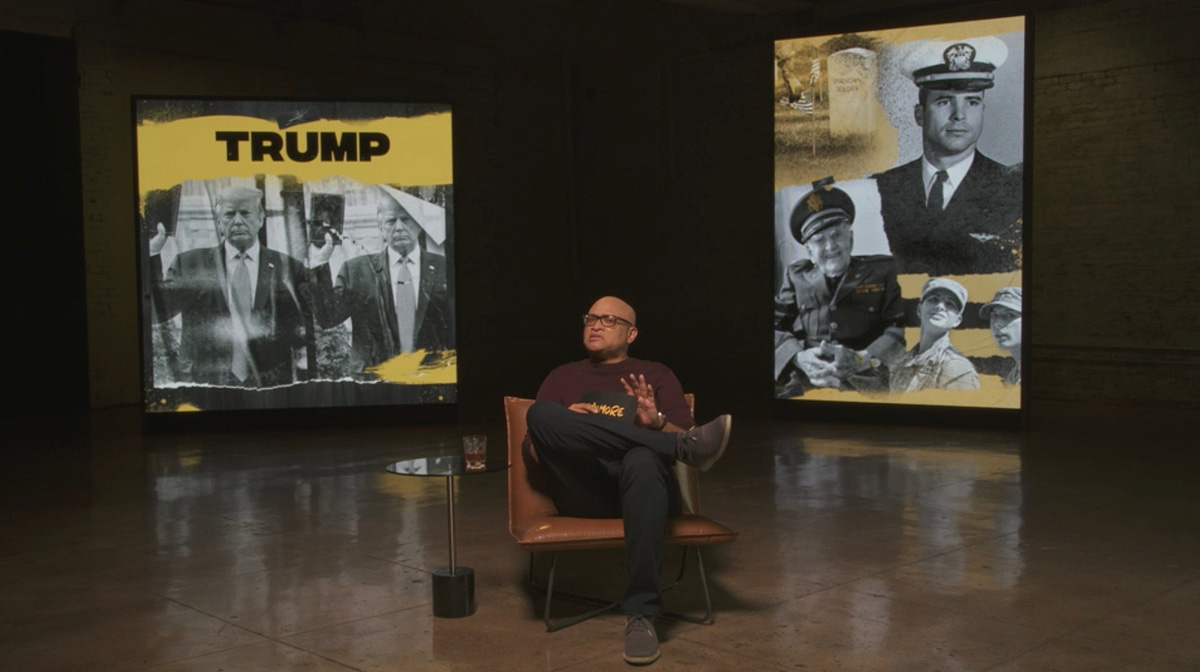 The production design of “Wilmore.”

Filming in Los Angeles, Wilmore’s production design from Roshelle Berliner is fairly sparse with only a simple chair and side table. 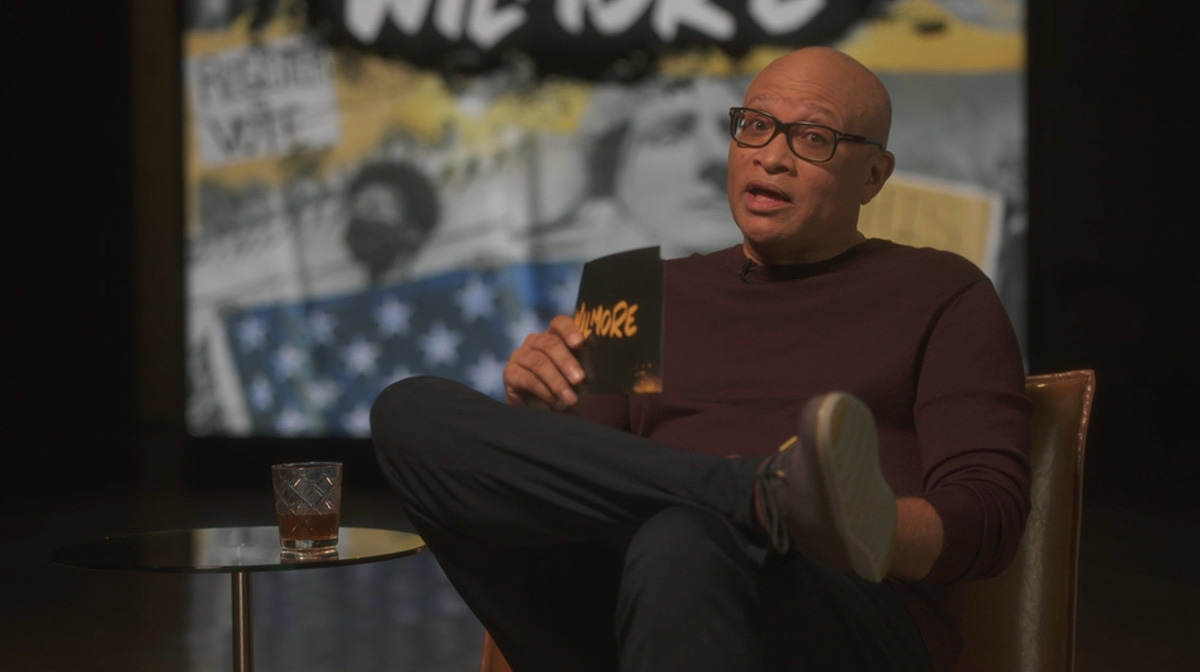 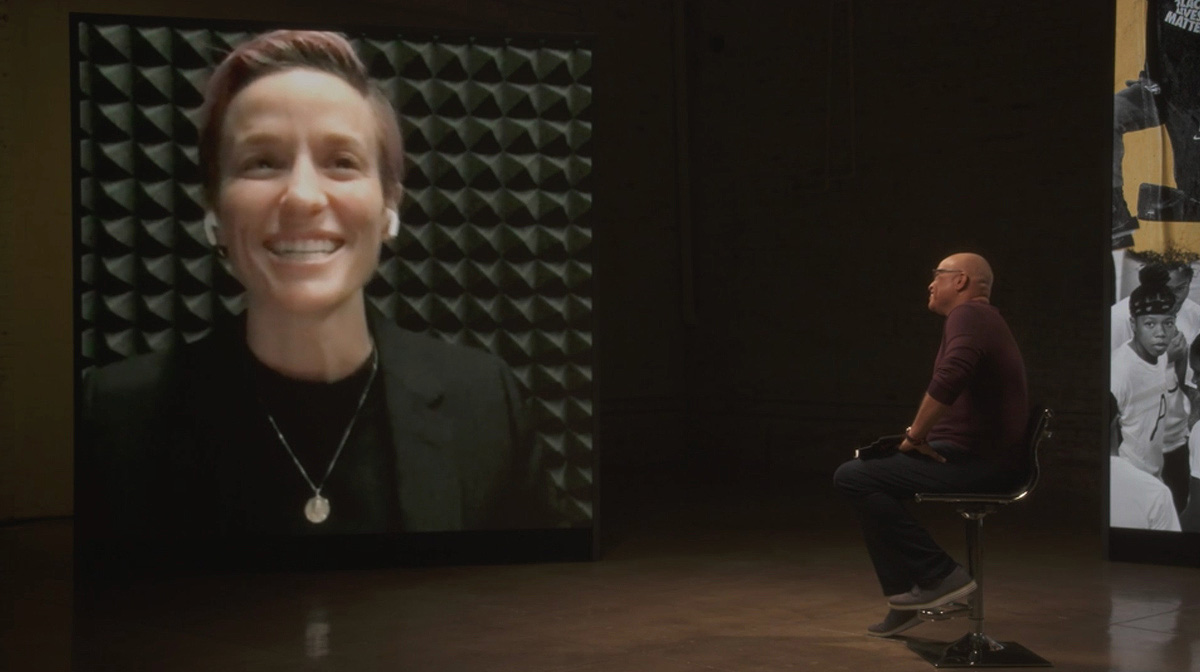 The large monitors add color to the design through segment graphics with negative space a feature of the design.

Both “Wilmore” and “The Amber Ruffin Show” received limited episode orders from Peacock, with Ruffin’s able to expand to a full-season order. Wilmore, however, has noted his program is only on for a limited run and would likely be reformulated if it returns in the future as a permanent show. 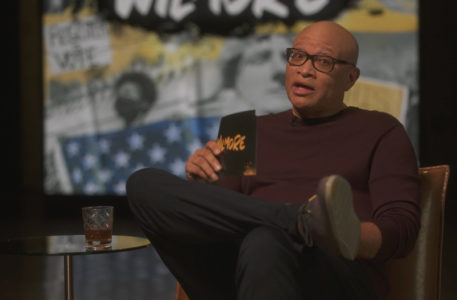