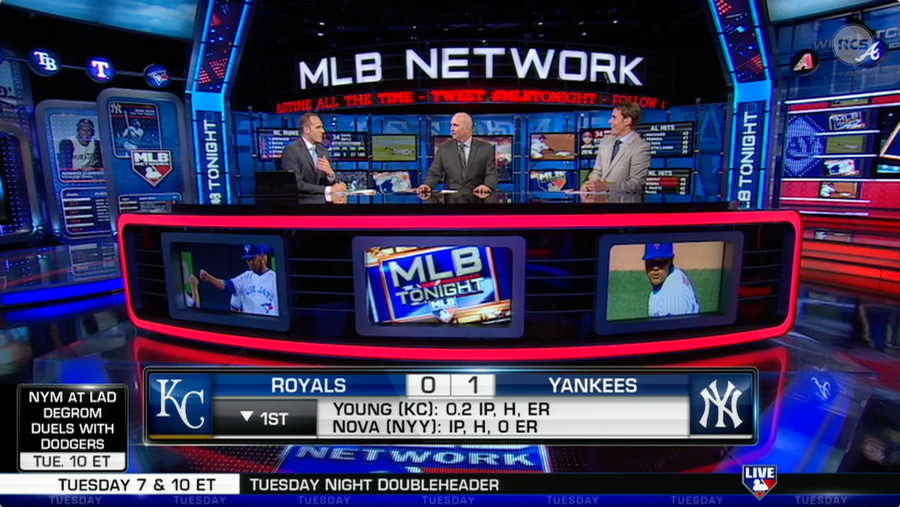 Major League Baseball Network, a new channel debuting in January 2009, has agreed to move into the former MSNBC headquarters in Secacuas, N.J.

The network will receive tax benefits and bring approximately 200 news jobs to the area.

The former MSNBC building was originally an industrial-style building, with some wide open spaces allowing MSNBC to create what was at the time the largest newsroom set in the world (this title has since been overtaken by the BBC newsroom in London and perhaps others).

In order to achieve the open space MSNBC wanted for its main studio area, architects designed a unique support system that was mounted on the outside of the building, effectively holding up the roof over the newsroom. The structure is visible on the satellite photo of the area via Google Maps (zoom on the marked building).

You can also read an in-depth report on NewscastStudio’s visit to the facility when it was still used by MSNBC here (click on “StudioPass” link).