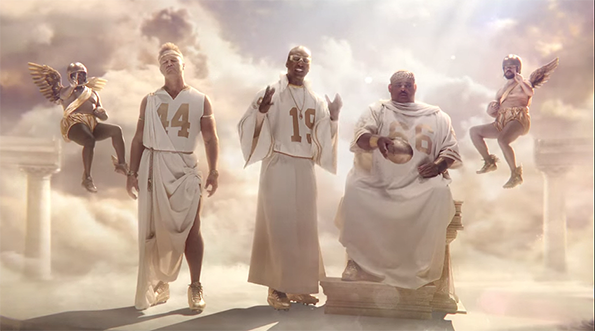 Fox Sports has rolled out a creative new promo for college football season, asking fans to “Honor Thy Saturday” or risk angering the gods.

Fox has nearly 100 college football games scheduled across its national and regional properties, giving it room to brag.

“These spots represents the largest college football initiative in our history,” said Robert Gottlieb of Fox Sports. “These television spots use the gravitas of some of the most legendary figures in the sport to call attention to the enthusiasm fans have for college football, as well as their rituals and superstitions, and are a fun look at what can happen to fans that are less than devout.”