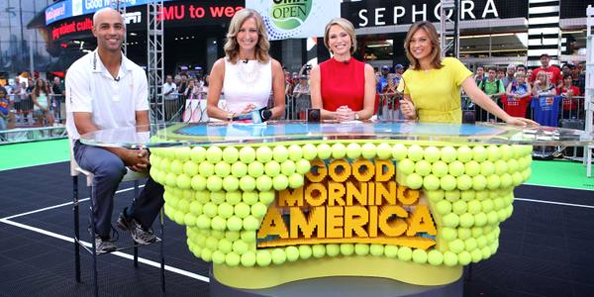 ABC News‘ “Good Morning America” is marking the U.S. Open with a replica of its anchor desk made from tennis balls and Lego bricks.

The desk, which was positioned outside the show’s Times Square studio, mimics the tier bands found on the main anchor desk — but instead of internally lit panels, the ribbons are made from tennis balls.

The show’s logo is attached to the front of the desk, just like on the indoor version, but is created from yellow Lego bricks.