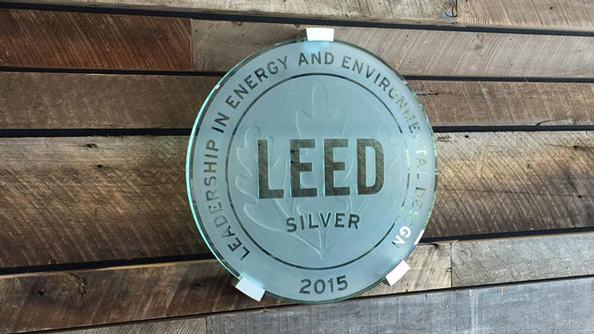 The Studios at DFW, the 75,000-square foot facility NBCUniversal built for its NBC and Telemundo facilities in Dallas, has earned the LEED Silver Certification from the U.S. Green Building Council.

The facility, which sits on eight acres and opened in October 2013, is located in the CentrePort Business Park, located just south of the Dallas-Ft. Worth airport (hence the “DFW” in the name).

The building features the studios and newsroom for KXAS-TV, the local NBC station, and KXTX-TV, the Telemundo affiliate. Both are owned by NBCUniversal.

Some of the building features that helped it earn its LEED rating include:

With this announcement, the Studios at DFW becomes the Dallas-Ft. Worth region’s first LEED certified broadcast facility and one of only a few in the nation, according to the station.