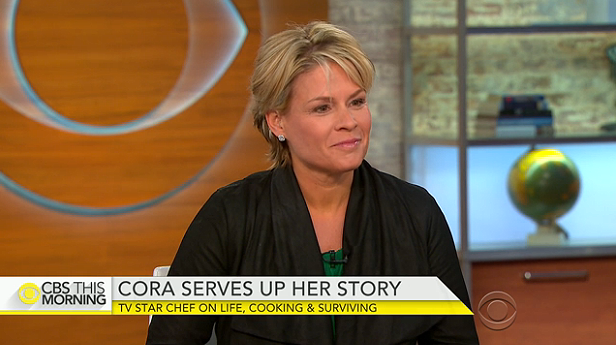 CBS News‘ “CBS This Morning” Rolled out some changes to its graphics, making them flatter and bolder.

The show, which last rolled out changes to its graphics in February, has retained the angled look but eliminated much of the glossy effective that that package contained. The overall effect is a much flatter, but perhaps more legible look.

The logo, which also appears in the lower left of L3s, has been refined and also had the glossy effect removed from the CBS eye icon. Notably, the logo now has what is often referred to as a “long shadow” in design circles applied to it.

In addition, the topical imagery to the left of the logo is also gone. Another notable change in the broadcast’s design is that the yellow and white color scheme of the first and second tiers has been flipped — with white now being on top.