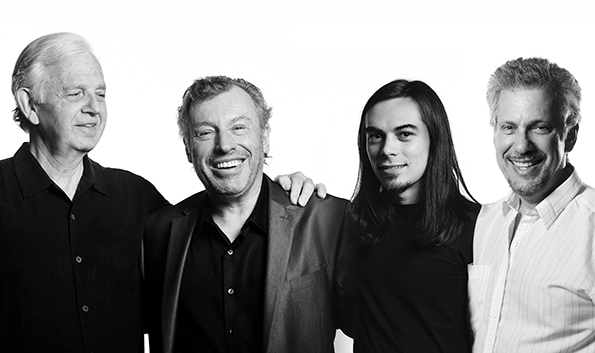 Megatrax, a production music company, has formed A-List Music, a new division that will focus on high-end licensing from some of Hollywood’s top composers.

The new label, geared towards motion picture trailers and movie marketing campaigns, includes 25 composers and six albums at launch. The albums include 60 custom composed cues and 50 tracks of sound design.

The launch albums include:

The tracks were recorded by a 300 Piece Hybrid Studio Orchestra, boasting a 90-voice choir, a soaring 90-piece string section, a 30-piece brass section, and over 100 tracks of sound design, impacts, guitars, bass and drums. The A-List ensemble was further embellished with over 50 live percussion instruments, including multiple timpani, orchestral toms, taiko drums, tubular bells and gongs, to create a vast sonic palette.

Composers who contributed to the albums include:

Jeff Carruthers: Carruthers is a multi-platinum composer, songwriter, producer, arranger and sound designer. In 2014, he earned a Grammy Award nomination for his work on the Dave Koz CD “Summer Horns.” He has composed and arranged many Billboard # 1 singles, and has appeared onmorethan 50 Top Ten albums. He has four Platinum and four Gold Record Album awards.

Jim Dooley: Dooley won an Emmy Award for “Best Original Music Composition for a Series” for his work on ABC’s “Pushing Daisies.” He has contributed music to the hit DreamWorks animated features “Madagascar” and “Madagascar: Escape 2 Africa,” and the Academy Award-winning animated film “Wallace & Gromit: The Curse of the Were-Rabbit.” He collaborated with Hans Zimmer on “Gladiator,” and contributed to the success of “The DaVinci Code,” “Pirates of the Caribbean: The Curse of the Black Pearl,” “The Ring,” and many others.

Ryan Andrews: Andrews’ work has been featured in the theatrical advertising campaigns for films and videogames including “Transformers: Age of Extinction,” “Hercules,” “The Expendables 3,” and the “Call of Duty” game series.

Mark Denis: Denis has written music for theatrical campaigns behind “World War Z,” “Iron Man 3,” “Zero Dark Thirty,” and “The Avengers.” His work can also be heard on hundreds of TV programs and promos airing on the big four major television networks.

Eddie Wohl: Three time Emmy Award Winner Wohl has composed music placements on The Super Bowl, the NFL/CBS, the NBA/NBC, The Olympics, “Judge Judy,” and “Inside Edition.” He is also a producer of records with sales exceeding 6-million copies.

The other music composers who comprise the A-List Music banner are:

Nathan Whitehead (“The Last Ship,” “Transformers: Dark of the Moon,” “The Purge: Anarchy”)