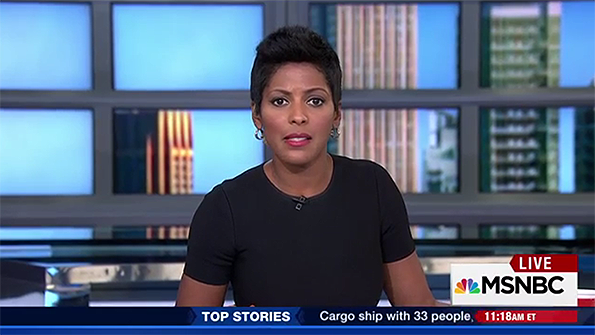 Remember “NewsNation with Tamron Hall” or “The Rundown with José Diaz-Balart” Well, if you’re a regular viewer of MSNBC, you probably do.

Thanks to a host of changes hitting the network, shows like this are becoming a thing of the past during the dayside hours, as the network works to unbrand everything, opting instead for “MSNBC Live.”

It’s almost like an attraction at a theme park, “MSNBC Live!” It’s the live show you have to sit through between the start and finish.

This strategy, of course, is similar to CNN’s “Newsroom,” or Fox’s “America’s News HQ.”

MSNBC is moving away from talent, putting the emphasis on stories, allowing them to sub talent in as needed, such as Brian Williams during breaking news events.

This “Live” strategy began to take shape as Thomas Roberts took over in March, but due to various cancelations, it’s now engulfed most of the day.

Andrea Mitchell, you’re on notice, you may be next…

Chuck Todd, who anchors “MTP Daily,” should be safe from a rebrand, as his show begins the evening block of shows.