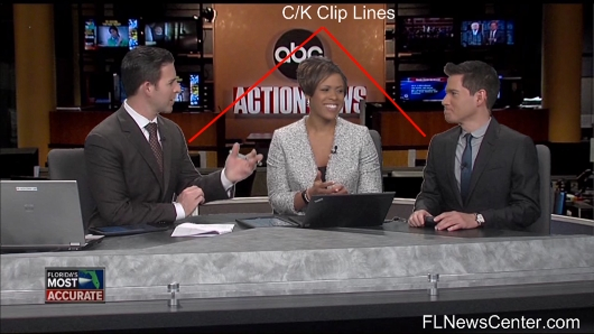 Tampa viewers can expect to see another station debut a new set soon — this time it’s WFTS-TV, the Scripps-owned ABC affiliate in the market.

This comes on the heals of rival WTVT-TV, the Fox O&O, debuting a new set this week.

Florida News Center reports the station has been originating its newscasts from in front of chroma keyed images of its old newsroom set.

Florida News Center also points out, in a screen grab, how the chroma key clip lines are visible to the observant viewer.

The old set, Florida News Center says, was so large that it took nearly a week to remove it and prep the studio for the new look, which is expected to debut in November.