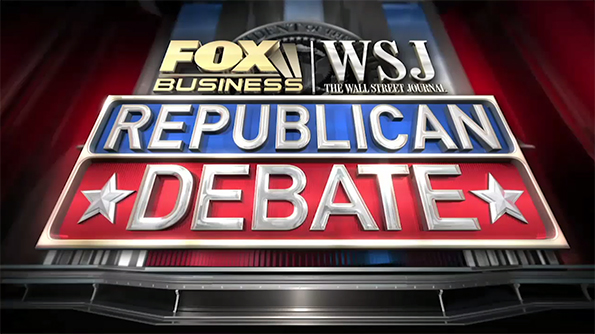 Milwaukee was the site of the fourth Republican Presidential Debate, hosted by Fox Business Network and The Wall Street Journal.

The event, which took place Tuesday at the Milwaukee Theatre, used the same set as Fox News’ debate earlier this year from Jack Morton PDG, with lighting design from The Lighting Design Group. The debates opening included video from around the state, including heavy use of Drone footage. Landmarks were shown, along with stock shots of Wall Street, ending with a historic look at the Republican Party’s history in Wisconsin.