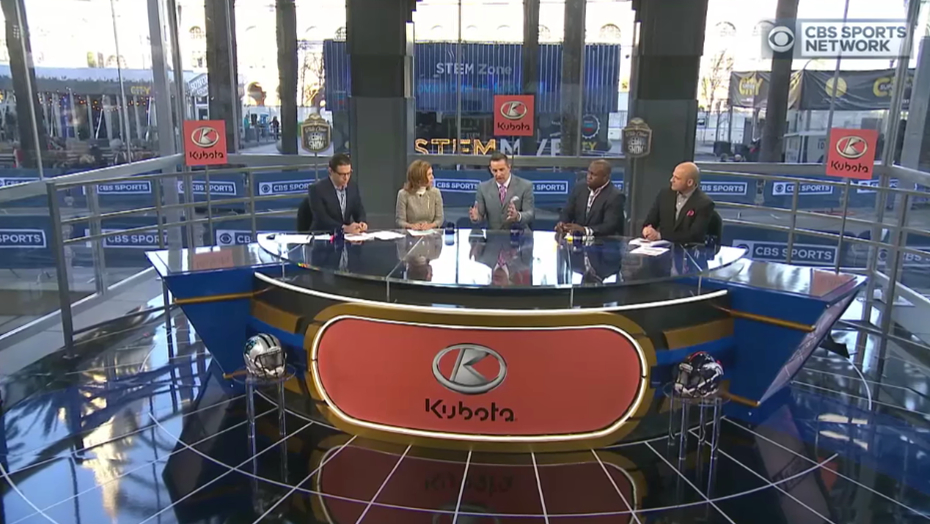 With Super Bowl 50 just days away in the Bay Area, the networks are now using their temporary homes along the Embarcadero.

CBS has the largest compound (not by height… NFL Network has that), with a mini football field, two zip lines and a replica of the Golden Gate Bridge.

CBS Sports rolls out new graphics ahead of Super Bowl

We’re not sure why they need a zip line, but we bet the pre-game show on CBS takes advantage of it… CBS’s setup includes an enclosed studio with a Super Bowl sized desk. The setup can easily seat 5, or maybe 7 people, and features placements for sponsors. Behind the studio is a view of the Ferry Building and parts of the Super Bowl City fan zone.