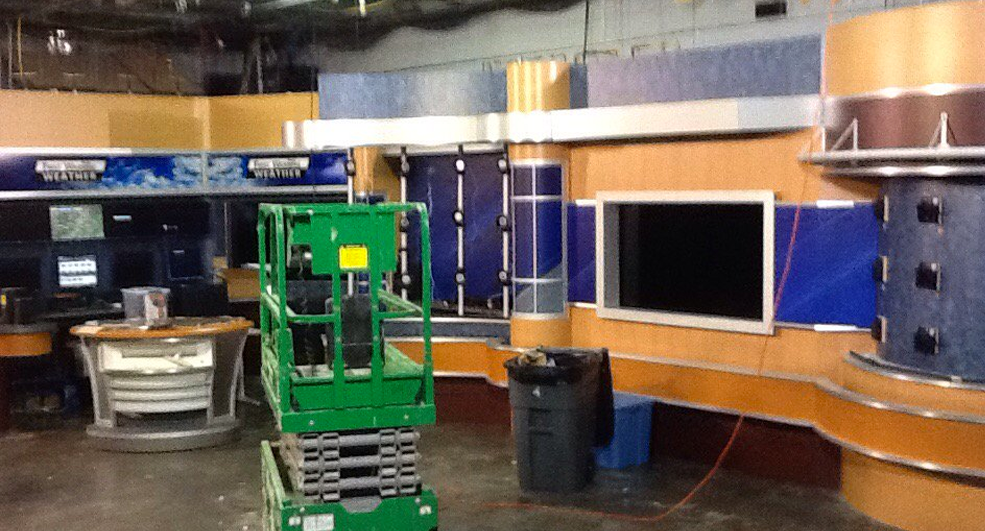 KXAN-TV, the Media General NBC affiliate in Austin, Texas, has started removing its old set in preparation for a new look.

Anchor Robert Hadlock tweeted a photo of the new set with most of the monitors and graphics removed.

The station expects to debut the new set in time for the Rio Olympics games on its parent network.

The old set featured a standing anchor desk flanked by monitor arrays and a weather center, as well as a multipurpose area.

Our home of 9 years is being dismantled. New set coming in August! pic.twitter.com/ct7xb5pe8J

KXAN-TV previously branded on air as “Austin News” before switching to simply KXAN News with the tagline of “In depth. Investigative.”