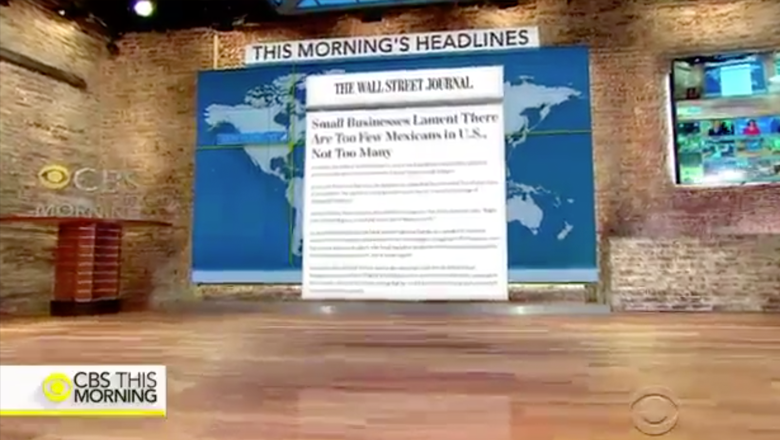 CBS News‘ “CBS This Morning” has shed a historic part of its set.

The wall is framed by the set’s exposed brick and is also used in conjunction with augmented reality to add both the show logo and graphical elements, as shown above. During other segments, a digital, animated version of the Cronkite map is fed to the monitor wall.

The real-Cronkite map has been relocated to the other end of the studio.