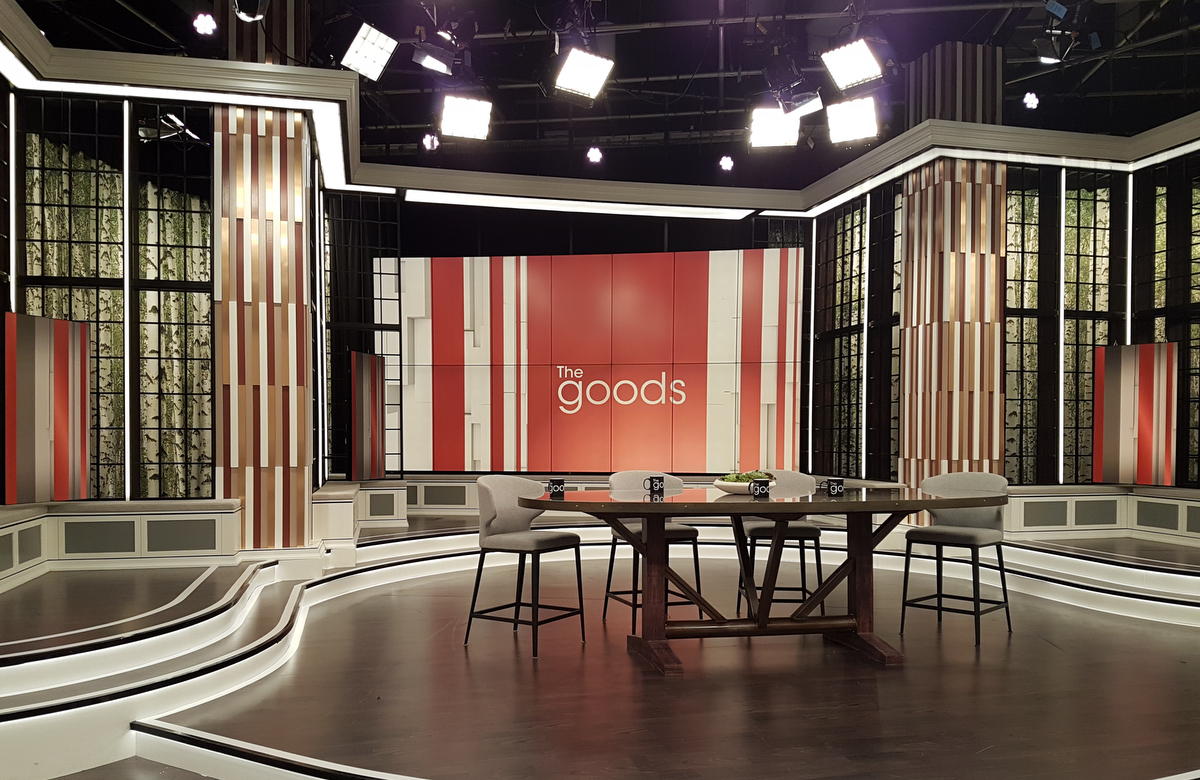 Using NEC’s X555UNV, the set design features an angled 8×2 wall camera center, comprised of bezel-free monitors in portrait mode, a 6×1 display in a secondary area to the right and three single displays around the set.

“Once we were officially selected for the job by CBC, we installed the attention-grabbing set with cutting-edge NEC displays that are gorgeous, fully functional, and extremely engaging. They have really served as a staple on the show thus far,” said David Weatherhead, president of Advanced.

Helping drive the on-set technology decision was the need for clarity, image and color uniformity and the need for high resolution output. As well, it was necessary for the studio cameras to capture the displays at tight angles without a moiré effect.

“The latest generation of NEC displays are really advanced, especially for this particular application,” said Kevin Linton, VP of engineering at Advanced. “There is absolutely no moiré effect when filming these displays. Between the color formatting, the narrow bezels, and the high resolution, we knew that NEC’s X555UNV panels would be ideal for the show.”

To help speed along installation, Advanced’s custom designed and fabricated mounting system was used, which was developed with studio environments in mind.

“Our end of the project took less than three days from beginning to completion, which is a short amount of time given the scope of what we were able to accomplish,” Linton explained. “Advanced’s custom mounting system, specifically created for this application, made it possible.”

The set design was created by InFrame Designs’ Alex Nadon, with the show filming in Toronto, Canada.

“The set designer, show producers and hosts are extremely happy with the displays,” Linton continued. “Video walls are increasingly becoming prevalent in broadcast studios, and they are being integrated more and more into a show’s actual content. Whether they are used as a graphic backsplash or for interactive purposes, the quality of the display makes all the difference.”