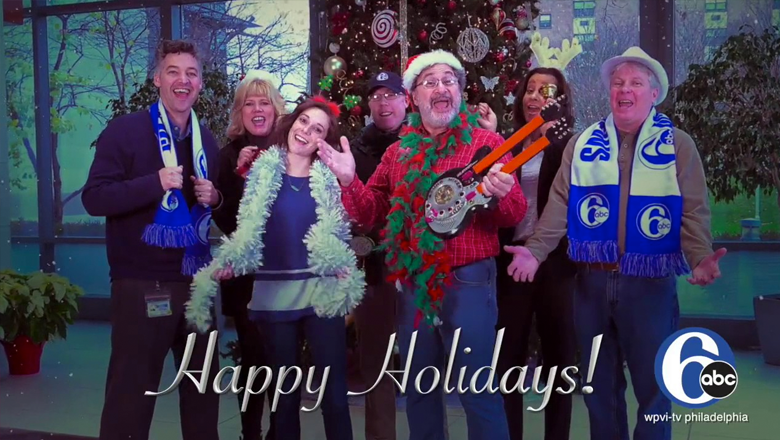 Check out our picks for local TV station holiday promos.

KSTP-TV’s “Twin Cities Live” is using a mix of outtakes and memorable moments from its show in its holiday promo.

ABC O&O WTVD-TV in Raleigh, North Carolina, uses a frosty animation of snow forming words and its logo set against the “Carol of the Bells.”

Atlanta’s WGCL-TV is using a mix of anchor shots and intricate curved and sparkly graphics in its holiday spots.

Philadelphia O&O WPVI-TV uses a fun mix of station talent and graphics with its round blue logo doubling as a Christmas tree ornament.

Louisville, Kentucky’s WAVE-TV uses one of its holiday spots to double as a promo for its smart phone apps, reminding users who get the gift of new tech to download the apps.

Have any favorite promos? Let us know in the comments.