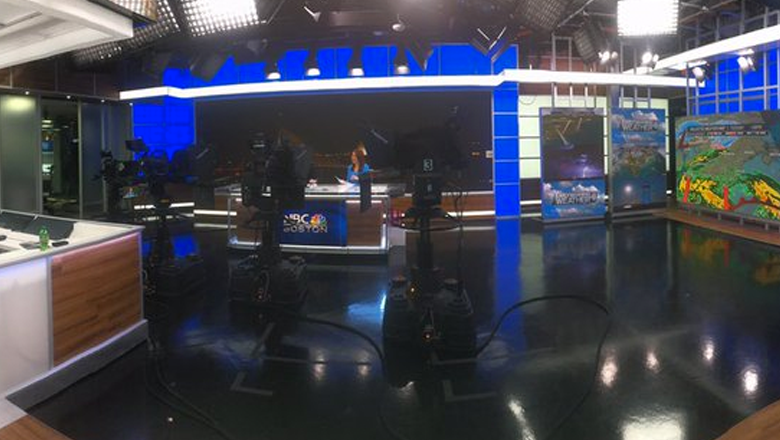 The station is headquartered in the Boston suburb of Newton, in the same building that houses Telemundo Boston and New England Cable News (NECN).

The new station’s newscasts took over Studio A, which was originally used by Telemundo and NECN.

The space, which originally debuted in 2015, has been upgraded with some additional LED elements, including, perhaps most notably, an expansive LED panel behind home base that displays 4K quality video feeds of the Boston skyline. Studio A now includes some added video stacks and a new video wall that can be used either independently or together in a corner-style arrangement. The studio’s previous secondary video wall remains and is also used for standups. The basic layout, including opening to the newsroom camera left and weather center, remain mostly untouched, while the space does boast a new anchor desk and other updates from John Casey Production Design, fabrication by Sacks Exhibits and lighting design from JM Montecalvo at Spectrum 401.

Telemundo and NECN, meanwhile, moved down the hall in November 2016 to a much smaller space dubbed Studio B, that has a similar look and feel to Studio A. Meanwhile, now former Boston NBC affiliate WHDH-TV rolled out a series of set changes in December in anticipation of its new life as an independent station and expanded news offerings.