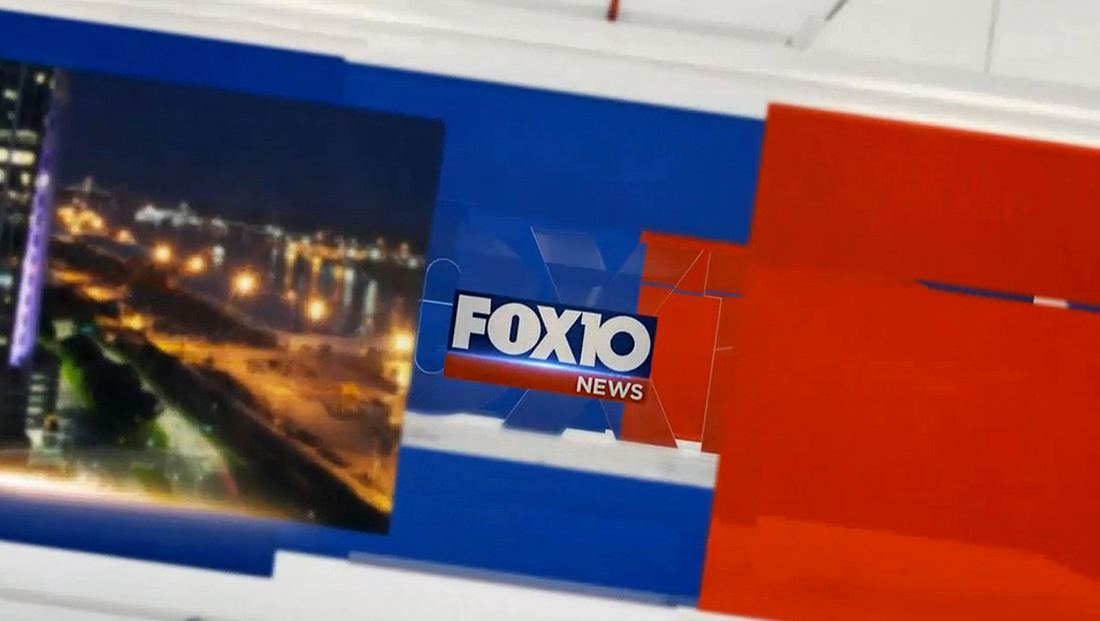 The station now uses a blue and white logo that retained its distinctive “10” typeface but dropped the spelled out iteration of the number, as noted in our Design By Numbers series on Channel 10 logo designs.

The new logo also includes the station’s “Committed to you” tagline under it. The new graphics package, meanwhile, continues the red, white and blue look found in the logo.

The design is a flatter look that still manages to create a sense of depth through the use of subtle light bursts, layering and glass effects on letters and shapes. The lower thirds take on a bit darker look through the use of deeper shades of blue and red, with black mixed into the station’s breaking news look.

Compared the rest of the package, however, the lower thirds appear to be a bit less refined and a bit tight — and could perhaps benefit from more generous spacing. Also included in the update is a new look for the station’s weather coverage, which is presented under the “Storm Tracker” moniker.

These graphics drop the red in favor of blue, white and gold, while still retaining the same flatter style accented with glass effects found in chevrons and circular radar scan designs. Musically, WALA switched from “Right Here, Right Now” to “This is Home” from Warner/Chappell Production Music.