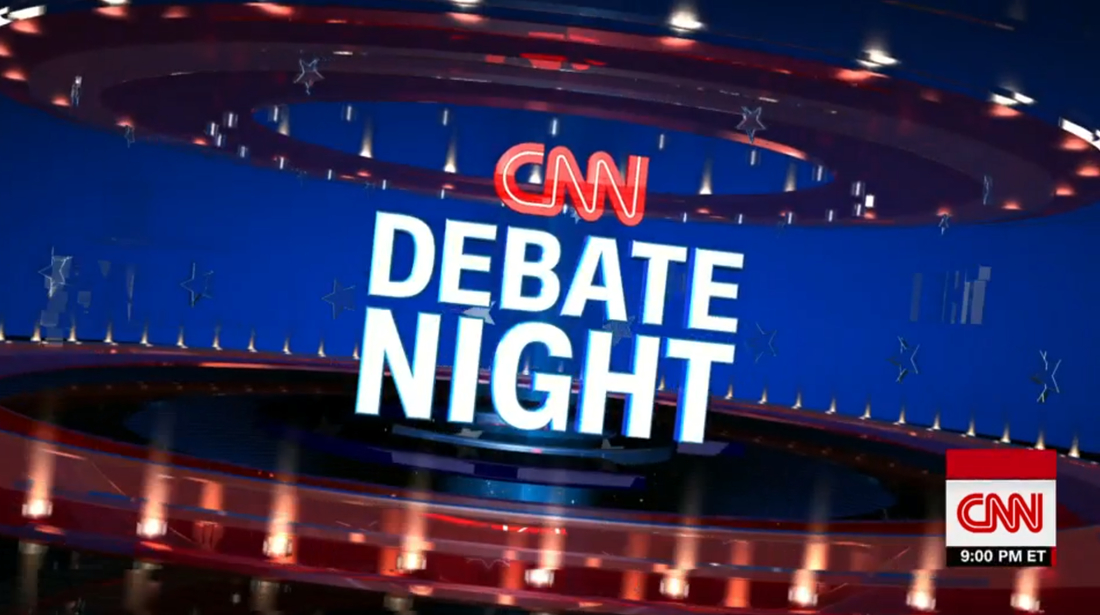 For CNN, the election season may be over and settled, but not the debate.

Last night, the network continued it’s “Debate Night” theme with Senator’s Ted Cruz and Bernie Sanders squaring off on healthcare policy in America and the impending repeal and replace of the Affordable Care Act (or Obamacare). Broadcasting from Washington and the campus of George Washington University, the debate matched CNN’s election look with patriotic banners and the network’s familiar lecterns. Lighting design helped set the scene, with blue washes on the debate halls walls and many red/blue lights added for dramatic effect on wide shots.