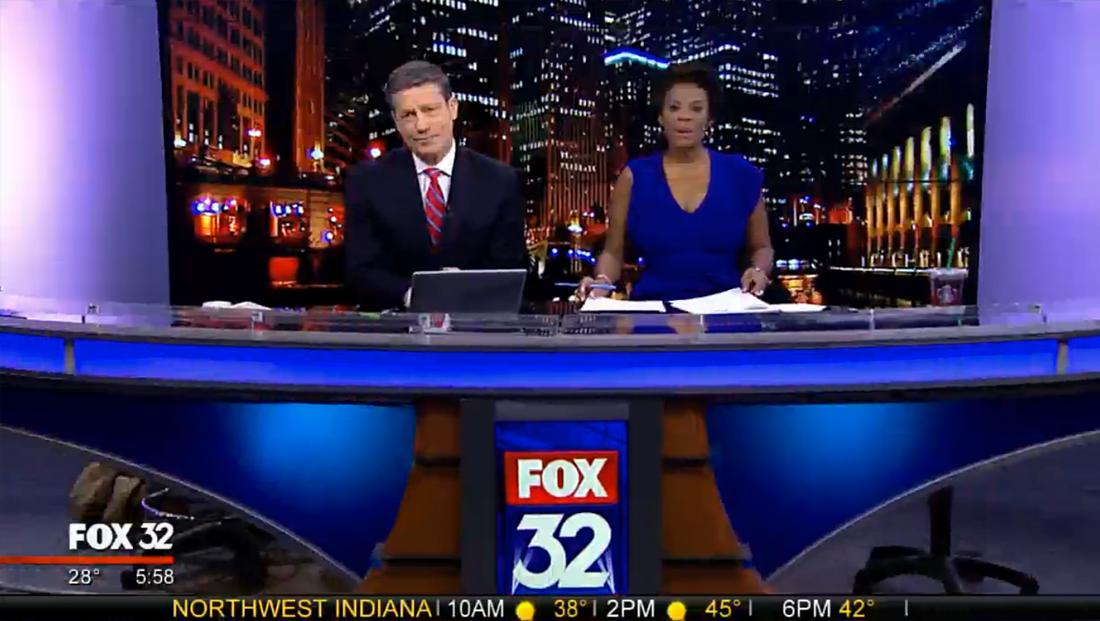 WFLD, the Fox O&O in Chicago, has moved to a temporary set as it prepared to launch a new set in March.

The station’s current set, which was updated to use vertically mounted video panels in favor of a printed dura background, has been in use for over five years.

The temporary set makes use of the station’s old anchor desk, with talent seated in front of a video panel showing a skyline video feed. To the left and right are light blue panels.

For weather and other in-studio tosses, the station is using two boxes instead of wide shots.

WFLD is one of Fox’s weakest owned television stations, with its newscasts regularly finishing in last place, behind even the market’s former CW station WGN, which now falls under the independent banner.