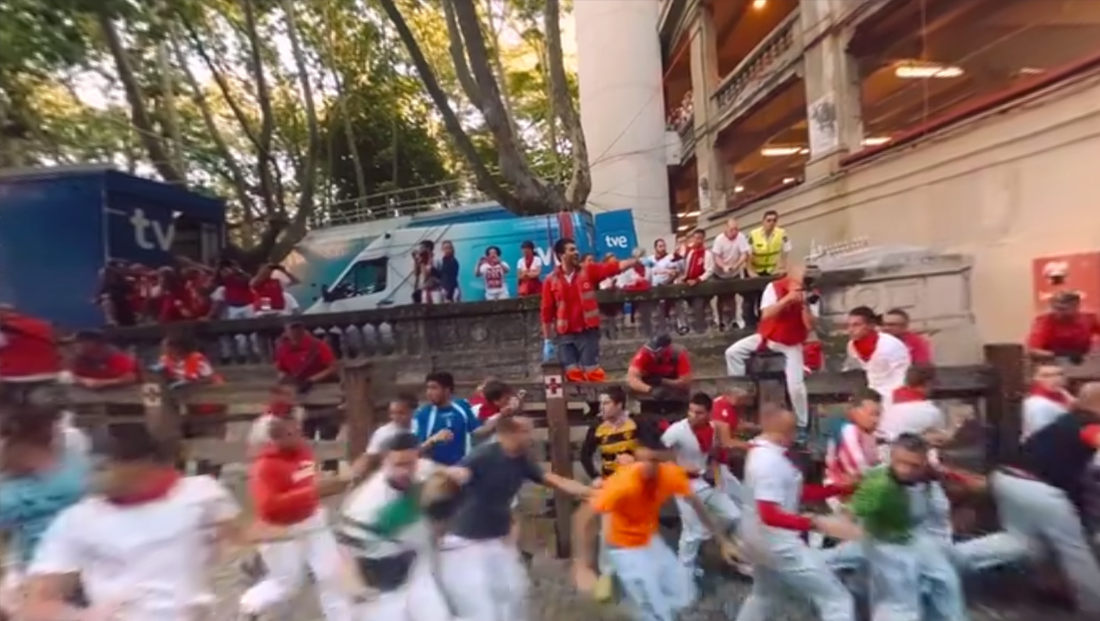 Correction: An earlier version of this post incorrectly stated the compatibility of the CNNVR videos. The CNNVR experiences are visible on both iOS and Android devices via the CNN app. Only Android has a standalone CNNVR app, however.

CNN has launched CNNVR, a unit that will produce virtual reality content to supplement its news coverage.

The cable news network launched the new unit by offering a 360-degree video experience of the running of the bulls in Pamplona, Spain.

The 360 video of event, which is held annually, includes multiple vantage points along with nat sound and a dramatic musical bed.

CNN plans to offer additional 360 videos for other global events in the future.

On computers, users can pan and tilt around the experience.

Though this is not a truly immersive virtual reality experience, it does offer a unique view that wouldn’t be otherwise available.

CNN is offering a dedicated Google Play app for Android devices and the experiences are also available in the “main” CNN apps for both Android and iOS.

Outside of the apps, however, the 360 videos aren’t supported in iOS Chrome or Safari browsers — instead users are treated to a “Reality check” error message: