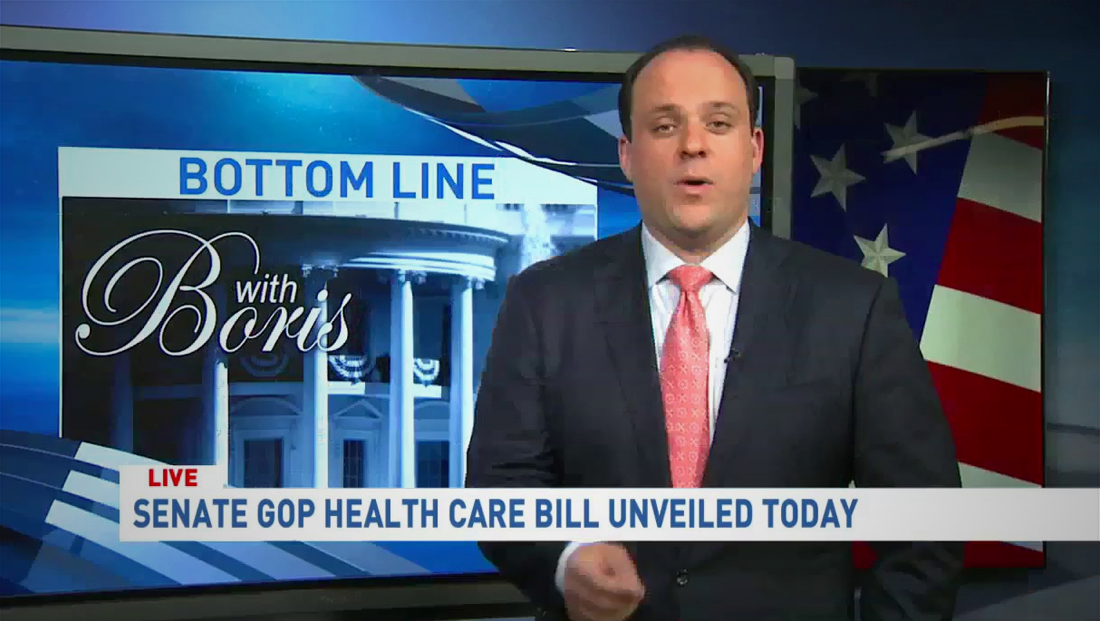 With Sinclair Broadcast Group, already the nation’s second largest owner of TV stations in the United States, poised to get even larger, Bloomberg has a lengthy article on what it calls the broadcast group’s distinct lack of production values.

The regular segment “Bottom Line with Boris,” a “must run” segment hosted by the station group’s chief political analyst Boris Epshteyn at the company’s headquarters in Maryland has come under fire lately for its pro-Trump messages.

In the article, Bloomberg writes, “the segments look like something you might see on Fox News — but only if you stripped away Fox’s high-end graphics, state-of-the-art studios, tailored wardrobes, perfect dental hygiene, and polished scripts. Epshteyn’s low-budget shtick, often delivered in front of a graphic image of the White House overladen with the stars and stripes, hasn’t wowed critics.”

These “must run” packages aren’t the first time Sinclair has attempted to combine production and content across its owned stations.

In 2002, Sinclair launched a beta test of “News Central,” a blend of locally produced segments and ones produced at Sinclair HQ using coordinated sets and graphics to create the illusion of a single, streamlined newscast.

Although the format eventually expanded to 13 stations, Sinclair shut down the operation in 2006, with each station going back to producing news on its own, albeit with content piped in from Sinclair corporate, or partnership with another station in its market to produce local news.

It’s worth noting that the “News Central” brand has been used in several cases since Sinclair used it.

Sinclair also came under fire when it ordered all of its stations to air “Stolen Valor,” a documentary-style piece critical of U.S. presidential candidate John Kerry’s anti-Vietnam War activism.

The show was slated to air about two weeks before the 2004 presidential election.

Plans called for stations to pre-empt primetime programming to air the show, though after both legal and advertiser complaints, Sinclair backtracked and claimed it only intended to air clips of the program during debate-style shows.

Ultimately, the content was not used in either format.