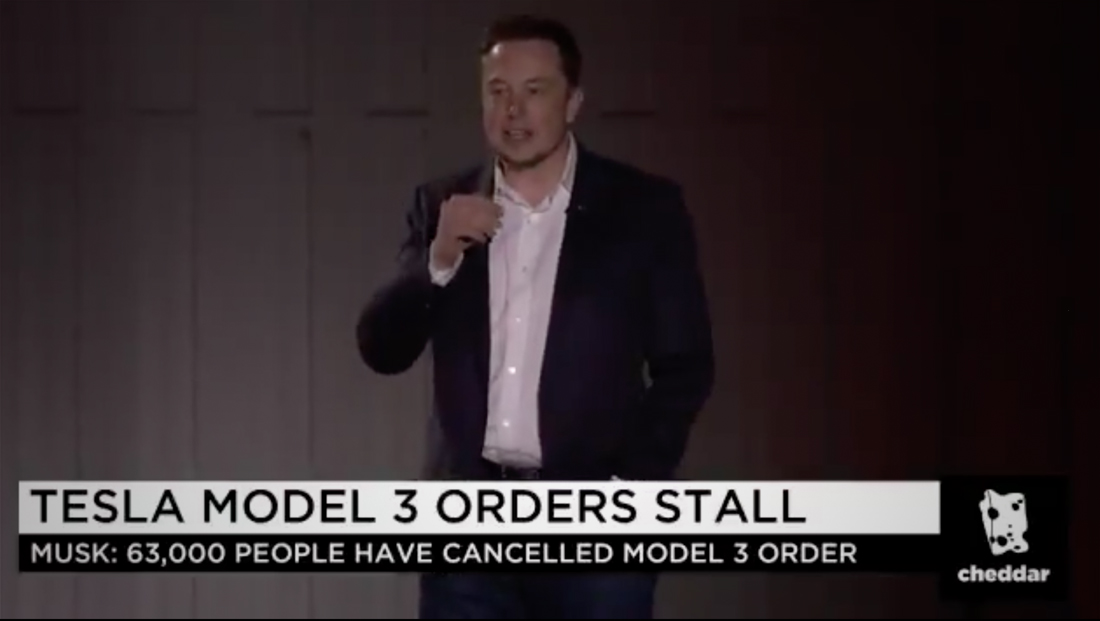 Streaming business and financial network Cheddar revealed a new, easier to read graphics package that sheds some of the network’s playful look and feel.

The new graphics include a back and white scheme accented with pink.

The network’s logo, which is aptly a wedge of cheese, is no longer the cheerful yellow but rather a flatter, white in the lower right of the screen. The pink accent color, which is used fairly sparingly, also appeared in the old look, which featured a full color cheese icon with more shading and pale silvery-blue and grays with gradients.

The new lower third graphics include a wider, clearer typeface which now occupy a larger space as well.

By simplifying its look, Cheddar appears to have accomplished a few moves in a one swing — moving toward a more sophisticated, muted look for the brand while also reducing clutter and improving legibility for a service that is often viewed on smaller screens.

While these moves are worthwhile changes, it also is a bit disappointing to see the network lose, at least from a visual standpoint, its playful cheekiness that came with its “cheesy” name that also helped it stand out, whereas the new look has similarities to many of the other graphics out there.