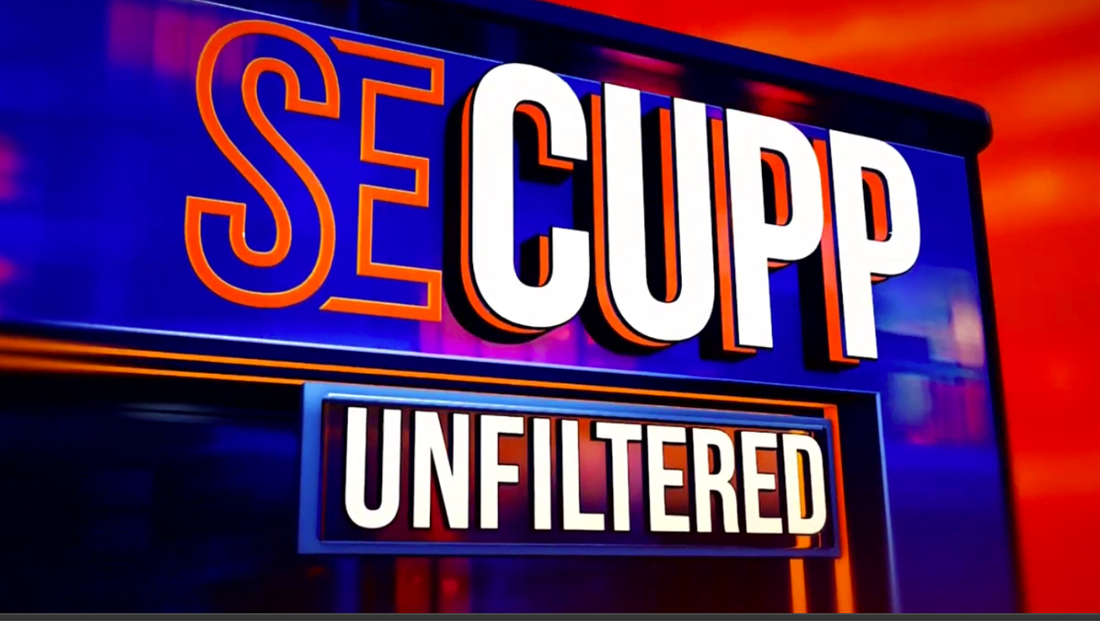 HLN’s new show “S.E. Cupp Unfiltered” makes use of a bold design that makes use of orange-red lines as a primary design motif.

The show, which originates from CNN’s New York City studio that is also home to “CNN Tonight” and other programming, uses lighting effects to colorize the stylized cityscape backgrounds in a vibrant violet and orange color scheme.

The show’s logotype renders the letters “S” and “E” with thick orange-red outlines, with the left side of the “E” blending into the “S.”

The rest of the host’s name, meanwhile, is rendered in bold white with an orange-red drop shadow followed by a black layer.

The word “Unfiltered” is in the same condensed font with a violet outline surrounding it. The orange-red lines make an additional appearance in the OTS graphics, when a jagged one with deep violet edges snakes over the screen before serving as a background element behind the OTS proper, which incorporates the violet shade as well. In addition to the standard HLN lower thirds colored in the violet hue, the show also makes use of rundown-style graphics in rectangle boxes along the bottom of the screen.

In this design, each story is accompanied by a photo, with the current one becoming larger and an orange shade reserved for the “now” story. In addition to the bold cityscape backgrounds, the show also makes use of the studio’s corner screens for both branded and topical imagery, while the edge of the riser features black renditions of the show logotype running along the side. The show’s logo also appears, in a different typeface, as an animated element next to the HLN bug.