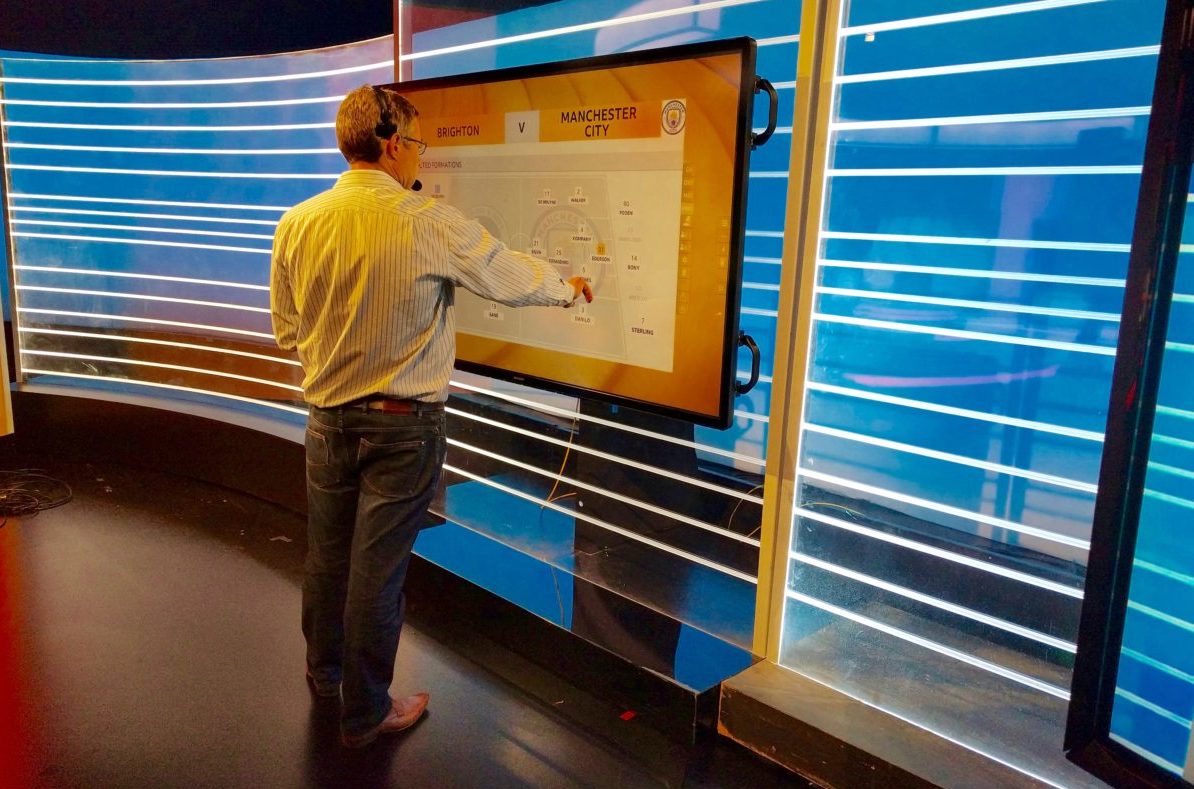 For the 26th season of the Premier League and on-top of a recent on-air redesign, BBC Sport has introduced Reality Check Systems’ (RCS) LaunchPad touchscreen graphics and analysis solution.

RCS completed the integration as part of a new deal with the BBC.

“Mass audiences tune into BBC Sport’s coverage each weekend wanting to see the latest action and updates on their favorite teams and players. This season we wanted to improve and build upon what we already do and give viewers more detailed information in a more visually interesting way,” said Phil Bigwood, EP of BBC TV Sport. “With tactical analysis becoming an increasingly important tool in live sports production, we thought LaunchPad could help us better engage fans with dynamic graphics and in-depth analysis of their favorite players and teams. LaunchPad is a great storytelling product containing a range of useful tools to help keep viewers entertained and informed by our coverage.” Example of graphics on RCS LaunchPad

LaunchPad primarily resides in BBC Sport’s Salford-based studio, where it is used by BBCs Premier League and other sporting event broadcasts, enabling real-time analytics and telestrations before, during and post-match/game.

In addition, BBC Sport plans to use a second LaunchPad system to cover remote events.

LaunchPad is powered by Foundation, RCS’ cloud data service, which automatically culls Opta football match data, sorts and organizes the information and makes it accessible via the touchscreen.