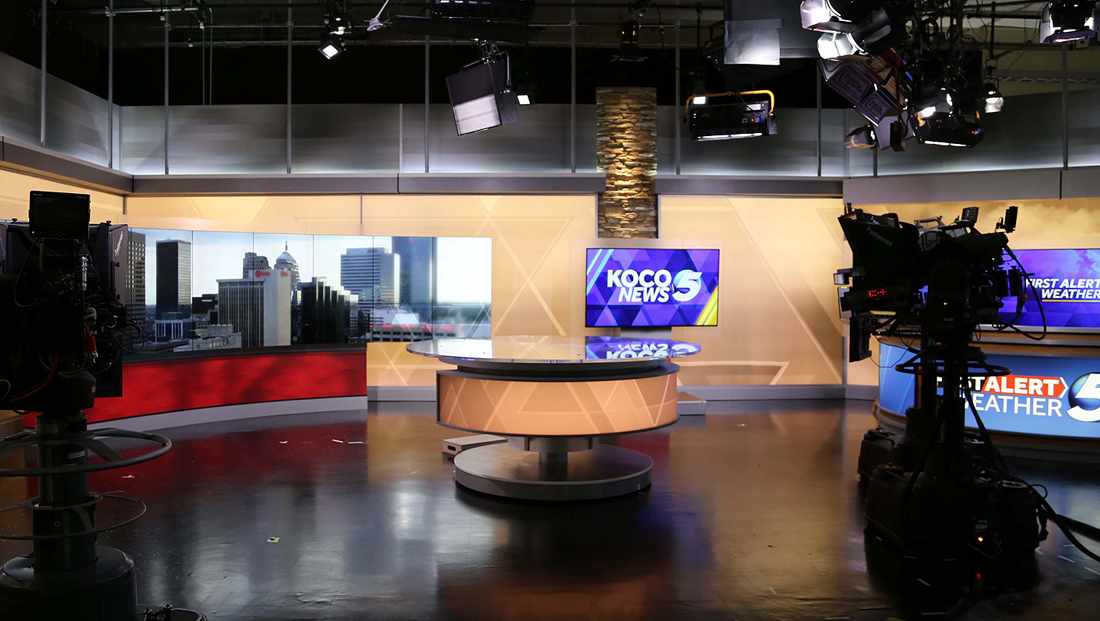 KOCO, the Hearst owned ABC affiliate in Oklahoma City, has taken its group’s trademark design element — the diagrid — and used it in an oversized scale on its new set from Devlin Design Group. Printed on these graphics are large renditions of the Hearst graphics package signature look, known as the “diagrid” and inspired by the Hearst Tower in New York City. The diagrid pattern makes frequent appearances on the on-set video walls as well.

Elsewhere in the studio, bold red knee walls are found below the various video arrays, with a stacked stone pillar behind a video monitor to the right of the anchor desk. In the weather center, dubbed the “Weather Healm” the diagrid pattern transitions to clouds and an oversized “5” icon before the angled look comes back into play. The far right of this space features a stacked stone wall with an additional 6×1 video array with bold red bases.

Given its location in Tornado Alley, the set also features two weather presentation desks which can be configured in a variety of ways to take advantage of both the two large video panels behind the primary one or the smaller video array to the far right, which in turn can also be used for standups and other segments.